Clear skies and cool morning on Oneida Lake, launching from a protected bay, anglers hitting the main lake experienced a bumpy ride to their starting spots. The day proved to be tough, as anglers struggled …

The 2022 Washington State Championship was held on Potholes Reservoir in Morton, WA. The team of Aiden and Dylan Grad took 1st place with 14.86 pounds. In 2nd place was Wesly Opsahl and Nolan Williams …

The 2022 Vermont SAF State Championship was held July 24th on Lake Champlain. At the end of the day the team of Eric Dessureau and Jordan Farr took 1st place with a five fish limit …

Finished 19th out of field of 144 collegiate teams! 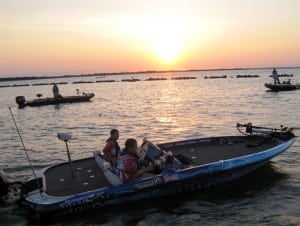 5/27/11, Lake Lewisville, TX – 2010 High School Fishing World Champions, Ethan Snyder and Jared Raymer of Meade County High School Kentucky arrived in style at the 2011 BoatUS Collegiate Bass Fishing Championship and finished in style as well! The team was provided a fully wrapped Ranger Boat to compete in against the nation’s top COLLEGIATE bass fishing teams. Snyder and Raymer really liked driving that wrapped Ranger, “It was pretty awesome because people would immediately recognize who you were.” They earned a berth into this tournament as the first ever High School Fishing World Finals Champs in 2010 at Russellville, Ark. END_OF_DOCUMENT_TOKEN_TO_BE_REPLACED 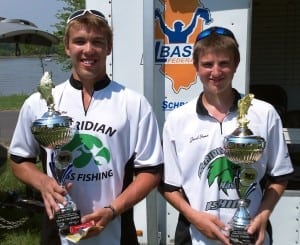 Mt. Vernon, IL, 6/4/11 – The inaugural Student Angler Federation Illinois High School Fishing State Championship was held June 4 at Rend Lake, Mt. Vernon, Illinois, at the Marcum South Boat Ramp. The state championship was a two person team event for students in grades 9 -12. It was open for all high school anglers and their “coach,” who provided provide the boat they competed in. Together, the teams can bring in a 5 bass limit between the two anglers.

Meridian High School Hawks Anglers Jacob Brown and Kyle Gates were victorious and were named the 2011 SAF Illinois High School Fishing State Champions. Together, they brought in a limit of 5 bass that weighed 12.47 lbs. “Early in the morning, we started off trying to flip the brush and it was going a little slow for us, so we went out deeper and started Carolina Riggin’ the flooded points and that’s where we caught most of our fish at the end of the day,” Gates stated. The anglers culled about 15 fish and kept their heaviest five. For bringing in 5 fish that were alive, the team won a bag of baits with TBF Sponsor Berkley’s program called ‘Five Alive’. END_OF_DOCUMENT_TOKEN_TO_BE_REPLACED 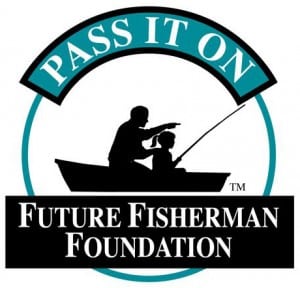 McLean, V.A. (May 31, 2011)—In light of difficulties raising much-needed funding to support its programs, the Future Fisherman Foundation (F3) has sought and found a new home with The Bass Federation (TBF), Inc. of Ponca City, Okla.  Since 1968, the Federation has been recognized as the oldest and largest organized broad-based, independent, grassroots organization in bass fishing. After weeks of discussion, F3’s board of directors and the leadership of TBF approved the merger, which will ensure important F3 programs such as Hooked on Fishing Not on Drugs (HOFNOD) continue to be available for educators and youth throughout the U.S. The transfer of all F3’s assets to TBF will take place immediately. END_OF_DOCUMENT_TOKEN_TO_BE_REPLACED