Mother Nature greeted the Student Angler Federation (SAF) South Carolina High School Anglers with some below average temperatures for the morning take-off at Lake Hartwell.  With temps hovering around the freezing mark, anglers were still …

The first GHSA Qualifier rolled into Bainbridge on January 21.  The weather was much improved from that of last year.  With warmer temps and better weather conditions, there were quite a few more fish brought …

The 2023 Alabama SAF State Championship Tournament was at Lake Jordan, Wetumpka, AL. The tournament launched out of the State Ramp and SFA. The weather for the tournament day was windy / cold and only …

Mother Nature greeted the Student Angler Federation (SAF) South Carolina High School Anglers with some below average temperatures for the morning take-off at Lake Hartwell.  With temps hovering around the freezing mark, anglers were still excited to get out on the water in search of the winning bag of fish.  Even with the colder temps, the fish were very cooperative.  Twenty teams came to the scales with a limit and another thirteen teams brought at least one or more fish to the scales that afternoon. 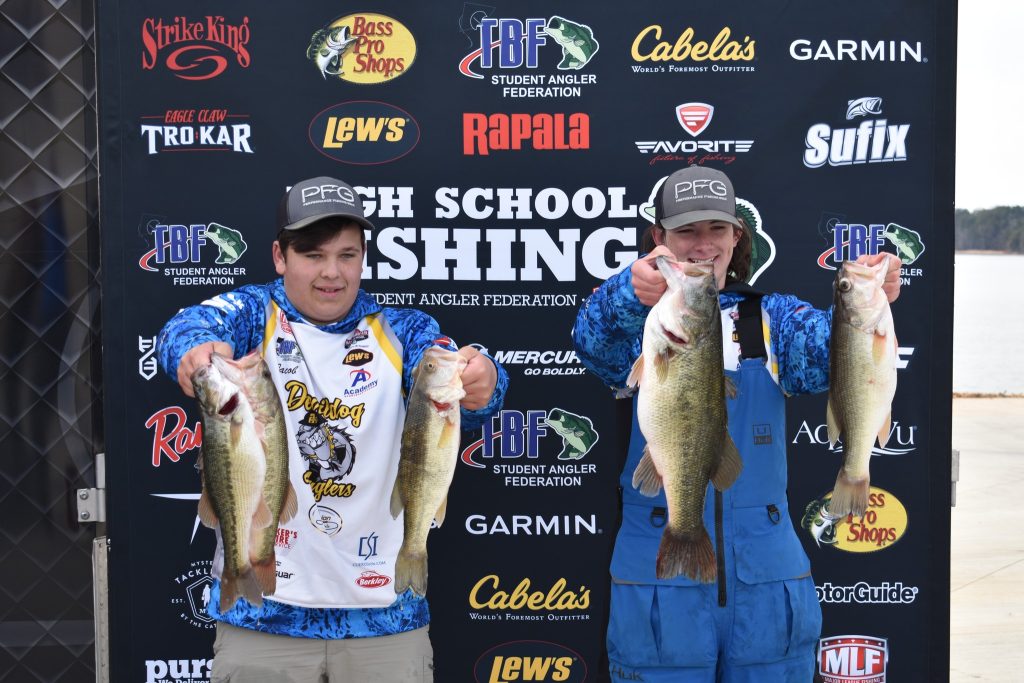 The Devil Dog Angler team of Austin Short and Jacob Greenwood caught 17-07 pounds which was just enough to take home the win and the two nice first place trophies.  Bryson Holland and Jacob Stone from the North Augusta Fishing team finished second with 15-14 pounds.  The Crescent Tiger team of Landen Jordan and Joshua McGuffin finished third with 14-07 pounds.  Ounces behind them, in fourth was the Wrenn Fishing Team of Jake McGaney and Clayton Nix with 13-15 pounds. Caden Barnett and Chloe Barnett of the Crescent Tigers finished fifth with 12-15 ponds. 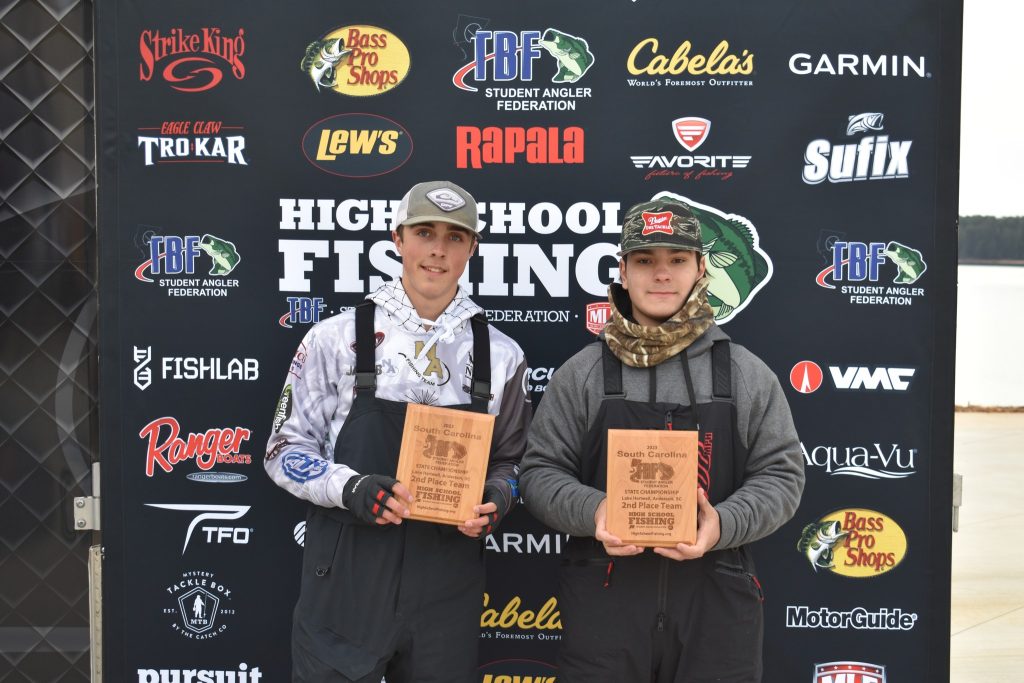 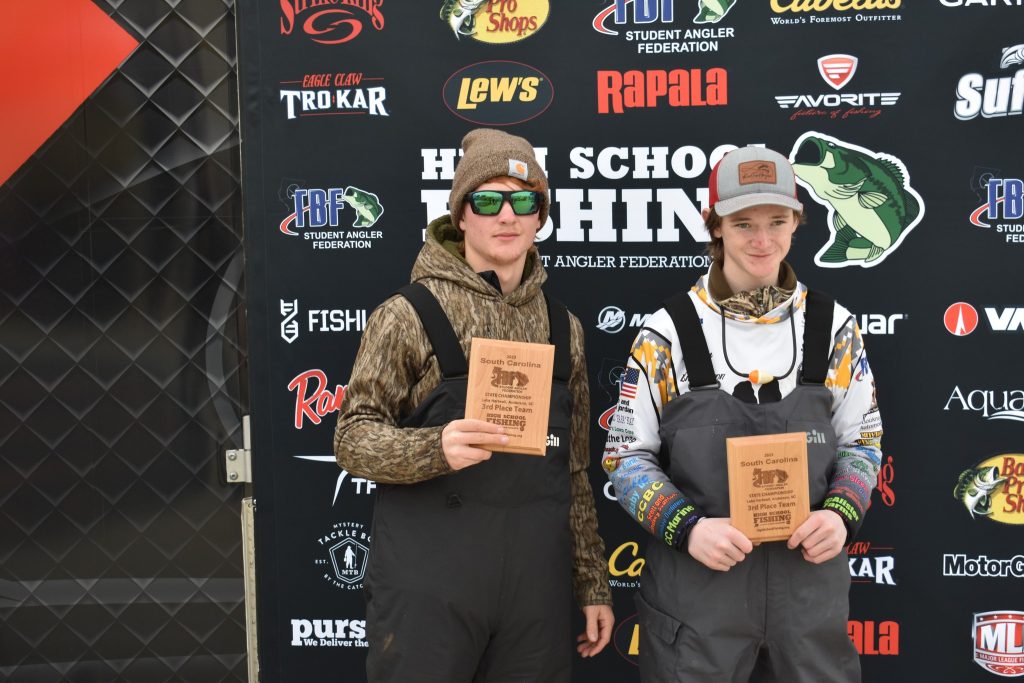 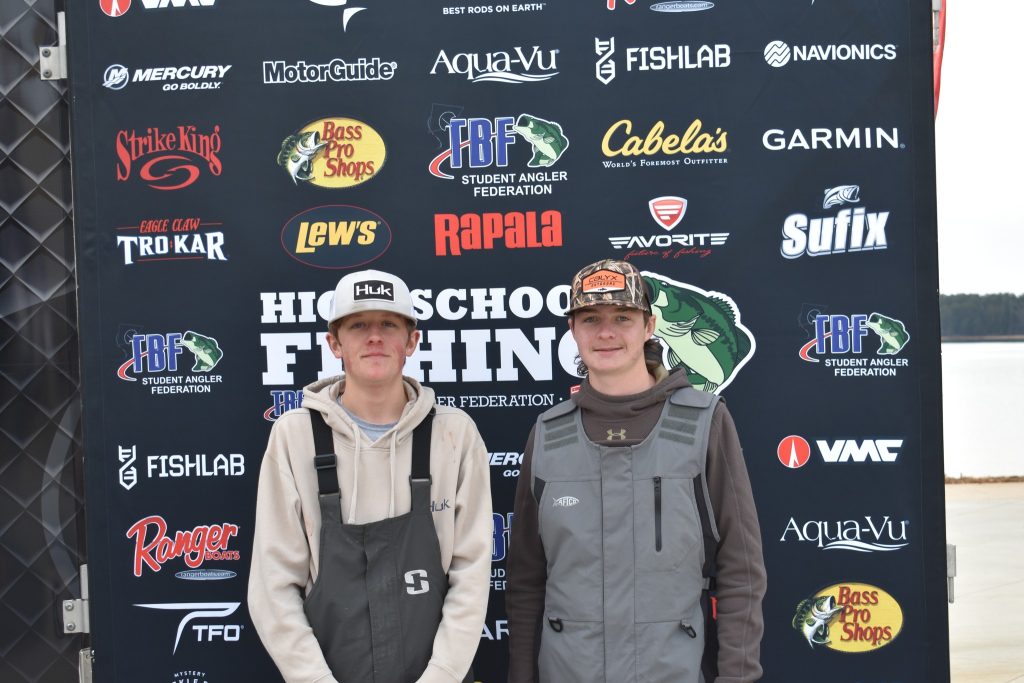 The biggest bass of the day was caught by the winners, Austin Short and Jacob Greenwood for a stud 7-01 lunker.  They received a pair of Lew’s Reels for their catch.  Anglers were catching fish in a variety of methods at this event.  Several teams reported that they were fishing anywhere from 35-60 foot deep, with Drop Shots, Ned Rigs, Swim Jigs and Under Spins.  Yet other teams were catching their fish more around the 5-10’ range around points and docks on spinnerbaits, crankbaits And Texas Rigged plastics.   Several of the teams said that they were catching as many as fifteen to twenty keepers during the day.

Full results can be seen by clicking HERE

Photos from Hartwell can be seen HERE

The Student Angler Federation (SAF) kicked off the calendar season of High School Fishing with its Florida High School Fishing State Championship at Lake Toho on Saturday, January 28th.  The Osceola Anglers made a clean sweep of the Top 3 teams with Tripp Berlinsky and Jacob Sharpe coming out with the win by putting 14-13 on the scales.  Second place belonged to Guy Scott and Jordan Scott with 11-00 pounds and then Whaylon Bracken and Jayden Shumbera with 10-10 pounds.  Guy and Jordan Scott also took home Big Bass honors with a nice 4-09 lunker.  Anglers were using soft plastics around grass lines and brush piles to catch most of their fish.   The cooler than normal weather made fishing a little tougher than normal for this time of the year.  Gage Rumping and Luke Miller from Harmony High School finished fourth with 10-04 pounds and Colton Privett and Caden McManama finished fifth with 9-10 pounds. 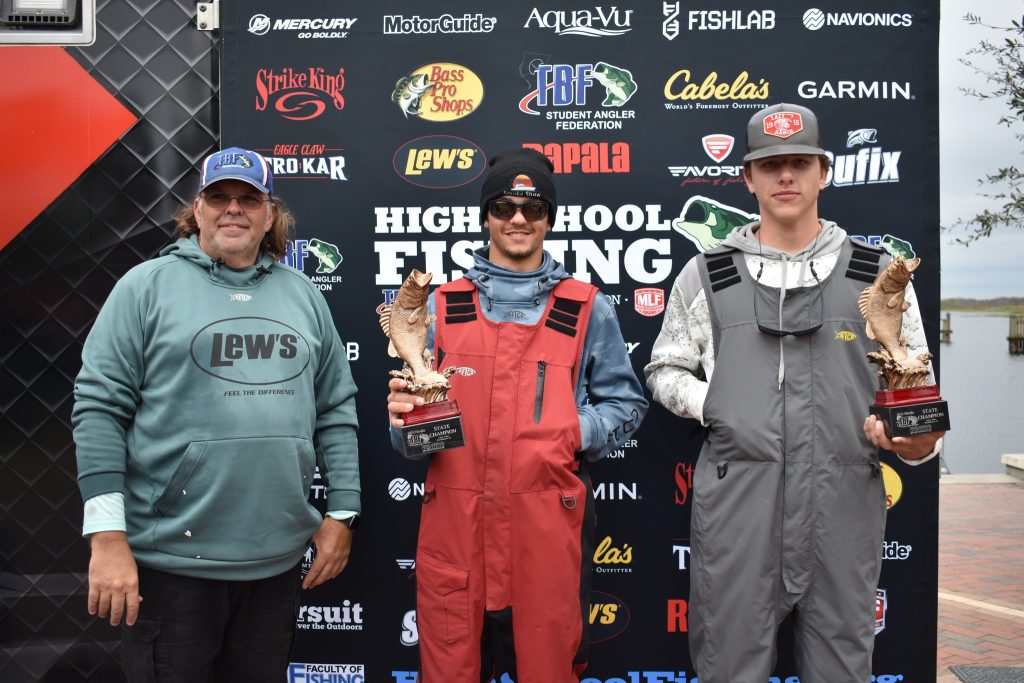 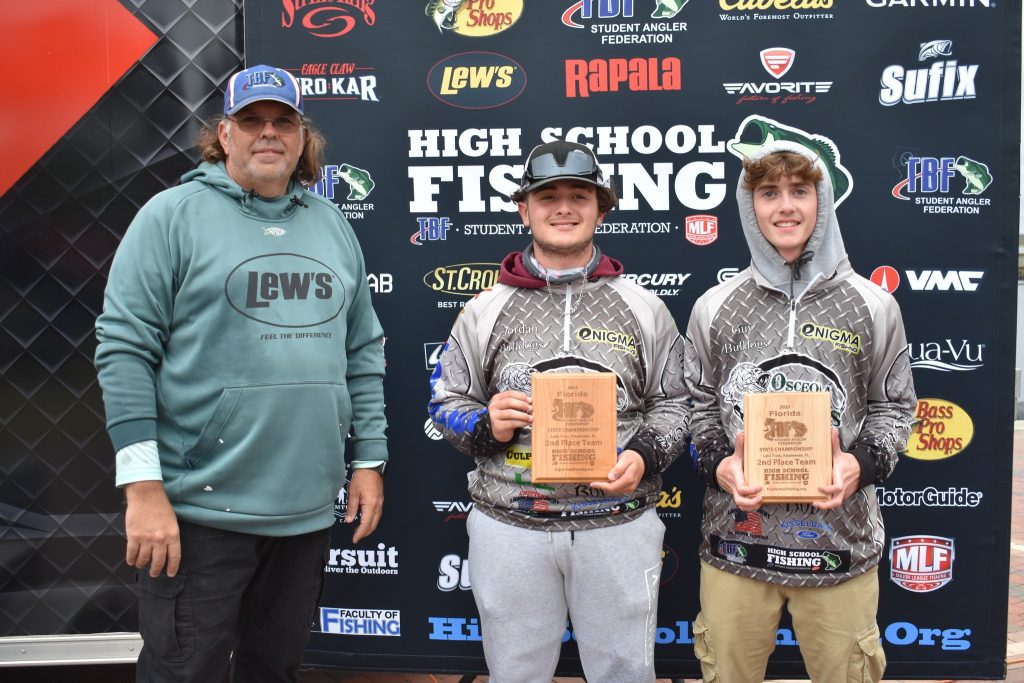 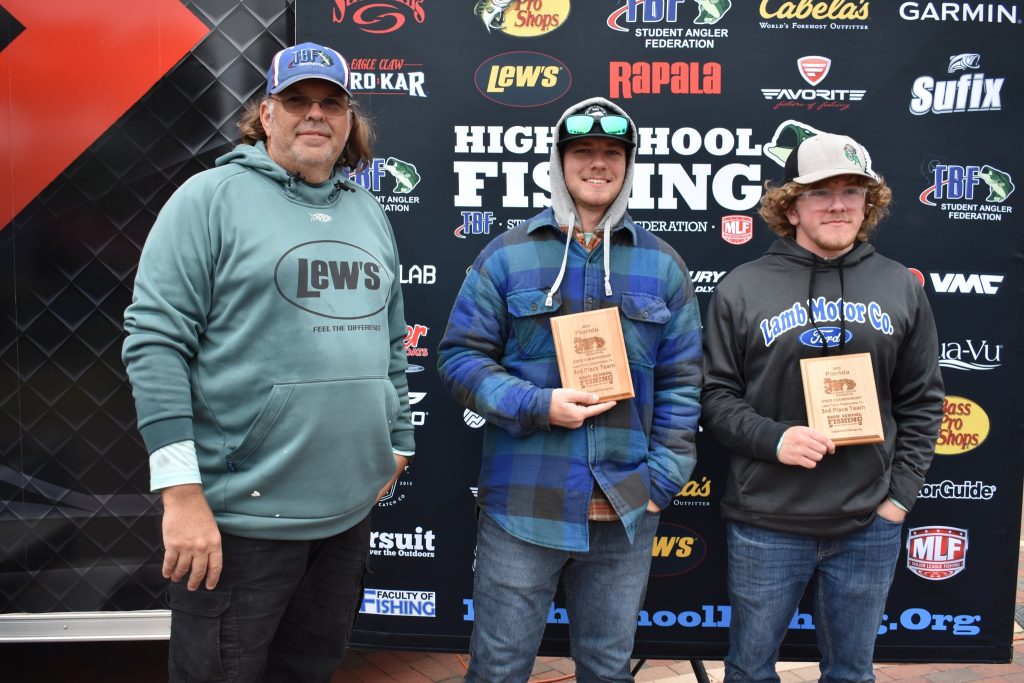 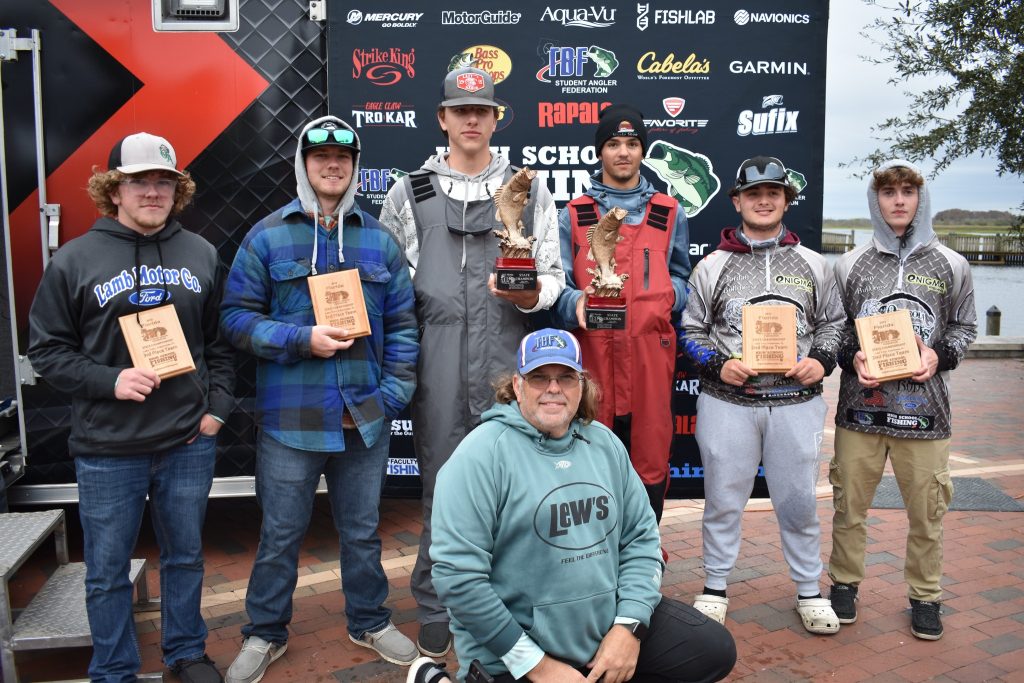 Full results can be found HERE

The first GHSA Qualifier rolled into Bainbridge on January 21.  The weather was much improved from that of last year.  With warmer temps and better weather conditions, there were quite a few more fish brought to the scales this year.  A total of 252 teams participated and we were able to qualify the Top 30 teams from this event and send them to the State Finals at Clarks Hill on May 20th at Wildwood Park. 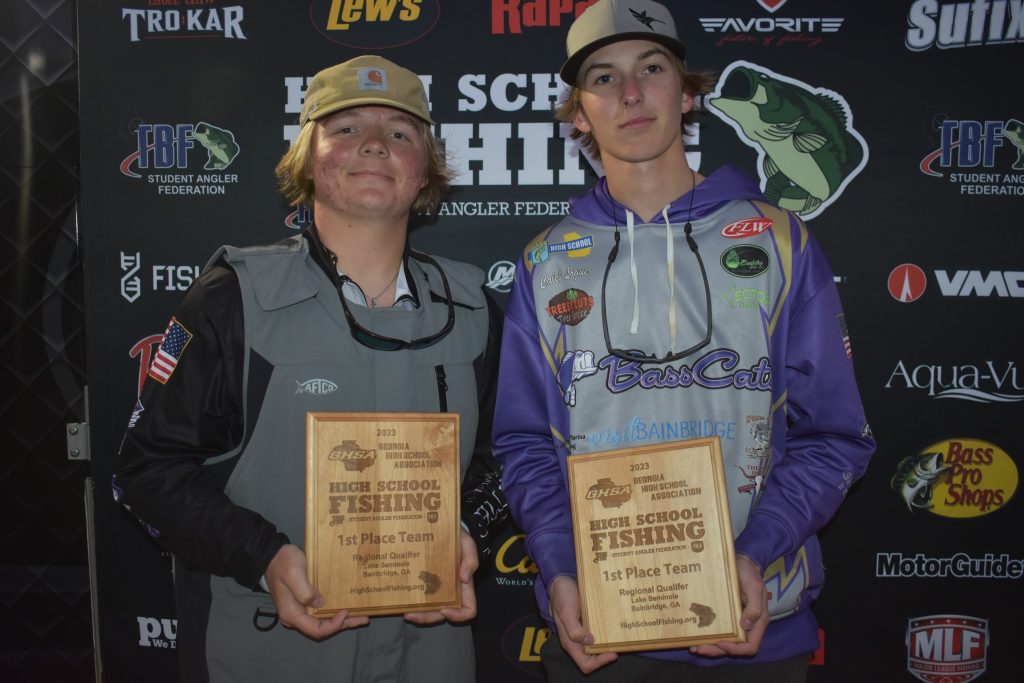 The Bainbridge Basscat team of Hayden Reynolds and Caleb Logue won the event with a monster bag that weighed 21-06 pounds.  Branton Champion and Jackson Behringer from Richmond Hill finished a close second with another impressive limit that weighed 20-04 pounds.  The Callaway team of Dawson Foster and Billy Bozeman brought 17-01 to the scales and finished third.  Jacob Brightwell and Hardin Roberts had an even seventeen pounds and managed to finish fourth.  Leila Gragg and Pierce Gragg weighed 15-04 pounds to claim the last spot in the top five.  Tucker Chalfant and Tripp Harvey claimed Big Bass Honors with the only fish in their bag which weighed in at 6.01 pounds. 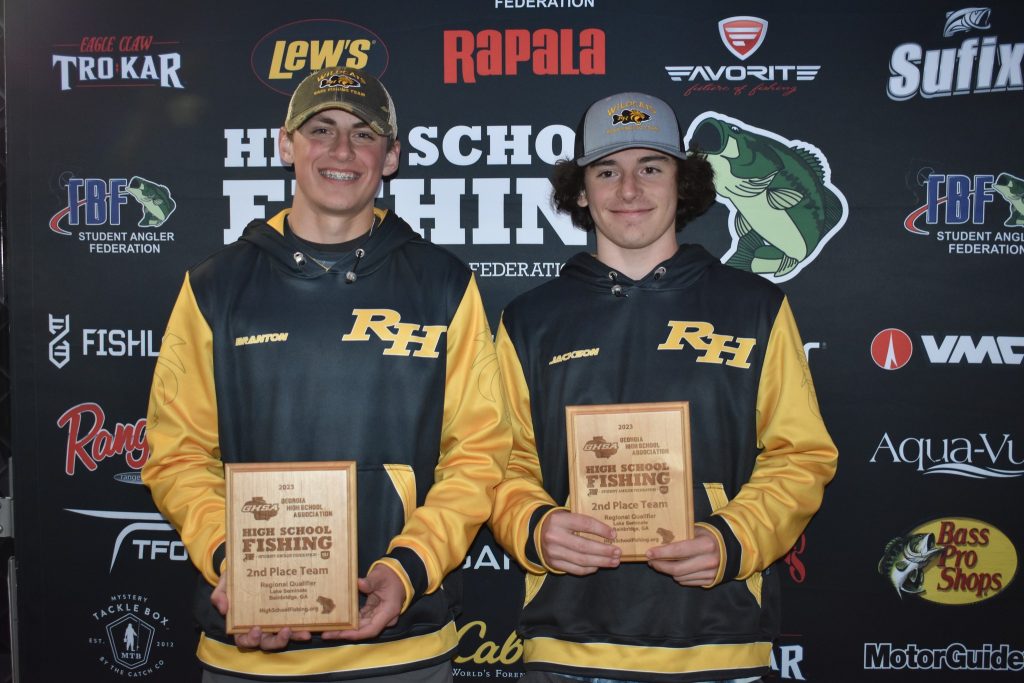 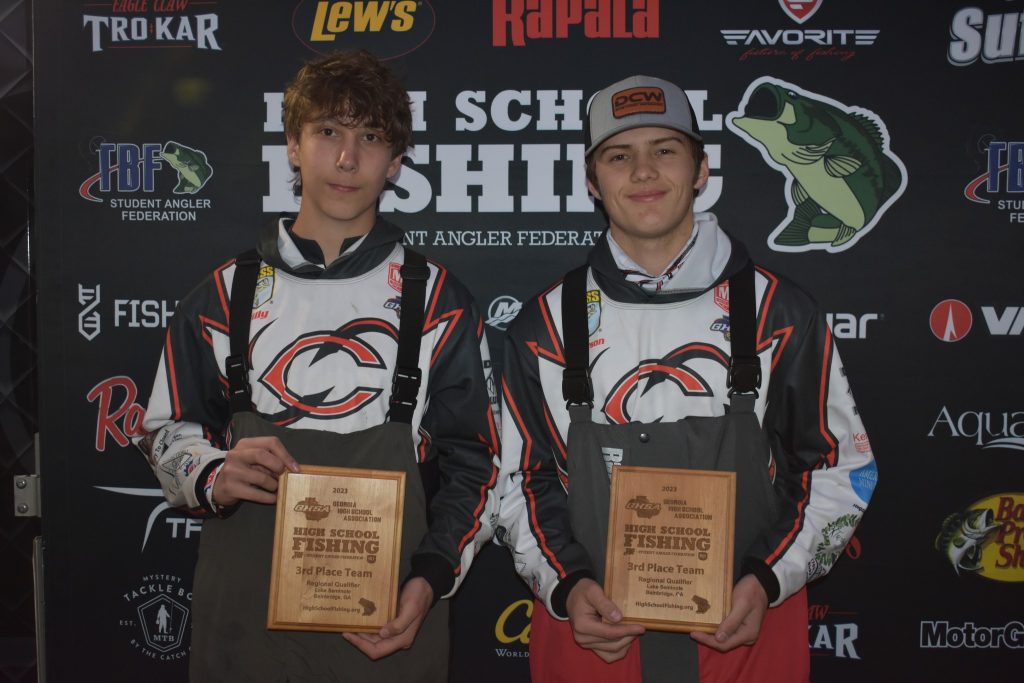 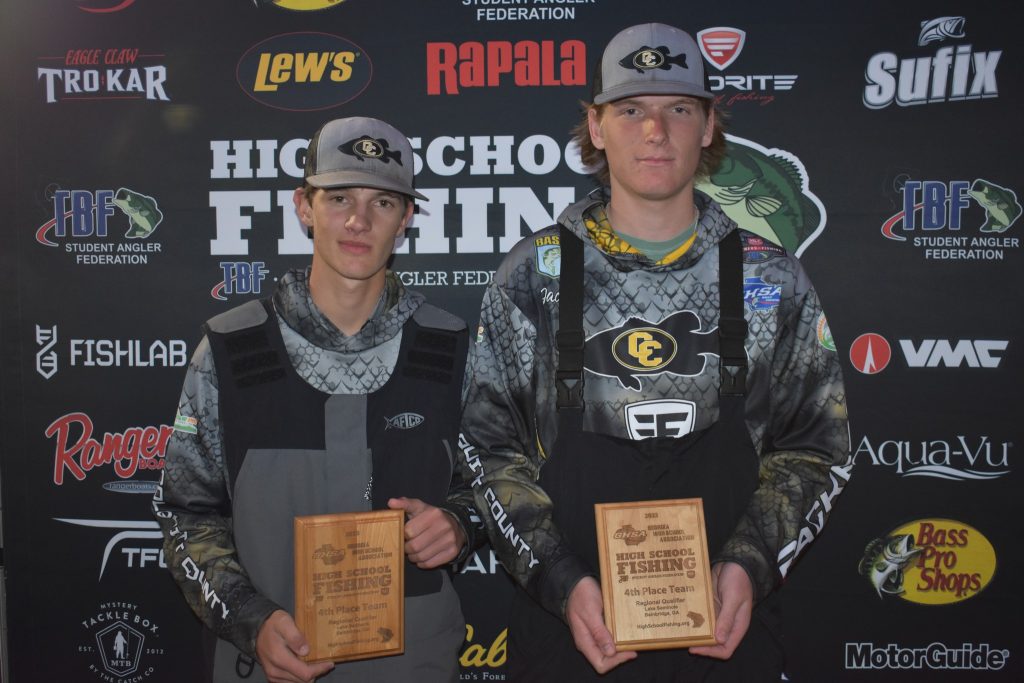 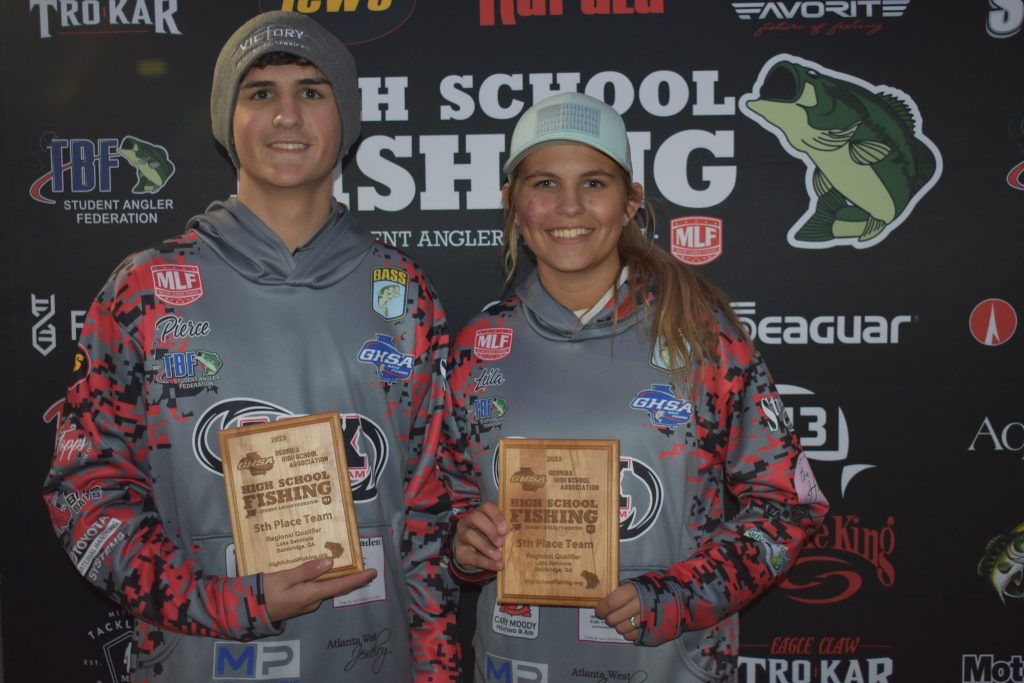 More teams caught more fish this year as 133 teams weighed in at least one fish, while there were 37 limits of fish brought to the scales.  Just over seven hundred and eighty pounds of fish were weighed and all fish were released alive back into Lake Seminole.  Anglers reported catching their fish on a variety of baits during this event.  Numerous anglers were fishing shallow grass using soft plastic baits to catch their fish.  Flukes, Speed Worms, Robo Worms and Creature baits were all good choices.  Other anglers were also fishing grass lines with chatterbaits, swimbaits and spinnerbaits to catch their fish.

The second GHSA event is coming up on February 18 at Lake Oconee at Sugar Creek Marina.

Full results of this event can be found by clicking HERE

Photos of this event can be found HERE