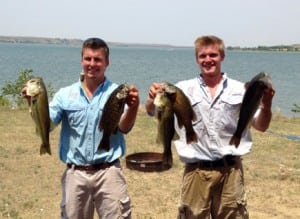 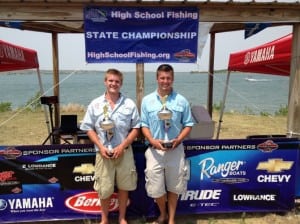 11 teams from the State of Kansas participated, representing high schools from across the state. These 11 teams more than doubled our entries from 2011.

The overall winners were Noah Parsons and Adam Fuchs with their coach Ben Fuchs, representing Wichita Northwest High School. Noah and Adam reported catching their biggest fish of the day first thing in the morning, following it up by their second largest fish of the day. They weighed in a full limit of fish over 14lbs.

2nd place went to the Team of Christian and Ethan Hamel and their father coach of Scott Hamel representing Stockton KS High School. The Hamel brothers also weighed in a full limit of fish weighing in over 11lbs, but that elusive kicker fish was not able to be found. Their coach reported the loss of one bigger fish early in the morning, not far from the launch area. 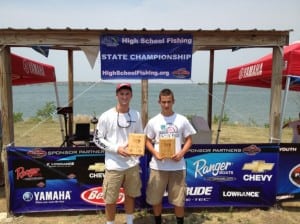 3rd Place belonged to Connor Barret and Kiel Orrison and their coach Danny Barret representing Nickerson Panthers/ Hutchinson Salthawks. They also weighed in a limit of fish over 10 pounds. All teams participating weighed in fish and reported having a great time and looked forward to participating again next year.

TBFKS would like to thank all of the parents/coaches and all of sponsors and supporters to help put on this successful event. It was definitely a pleasure to see all the excitement the youth have for this great sport that we enjoy as an adult.

If you’re interested in starting a High School Fishing club at your school, please visit HighSchoolFishing.org for details on the Student Angler Federation (SAF). Cost is only $25/ year and includes full TBF and FLW Outdoors benefits, including access to the all-new FLW 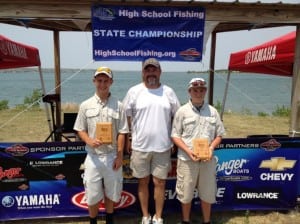 Outdoors Magazine e-Edition and insurance coverage for students and their club. 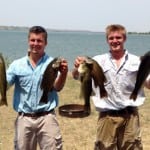 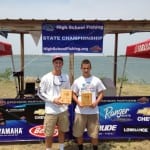 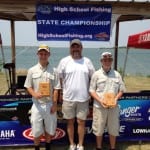 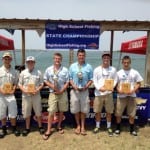 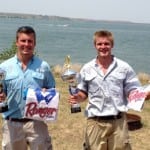 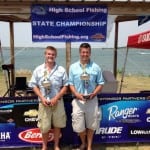