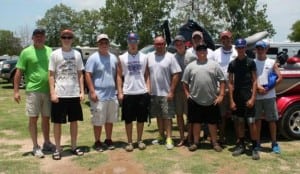 The Bullard Panthers Fishing Club fished their very first high school fishing tournament on Lake Palestine, Texas on June  16, 2012.  Mother Nature tries her best to keep us from fishing, with some pretty rough storms overnight and into the early morning.  Fortunatly, launch was not delayed as the storms and lightning subsided just in time. 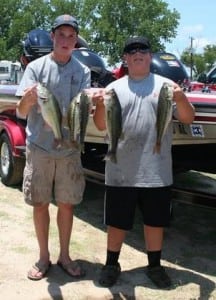 Eight students were able to fish, making up 4 teams competing against each other.  The word at weigh-in was that the fishing was pretty tough.  Lots of small fish caught, but the keepers we pretty tight lipped.  Each student angler was allowed to keep up to 5 keepers each for the individual standings, but the two-man teams were to weigh-in the best 5 fish for the team standings.

Bringing in the tournaments only limit was the team of upcoming high school freshman, Cade Naegeli and Klint Nichols with a team weight of 8.41 lbs.  Klint also led the individual weight with 5 keepers weighing 7.01 lbs.  Cade had his own limit weighing 4.96 lbs.

The second place team consisted of Kyler Whatley and Landen Beckham.  Their total team weight was 6.53 lbs.  Landen is running a close second in the individual standings with 5.66 lbs.

Coming in third with only one fish, but one very nice fish, was the team of Bailey Thomas and Ty Peart.  Their fish weighed 5.09 lbs and was the big bass of the tournament.

Last but not least was the second team consisting of two students who are upcoming freshman.  Kevin Haugh and Caleb Lewis weighed in one fish for 0.46 lbs.  On Lake Palestine, there is no size limit for Kentucky Spotted bass, so t 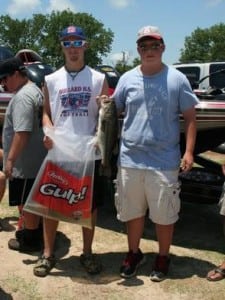 his duo took advantage of that rule to not come in empty handed.

We had four dad’s that were the boat captains.  What a great way to start the Father’s Day weekend.  Thank you so much guys.  You are the reason all of this is possible.

Our next tournament is scheduled for July 14, 2012 on Lake Tyler just outside of Tyler, Texas.  You can check out our website at www.bullardpanthersfishingclub.com. 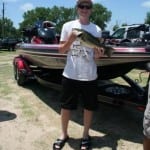 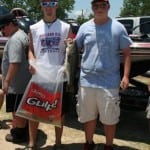 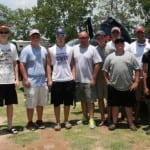 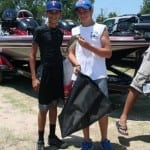 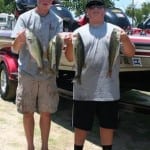