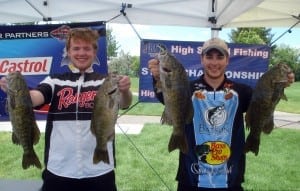 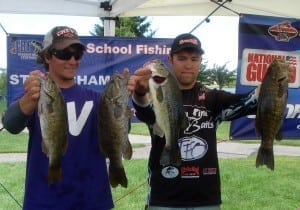 The Columbia River water level was high and flowing extremely fast with large mouth at the end of their spawn guarding fry and the small mouth transitioning out from bedding areas.

All the teams seem to share some of the common areas but at different time throughout the day. First place finishers Autrey and Slater 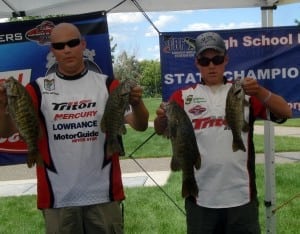 ran up the Snake River arm to begin their day early by targeting back waters off the river out of the heavy current flow.  They managed to hook a few fish on top water early and then moved out to the mouth of the river pick up a 4.75lb small mouth for their biggest fish. From there they headed down river to Casey’s pond area to catch and cull fish to first place on an off shore rock pile.

Dakota Jones and Tanner Clark started at Casey’s pond targeting small mouth on roadbeds and isolated rock piles. They too later moved up river to the Yakima River arm and targeted largemouth in the shallow backwaters guarding fry to cull out a limit for a second place finish.

The rest of the five high school teams that competed worked up and down the river to upgrade their catch. It was a good turnout for the first Washington State High School Bass Team Championship, with local News coverage, and local sponsor support making it a success with the winners looking forward to the Western Conference Championship in September. 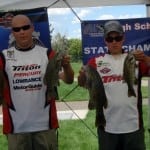 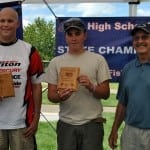 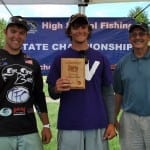 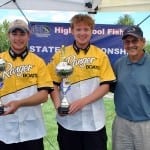 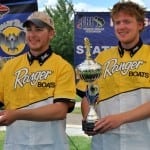 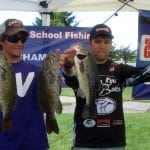 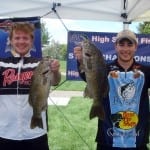