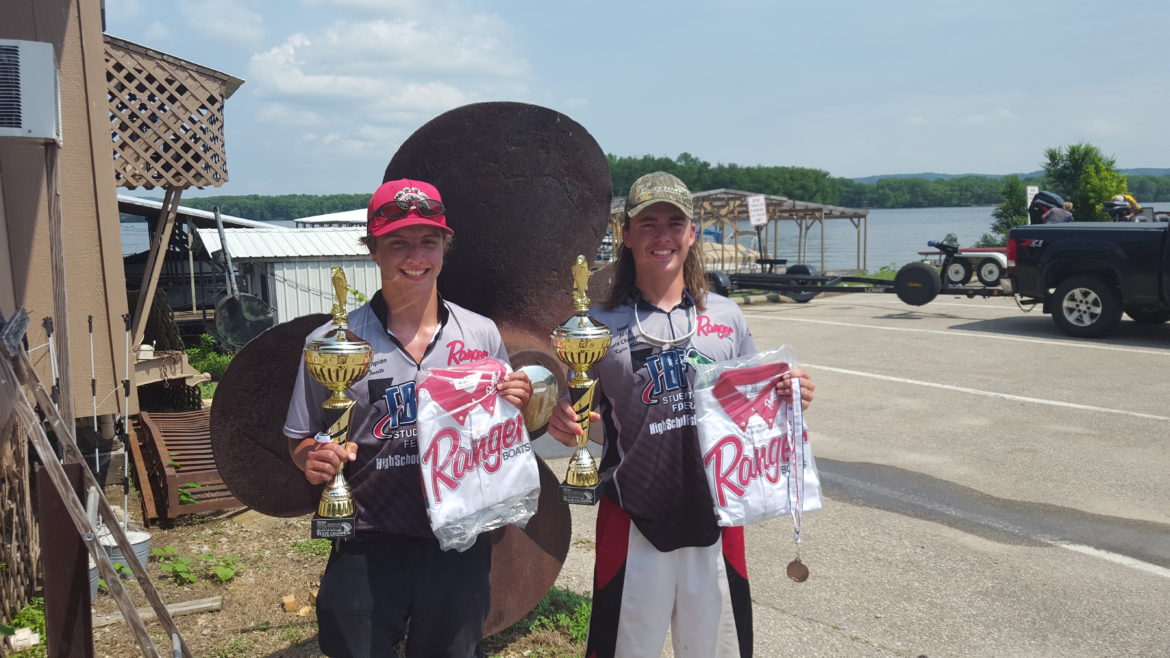 Kaleb Tweite and Kyler Bauer brought in a five bass limit weighing 13 pounds, 8 ounces, to win the TBF/FLW Iowa High School Fishing State Championship on the Mississippi River.  The win earned them the championship titles, trophies and slots in a Conference Regional Championship to be held in the Fall.

Coming in second was the team of, James Ford and Isaiah Minton, from Eastern Iowa High School.   The duo had a five fish limit weighing 9 pounds, 14 ounces. 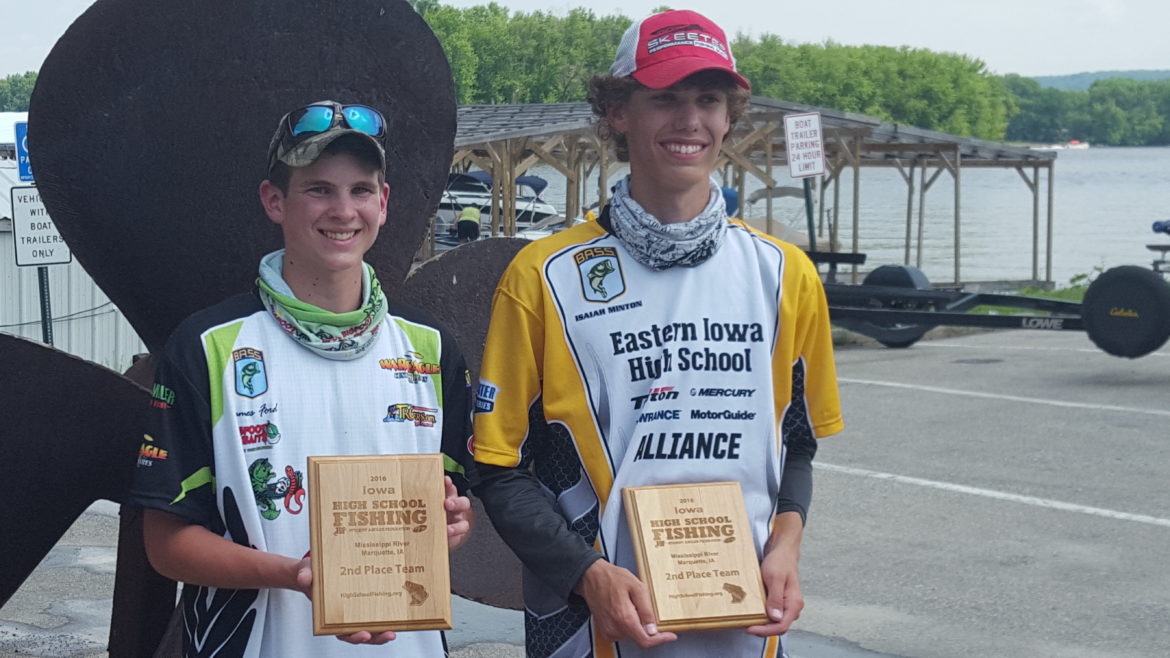 A special thanks goes out to Scott Anderson and the IA TBF for providing manpower for the event.