Landon Siggers and Jacob Johnson brought in a five bass limit weighing 15 pounds, 5 ounces, to win the TBF/FLW Virginia High School Fishing State Championship on the James River. The pair had a 5 pound 9 ounce beauty that anchored their winning sack to earn them the championship titles, trophies and a slot in the Northern Conference Regional Championship on Lake Champlain in September.

Coming in a tie for second were the teams of, Drake Hundley and Aaron Riddick, and, Cullen Lammhoover and Blake Miles, both representing Motoaca High School.  The teams had five fish limits weighing 12 pounds, 15 ounces.

A special thanks goes out to Alan Gray and FLW’s BFL staff, as well as, Jerry Wright and the VA TBF for providing equipment and manpower for the event. 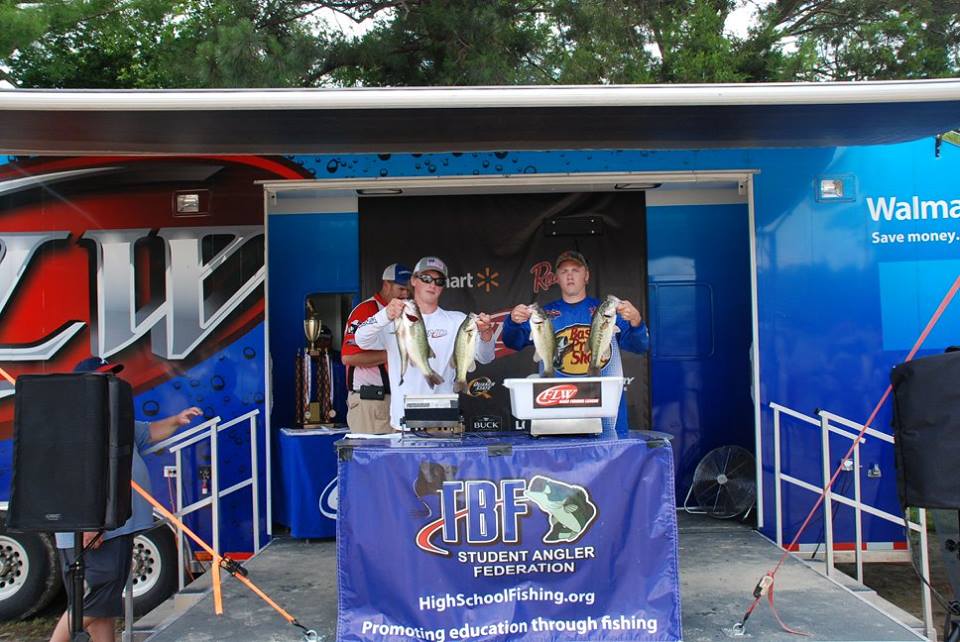