OK high school state championship was held on Lake Eufaula this year with lots of debris on the water and fluctuating water levels Fishing proved tough for many anglers. However some found just what they were looking for. 1st place with an impressive sack of fish weighing in at 18.04lbs. was Todd Mckinley and Cole Kilpatrick representing the Mannford Pirates. Todd and Cole are the 2019 Ok State Champions and the Booyah Big bag prize winners. 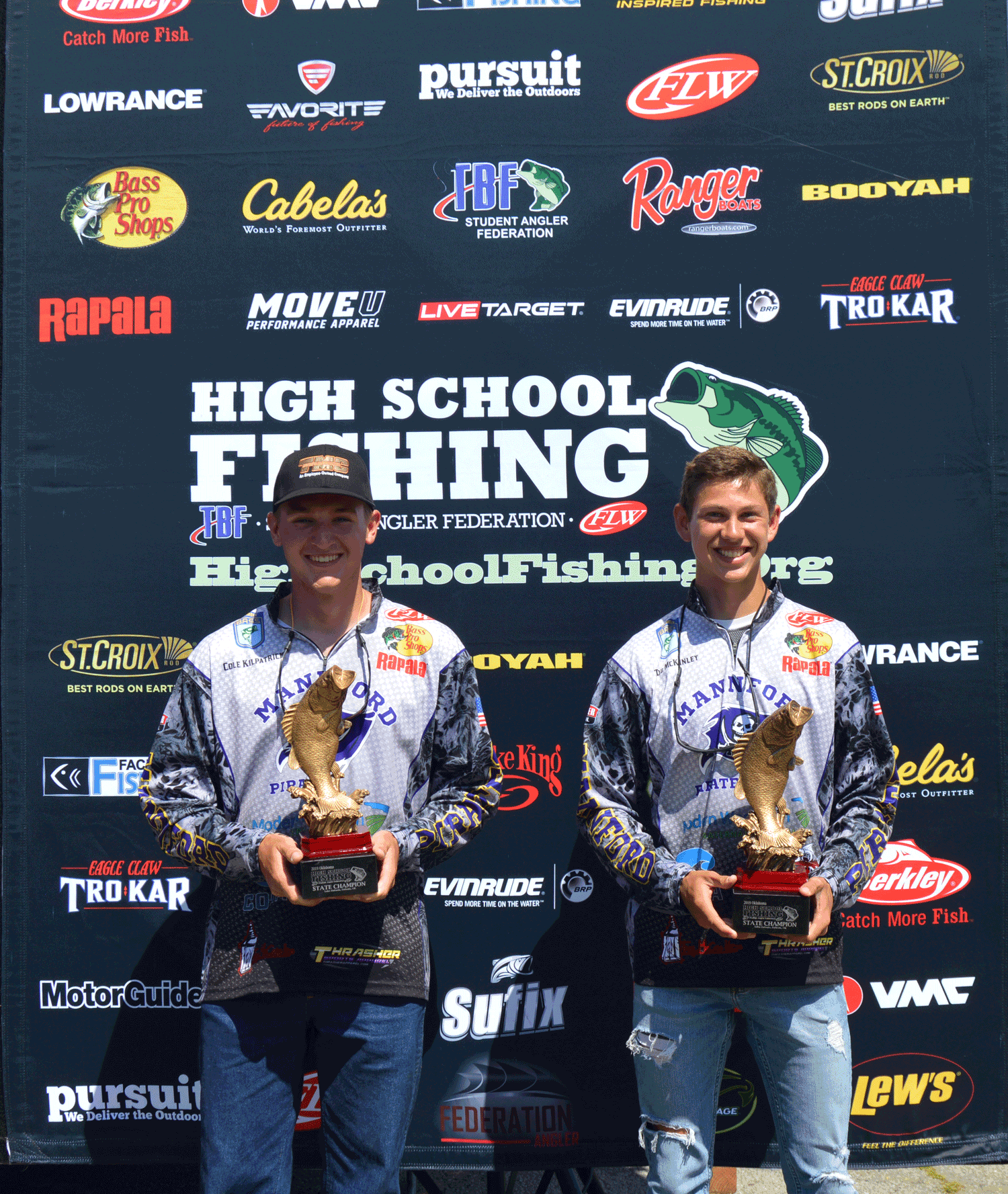 2nd place  went to JT Moss and Caleb Hopkins also representing the Mannford Pirates, their bag of fish weighed 17.09lbs. 3rd  place went to Noah Belt and Micah Belt from the Kiowa Cowboys with a bag of fish weighing 14.14lbs. The Lews big bass of the day went to  Mack Taylor and Reese David from Sand Springs OK, the big fish was 5.0 lbs. All three of the qualifying teams to the National Championship had a Berkley five Fish Limit and received a Berkeley Five alive prize. We had 54 fish caught and weighed with a hundred percent live fish release. Thank you to all our SAF Sponsors for making the High School Fishing possible and thank you to all the anglers who participated. Good luck to all.