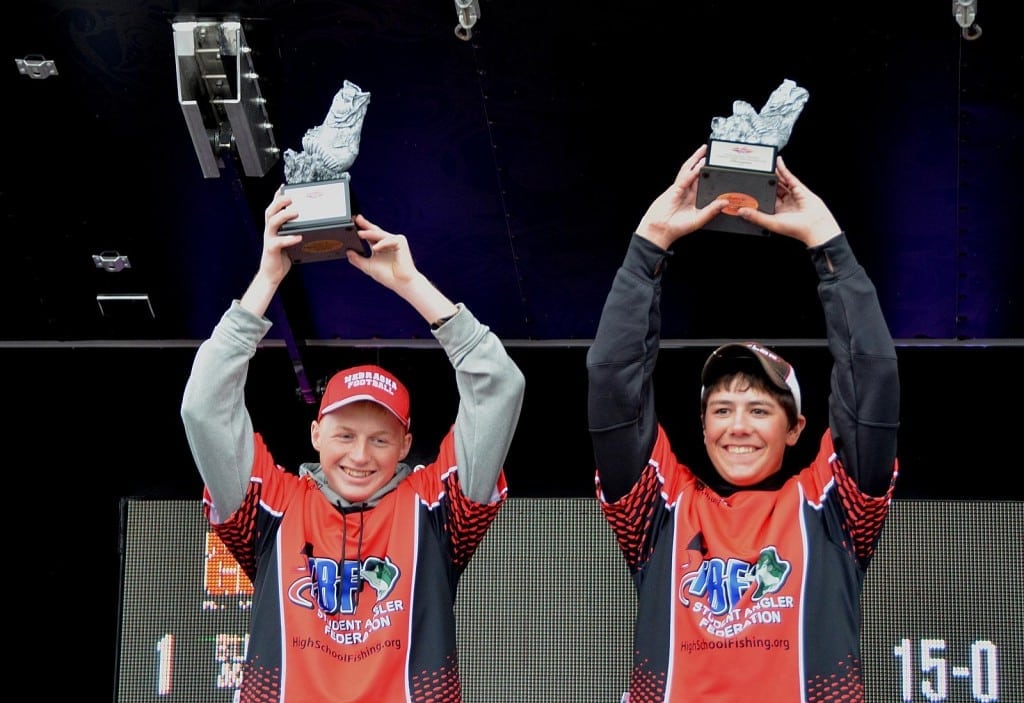 TBF along with FLW held the High School Southern Conference Championship on Saturday in conjunction with the FLW College Fishing Southern Conference Championship. Teams from across the region were competing and Matt Neiburg and Zach Madsen, both of Blaire, Neb., representing Blair High School, won the tournament, which was also held on Lake Dardanelle, with a five-bass limit weighing 15-0.

“We went to a spot and I threw a Senko and had a good one on, and we just kept on throwing that Senko,” said Neiburg, a senior at Blair. We were told to keep throwing it and it might only be a fish an hour, but it might also get it done.” 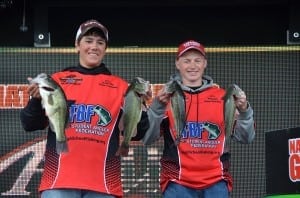 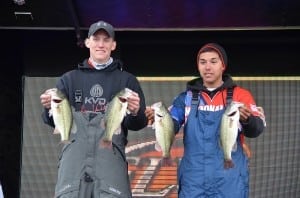 FLW is the industry’s premier tournament-fishing organization, providing unparalleled fishing resources and entertainment to our sponsors, fans and host communities. FLW is offering anglers of all skill levels the opportunity to compete for millions in prize money nationwide in 2012 over the course of 191 tournaments across five tournament circuits, each providing an avenue to the sport’s richest payday and most coveted championship trophy – the Forrest Wood Cup. FLW is committed to providing a lifestyle experience that is the “Best in Fishing, On and Off the Water,” through a variety of platforms including tournaments, outdoor expos and the world’s richest fantasy sports game – FLW Fantasy Fishing. For more information about FLW and FLW Fantasy Fishing, visit FLWOutdoors.com or FantasyFishing.com and look for FLW on Twitter and Facebook.