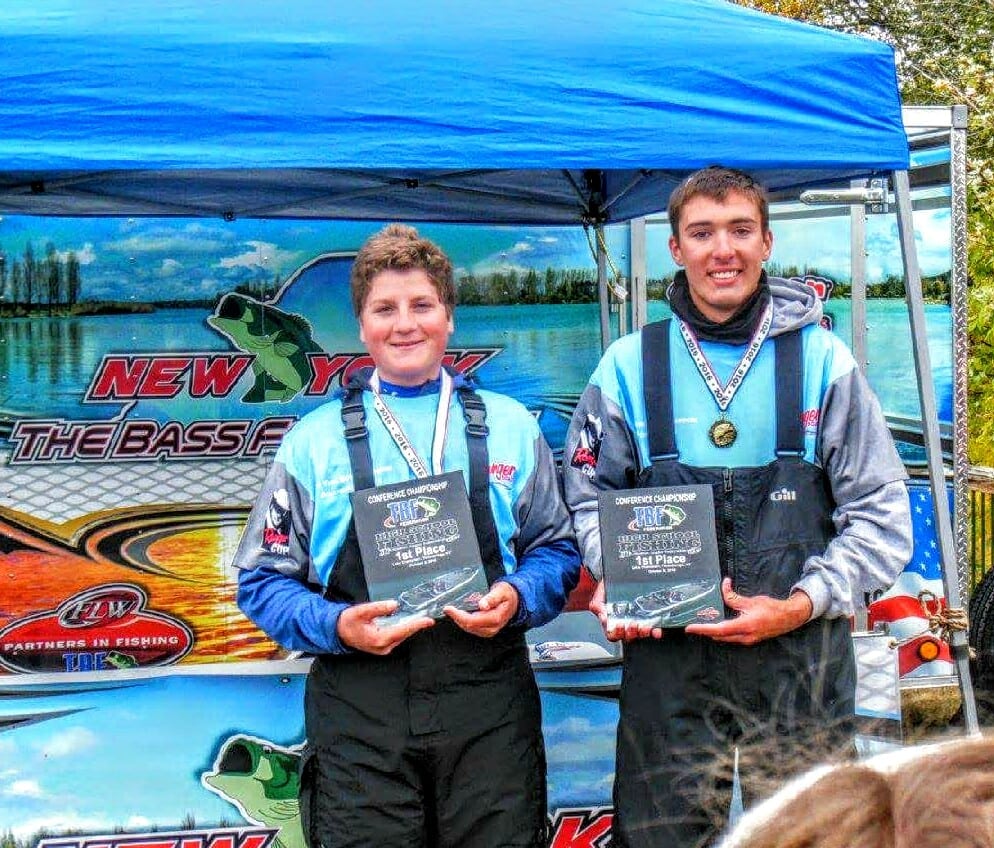 Lawless and Marvin from Peru High School in New York slipped by Dylan Hartman and Ryan DeGraw from New Jersey who also had limited that weighed 16.30 pounds to claim the runner-up spot.  Rounding out the top three was the team of Landon Siggers and Jacob Johnson from Tunstal High School in Virginia.  They had a limit of bass weighing 15.85 pounds.