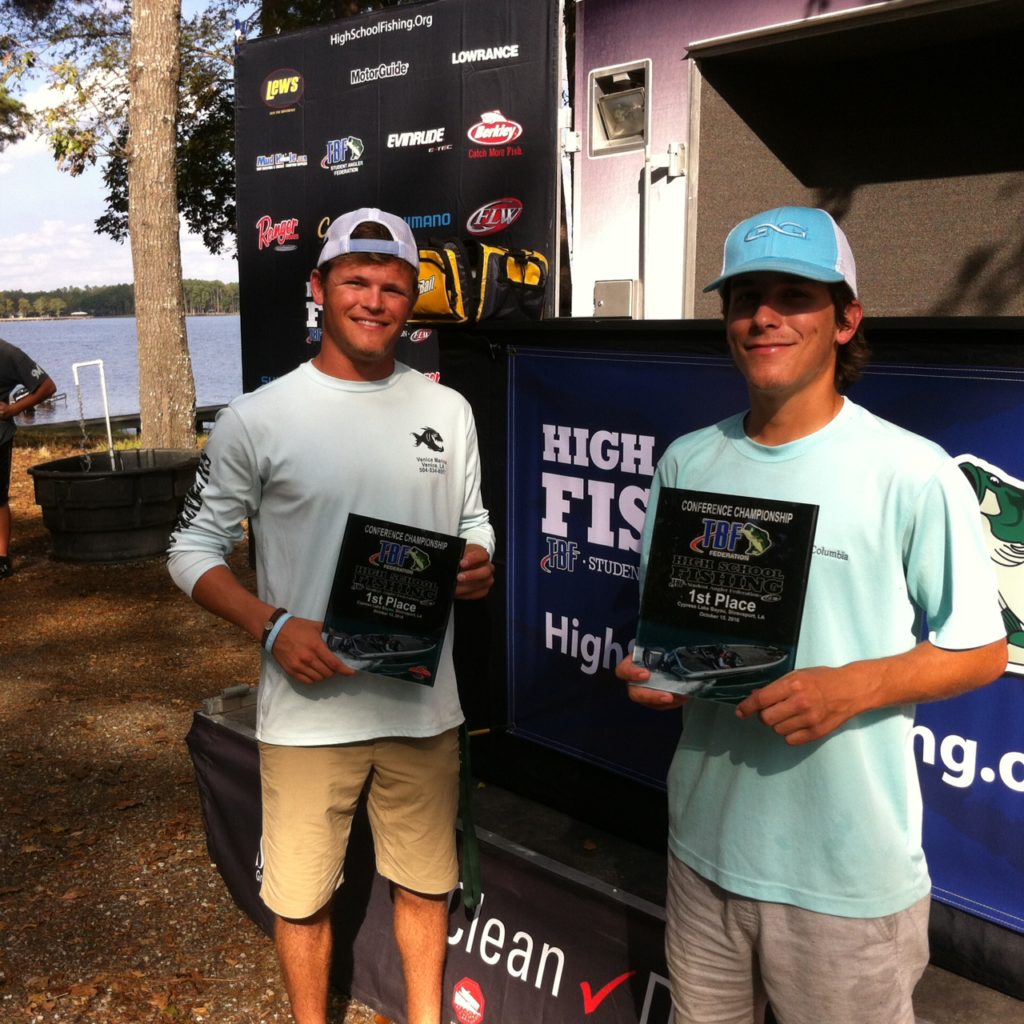 Nick Nocilla and Colby Robinson from Barbe High School caught a limit of bass by 9:30am flipping docks and structure, and then hoped it would hold up over the 40 boat field. Their 10 pound 4 ounce bag would be enough to top the field to win the Southern Conference Regional Championship on Cypress Lake near Shreveport/Bossier, La., October 14-15.

“We used a black and red jig to catch most of our fish around docks and structure today,” Nocilla said.  “It’s kind of funny, once we caught that limit we didn’t catch another keeper the rest of the day,” Robinson added. “We weren’t sure if we had enough to win, but as we watched the other teams weigh-in we thought maybe we had a chance.” The pair will lead a four team contingent to the High School National Championship next spring.

Coming in second, was the team of Dakota Pfoh and Justin Shelton from Mabank High School in Texas. They also brought a limit of bass to the scales at the scenic Cypress Lake Recreation area park weighing 9 pounds 11 ounces to claim the runner-up spot and punch a ticket to nationals.

Right behind them was the Mt. Ida, Arkansas duo of Hunter Bissell and Ty Whisenhunt. They had a limit that tipped in at 9 pounds 2 ounces for third and a national slot.

Rounding out the top four and claiming the final qualifying spot was the team of Ryan Mozisek and Josh Gray from Arkansas’s Benton High School with a limit weighing 9 pounds.

The number of qualifying spots is based on the number of teams that qualified for the event from the state championships and the TBF/FLW National Opens.   Special thanks to the Shreveport Bossier Sports Commission, the Cypress Lake Black Bayou Recreation Area, as well as, the Louisiana TBF for providing manpower and a terrific facility for the event. 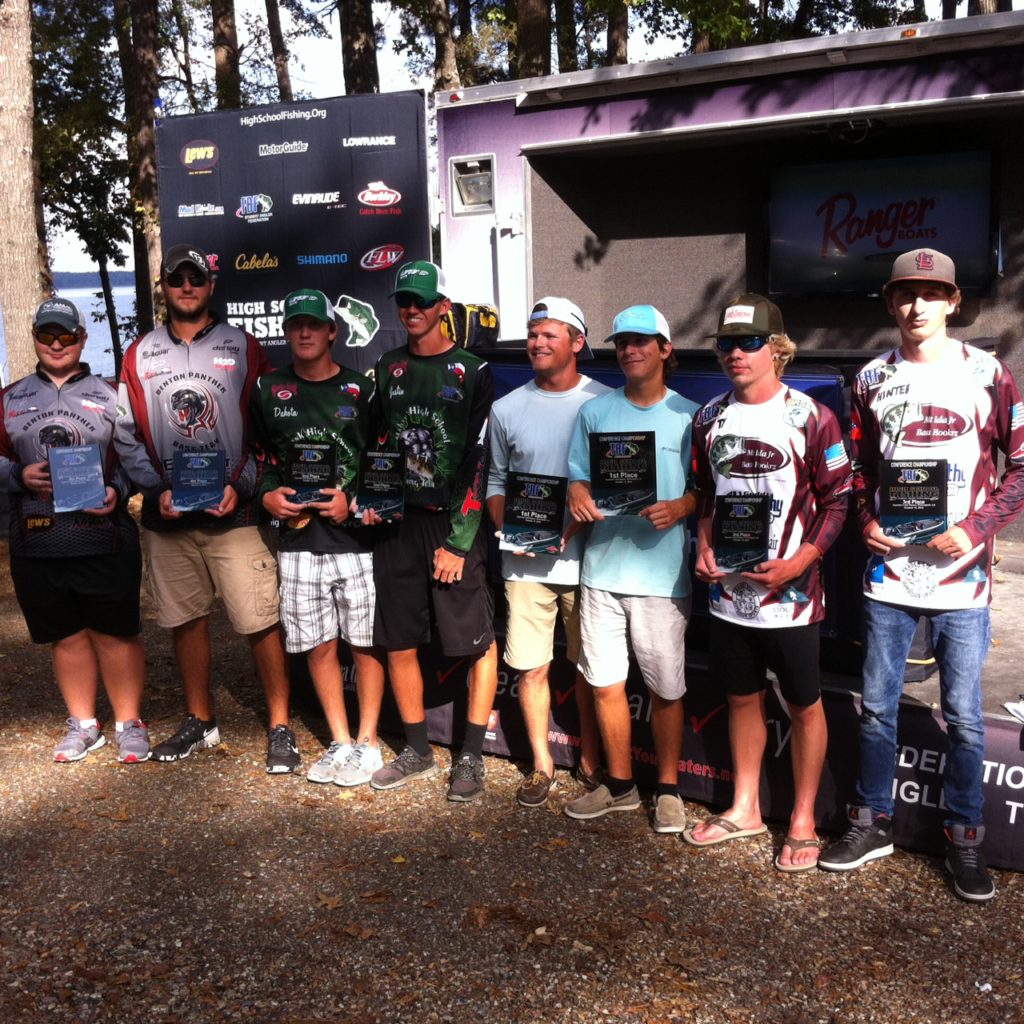