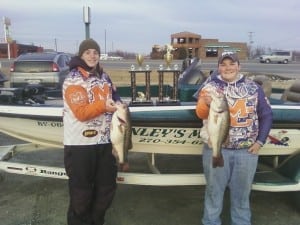 With only .03 of an ounce separating first and second place, the team of Brandon Falwell and Nathan Camp caught a limit of five lunkers to place second with a total weight of 20.10 lbs. in the first fishing tournament of the season, hosted by Trigg County, Saturday, February 9, on Kentucky Lake. The Marshall County team of Thomas and Cross squeezed out a win with a total of 20.13 lbs.

Early morning freezing temperatures and breezy conditions did not deter the ten Laker teams, as CCHS placed three teams in the top five finishers. The duo of Bracken Robertson and Dillon Starks placed a close third with a total of five beauties weighing in at 19.72 lbs. Placing fifth with a total weight of 18.71 lbs. was the team of Austin Jackson and Tim Thurman. Twenty-six teams from five schools competed in Saturday’s tournament.

CCHS anglers and their boat captains brought in a total of 30 bass with a weight of 109 pounds.

The Lakers will resume tournament action on March 3 when they compete in MSU’s Open with a total purse of $4000 in scholarship money to be awarded. 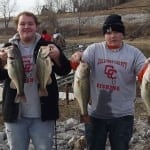 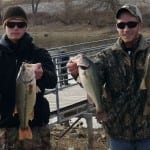 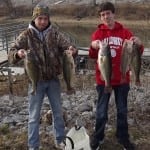 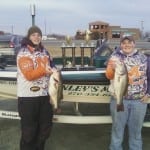 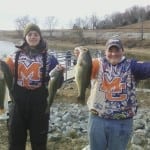