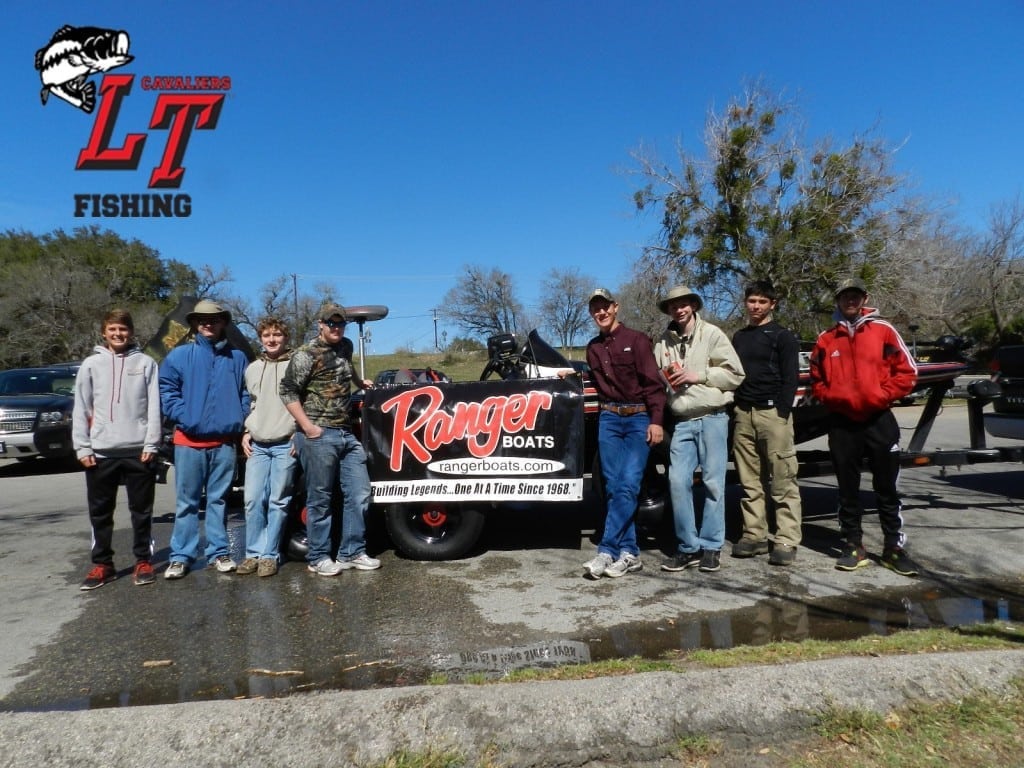 Since Lakeway Texas resident Tyler Anderson was a young child, the sophomore at Lake Travis High School has pursued his passion for bass fishing. Last year he began dreaming of starting a fishing team at Lake Travis High School. After meeting with Mrs. Kimberly Brents, the principal at LTHS and securing Mr. Lamar Shrader as the teams high school faculty advisor, Anderson registered the club with the Student Angler Federation (SAF) and his dream became reality. The team held their initial meeting at All Star Burger in the Bee Cave Hill Country Galleria to elect officers and vote on the team bylaws. At that time Anderson was voted in as the team’s first president. All funding for the team activities are from private donations, sponsors and volunteers. 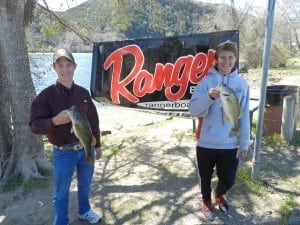 Next, the team took steps to find bass boat owners willing to take the team fishing. There was only one boat between the ten members and this boat belonged to Anderson and his father, Bryan Anderson. When asked about the boat, Anderson said, “My dad was raised on a lake in Minnesota and was a competitive water skier growing up. He taught us all to wake board, barefoot ski and wake surf, but after my older sisters left for college, my love for fishing really grew. My dad sold our wakeboard boat and bought a fishing boat instead.” Bryan Anderson said, “I decided to trade in the Malibu for a Skeeter to make memories with my son in the years before he leaves for college.” Bryan Anderson serves as the adult advisor to the LTHS Fishing Team and drives for every tournament. In order to find additional boats, the newly formed team networked with area anglers and found two generous individuals with boats who agreed to take them fishing. The team needs to find more anglers in the area with boats who will share their time to help educate the team and improve their fishing skills.

Within the first month, the LTHS Fishing Team held their Inaugural Bass Fishing tournament on Lake Austin with 4 boats and 8 student anglers. The tournament was a team format with two anglers in the boat working together to catch a maximum of 5 bass with a size limit of 14” or larger. The day started off with quite a chill as the overnight temperature dipped to 36 degrees at the dawn take off. At the 2:00 pm weigh-in, three of the four teams had fish to be weighed. The winning team was Alec Wright and Ben Roark, Second went to Marshall Hammelwright and JD Bolner, Third went to Tyler Anderson and Dylan Morales, Clark Mannas and Evan Wright were fourth. 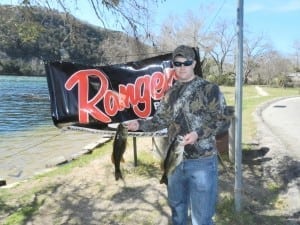 Team Advisor, Bryan Anderson, hopes to squeeze in more local tournaments on surrounding lakes to expose the students to different waters and conditions. On March 16, 2013, the team will compete in the Texas SAF State High School Bass Championship on Lake LBJ. This will be a great opportunity to meet other SAF clubs in the area and share in an open tournament.

Bryan Anderson credits the generosity of the team sponsors, especially Austin Boats and Motors for the use of a fully outfitted Ranger bass boat. He is also and very grateful for the tremendous program that the SAF has created. Bryan says, “Every high school in our country should take advantage of these resources as the Student Angler Federation is very well organized and shows students many ways they can take better care of the environment and natural resources, including fish.” Fellow Lake Travis area residents can follow the team’s success on their facebook page found at www.Facebook.com/LakeTravisHighSchoolfishingteam or contact the team via the Facebook page to volunteer.