The NH Open Challenge was held on May 8th.  The event took place on the Connecticut River which is the border between NH and VT.  The main river was cold and muddy and the fish had not moved out of the backwaters at tournament time.  The anglers focus on the setbacks off the main river. 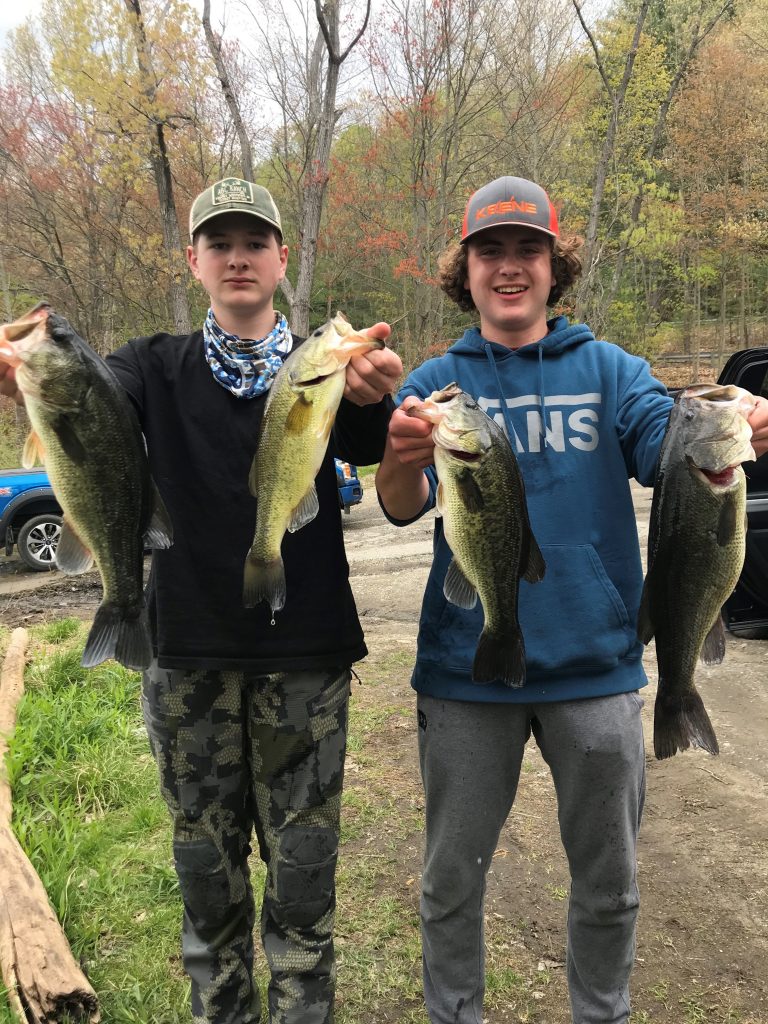 The team of Noah Kress and Logan Schmitt were able to figure out the fish.  They bested the field with a four fish limit weighing 9 pounds and 15 ounces.