It was another great turnout for the first year Georgia High School Association (GHSA) program on Lake Oconee this past weekend.  A total of 133 teams from all across Georgia showed up at Sugar Creek Marina on an unusually cold spring morning.  Event with the cold temps, spirits were high as anglers were eager to get out on the water to try their luck.  As this was the third of four qualifying events, with 133 teams we were able to qualify 18 more teams to the GHSA Finals on Lake Lanier on May 8, 2021. 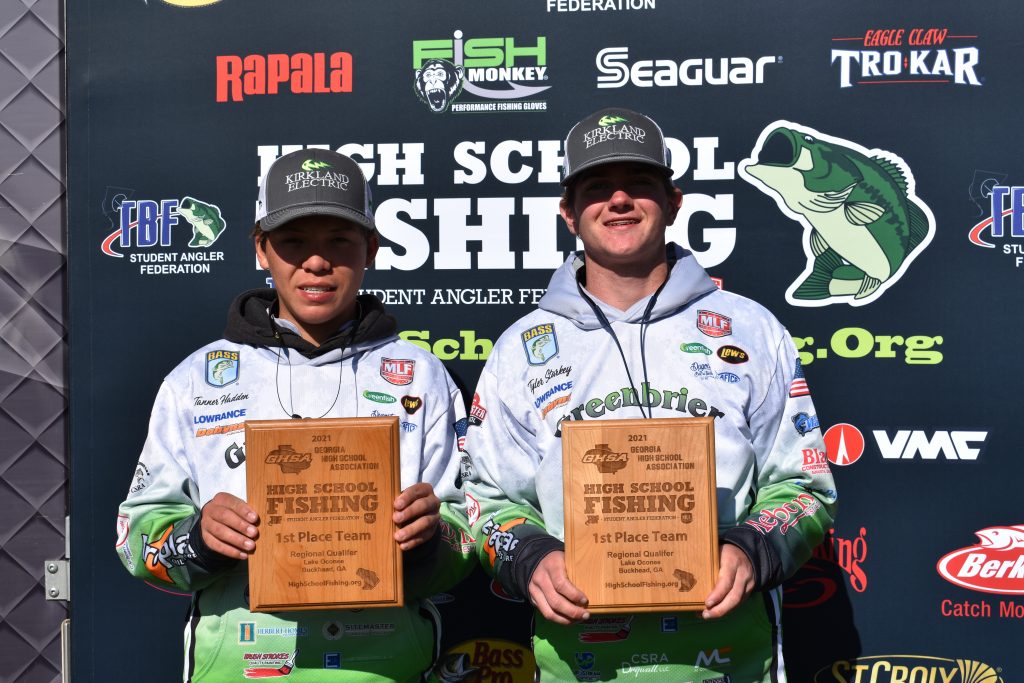 Tanner Hadden and Tyler Starkey, from Greenbrier High School, came out as the winners as they managed to bring 13-04 pounds to the scales Saturday afternoon. 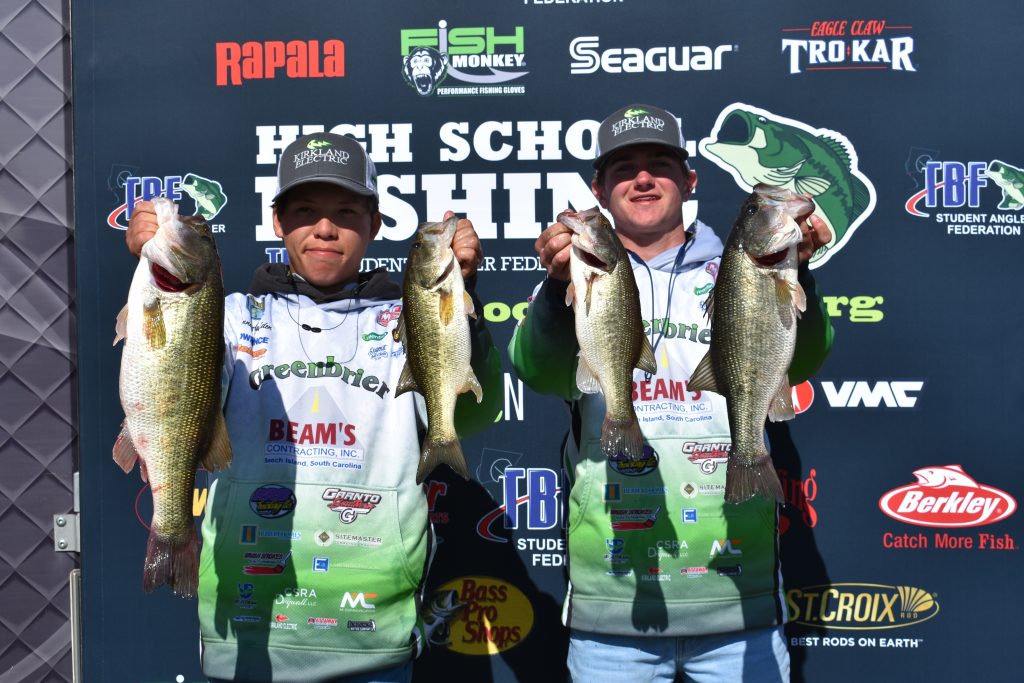 Weights were very close in this event as the top five teams were only separated by just one pound.  Finishing second was the Tift County team of Kolby Jordan and Russell Thomas with 12-14 pounds.  Finishing in third place was Blake & Caleb Edwards from North Paulding High School with 12-10 pounds.  Also finishing in the top five were the teams of Will Thomas and Landon Huff, from Morgan County with 12-06 pounds and then Storm Clark and Gunner Williamson, from Harris County High School with 12-05 pounds. 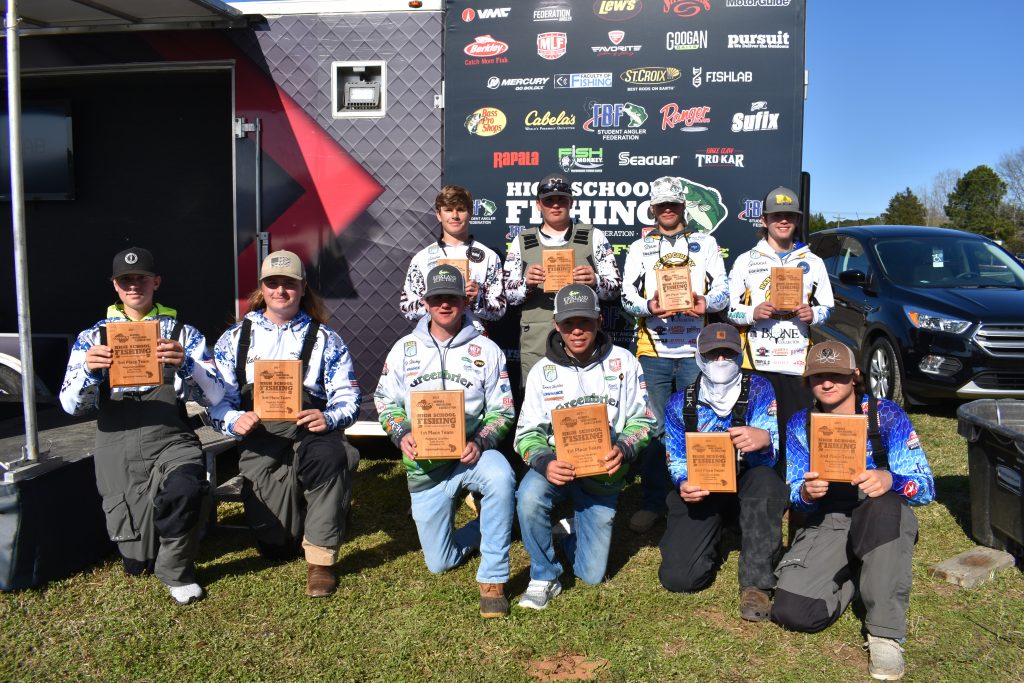 Most of the teams that came across the stage, stated that they caught their fish between two to six feet of water.  Several teams used flukes, trick worms, soft plastics, rattletraps and A-rigs to catch their fish.  Anglers were fishing the matted grass lines and also docks and along rip-rap banks as the dominant structure for the day.  Most teams said that even though they caught a limit of fish, they did not get to cull very many times during the day.

There is one last qualifying event left this season, which will be on April 10 at Lake Hartwell on the Georgia side of the lake.  After the completion of that event, the finals will be held on May 8 on Lake Lanier out of Laurel Park.

Full results can be found HERE and all the numerous pictures can be viewed and shared on our SAF High School Fishing Facebook page.