Missouri had their High School State Championship out of Bucksaw Resort & Marina on Truman Lake and the Lincoln County Lunkers Team of Alec Davidson and Ronin Picker edged out the rest of the field and took home the win with a nice limit that weighed 16-07 pounds. 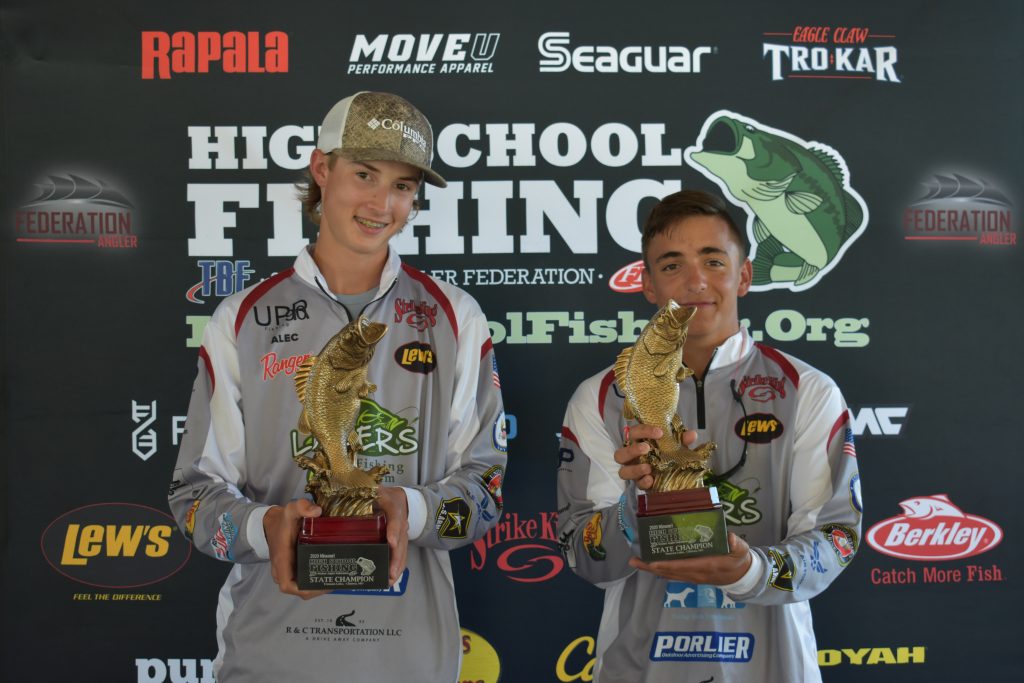 They said they were catching their fish shallow and caught quite a few fish throughout the day. 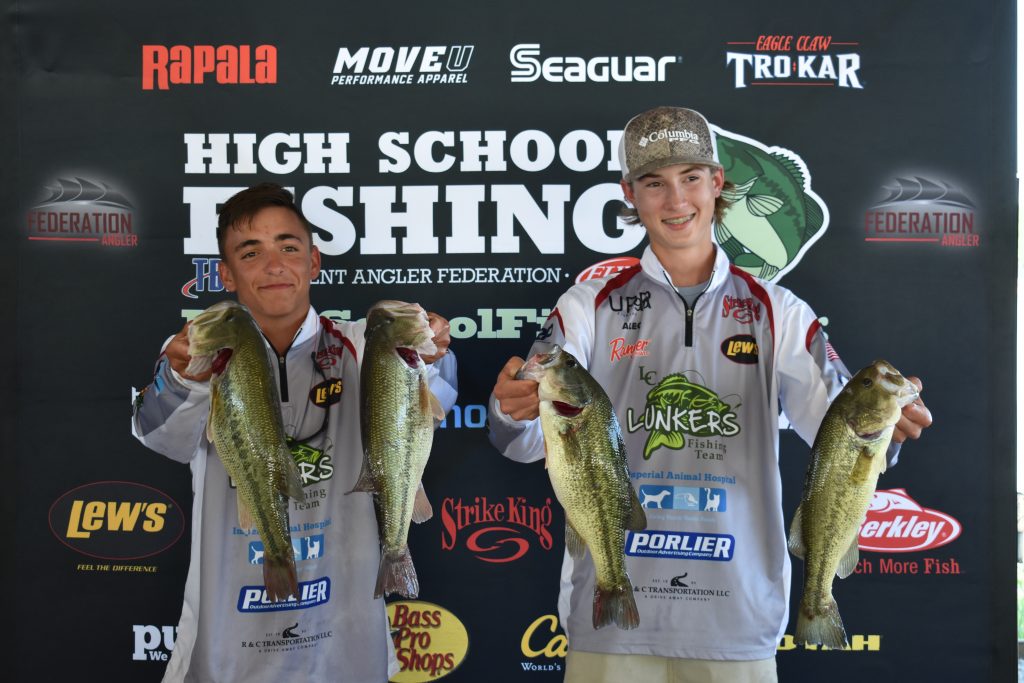 Second and third places were only separated by one ounce. Second place went to Zach Bondurant and Spencer Martens, from Helias Catholic High School Crusaders with 14-07 pounds. 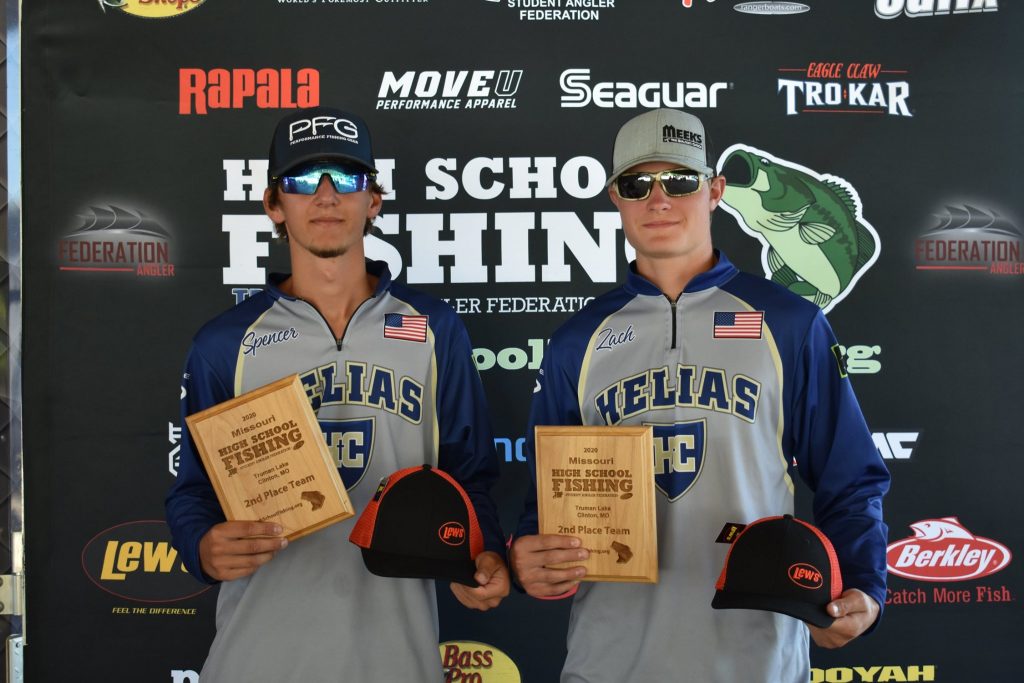 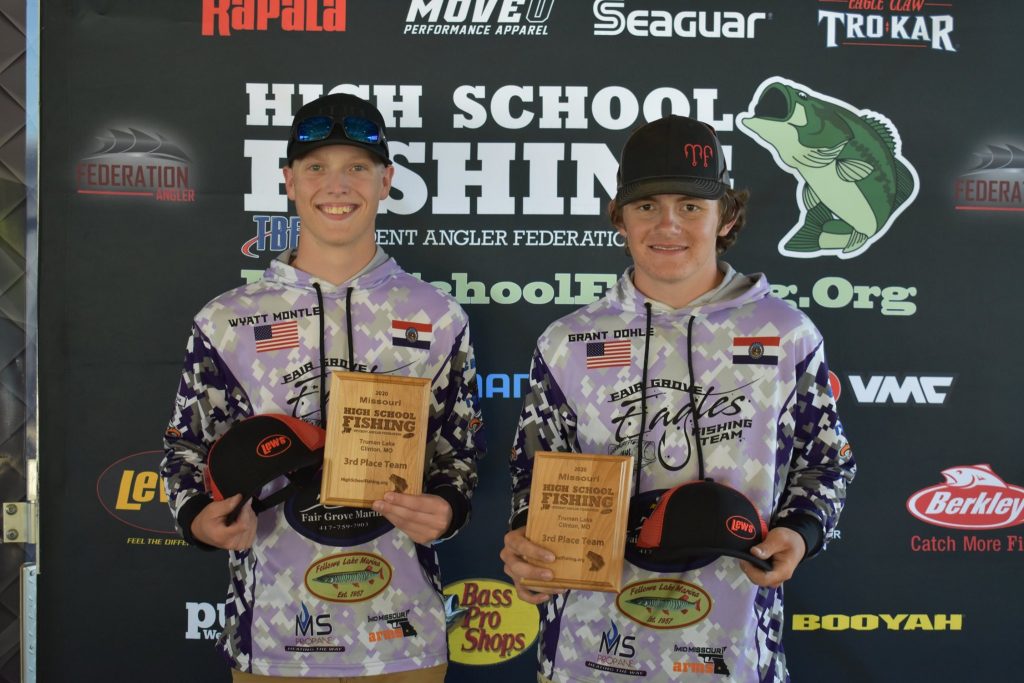 Rounding out the top five teams were Savannah Peisert and Hallee Chisam from Kearney High School with 13-04 pounds and the Eureka High School team of Drew Elbert and Jack Creason with 12-12 pounds. Most teams said that they caught lots of keepers and short fish during the day and that most of them were up Shallow. Anglers said they were using topwater baits, square bill crankbaits, spinnerbaits and creature baits to catch their fish. Most said you had to almost throw the bait on the bank and drag it off into the water. The fish were in the first couple feet of water up close to anything that touched the bank.

The Lew’s Big Bass Award of two Lew’s Reels went to the team of Tucker Stute and Daiton Love from Kearney High School Bulldogs with a nice 5-00 pound lunker. 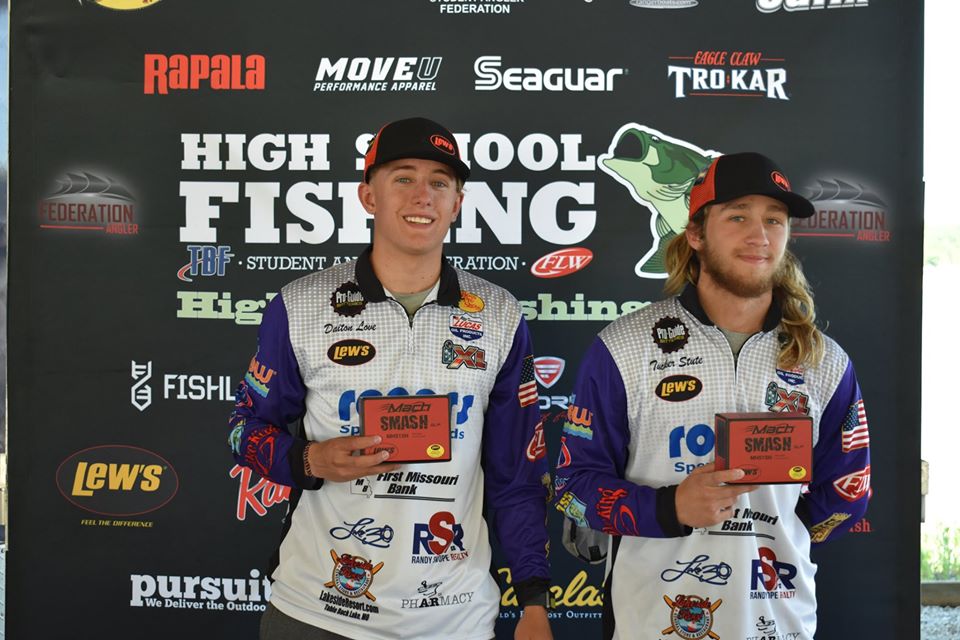 To see the weigh in photos of this event CLICK HERE