Conroe Lake was shining this past weekend as the bigger fish were moving up. The Co-Ed team of Fallon Clepper and Wyatt Ford captured the win with an impressive weight of 25 pounds and 13 ounces sealing a National Championship berth at Lake Pickwick in Florence, AL this June. These two Montgomery ISD anglers also have won a spot to the TBF National Semi Finals as co-anglers with their memberships & entry fees paid. Our new sponsor NSR the National Scouting report has also been so gracious to award this team with a full scouting profile which will help the team pursue their college of choice. 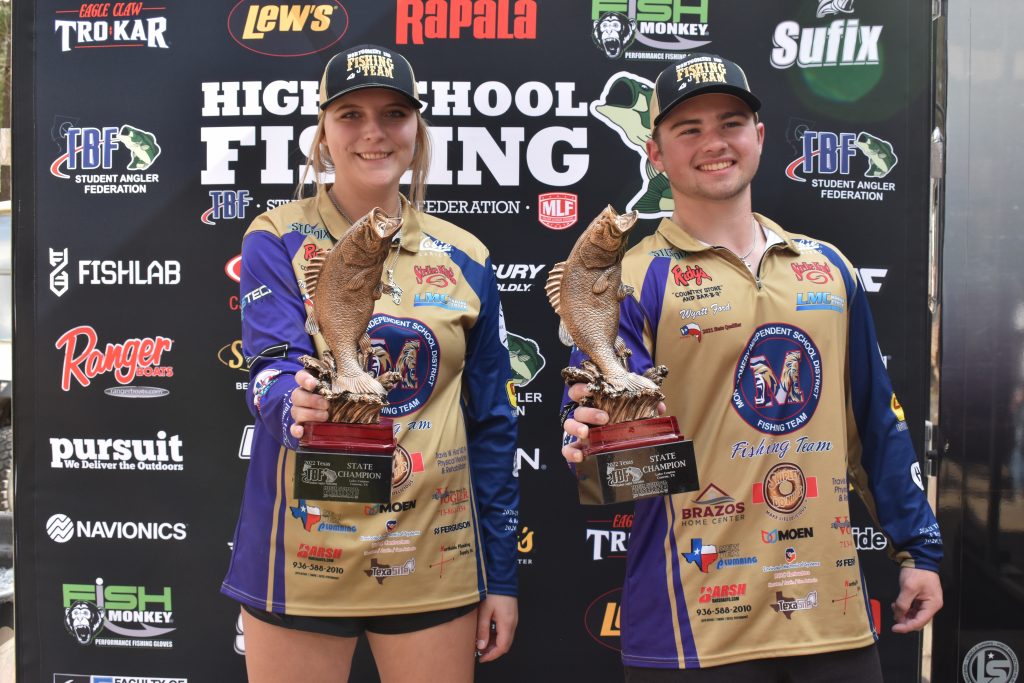 Second place was Cade Lipham and Will Collora from Lake Creek High School Lions with 17 pounds and 15 ounces. 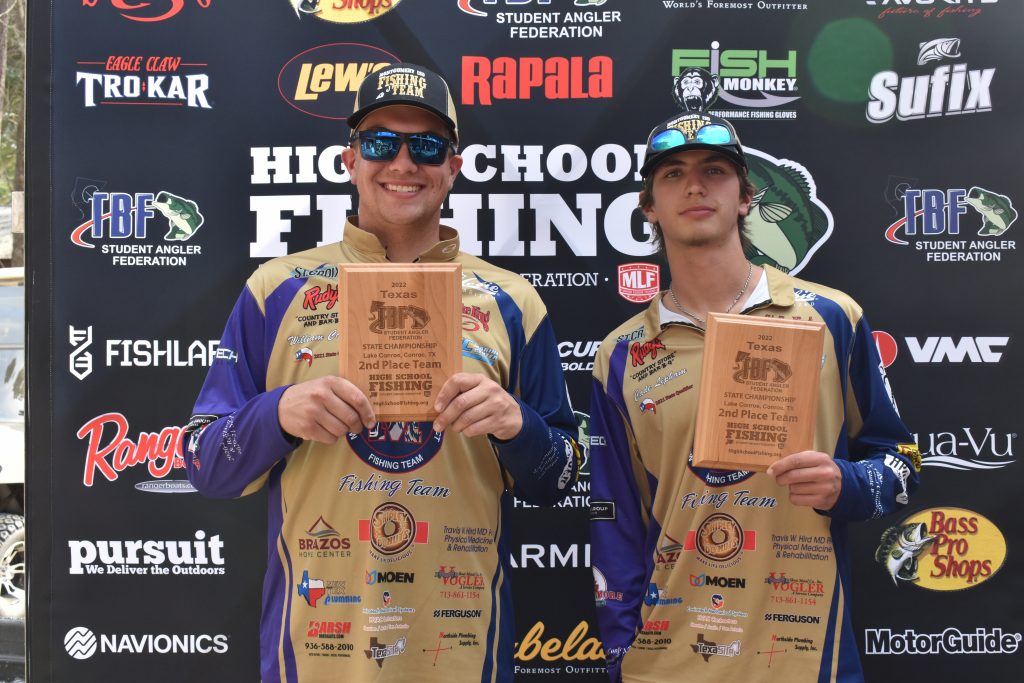 Our third place finishers representing Clifton High School were Zander Windham and Dayton McDowell, with a solid bag weighing in at 17 pounds even. All three top finishers had solid bags of fish to weigh in on Lake Conroe. 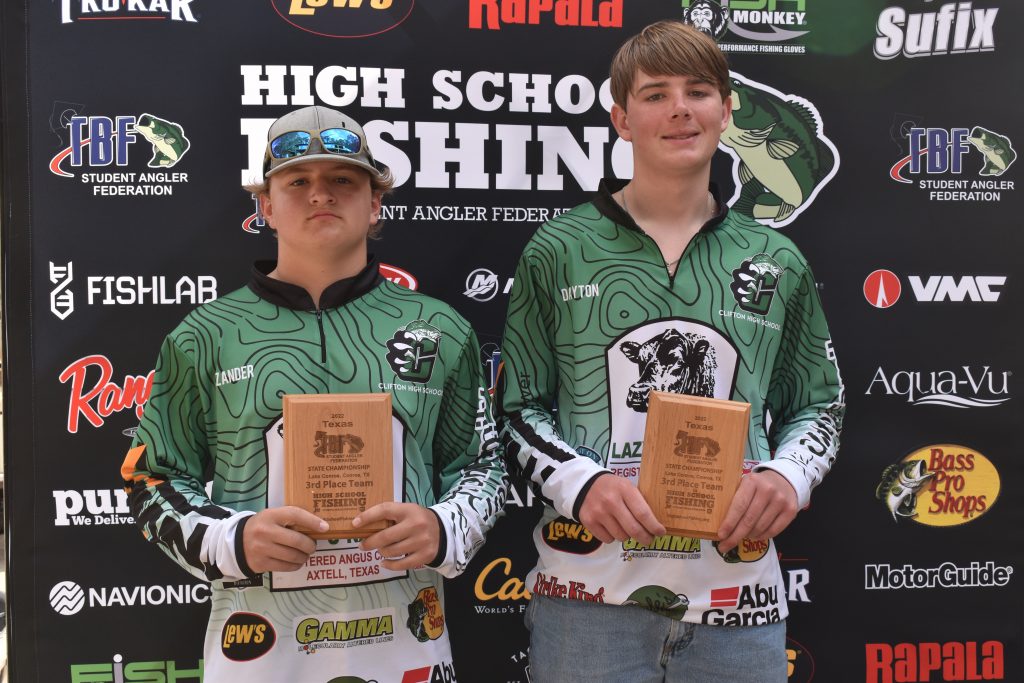 The Lew’s Strike King big bass award went to Preston Burch and Andrew Wilson with a Solid Conroe lake bass weighing in at 7 pounds 9 ounces. The team from Montgomery ISD each won a Lew’s reel for their efforts with the biggest bass of the day. 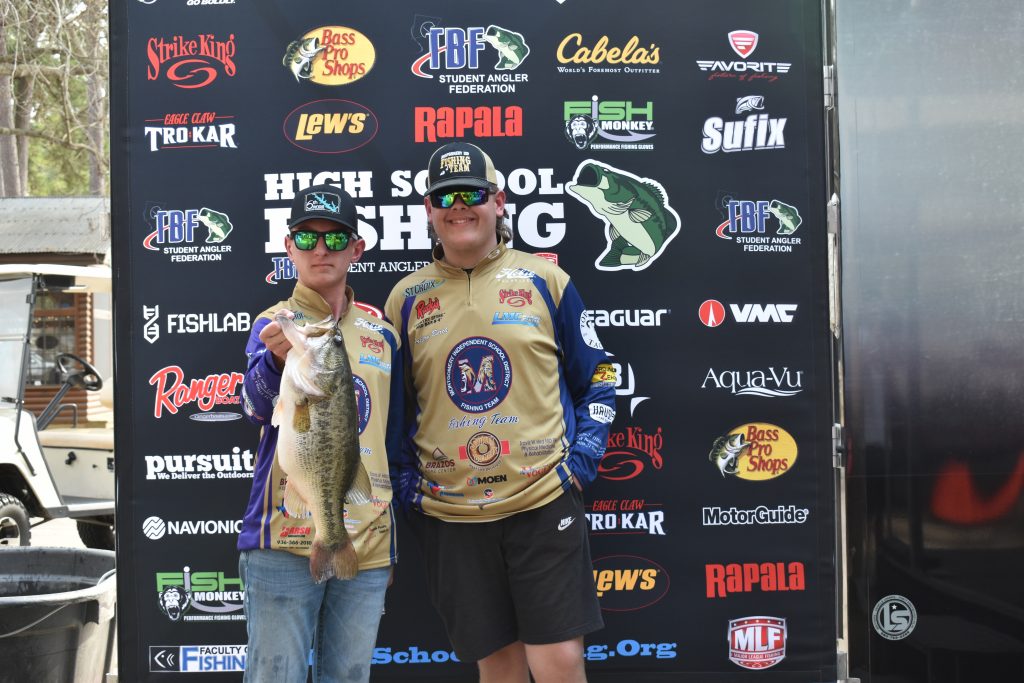