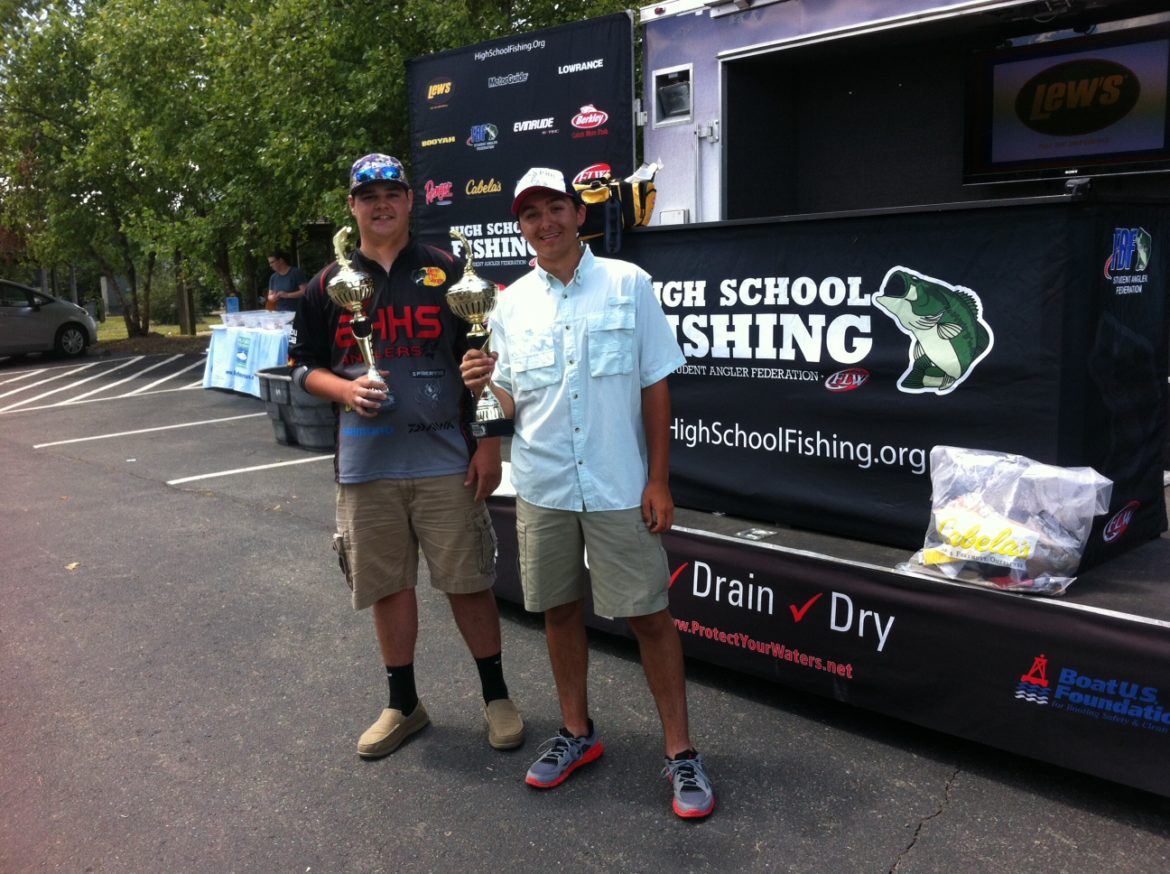 “We caught the majority of our fish first thing this morning on a whopper popper,” Blair, who will be a junior next year, said.  “We got a limit early fishing shady areas and docks,” Lamm added,” and then all of our fish but one came on the whopper popper.” The smiling duo also stated that keeping confidence up all day was the key to their success. 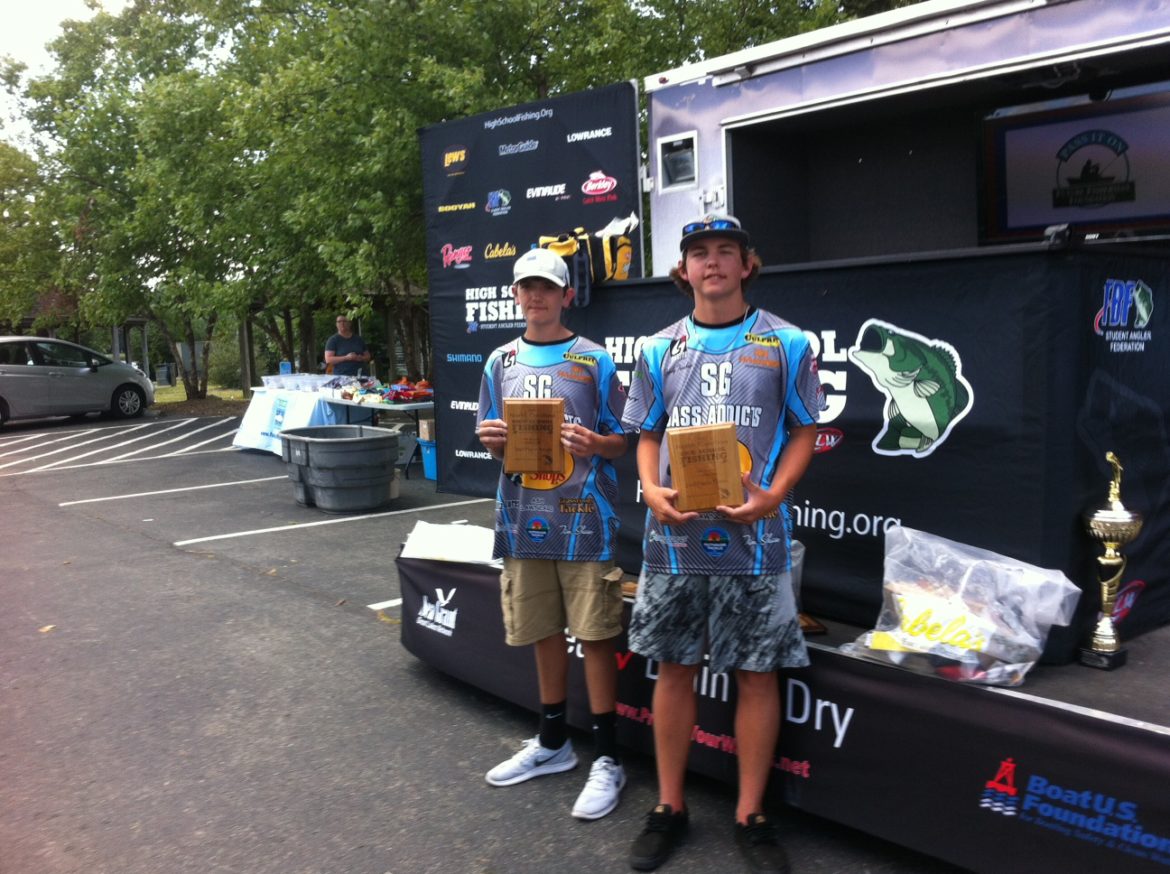 Coming in second, was the team of Noah Howard and Brady Trueheart from South Granville High School with a limit of bass weighing 14 pounds 3 ounces. 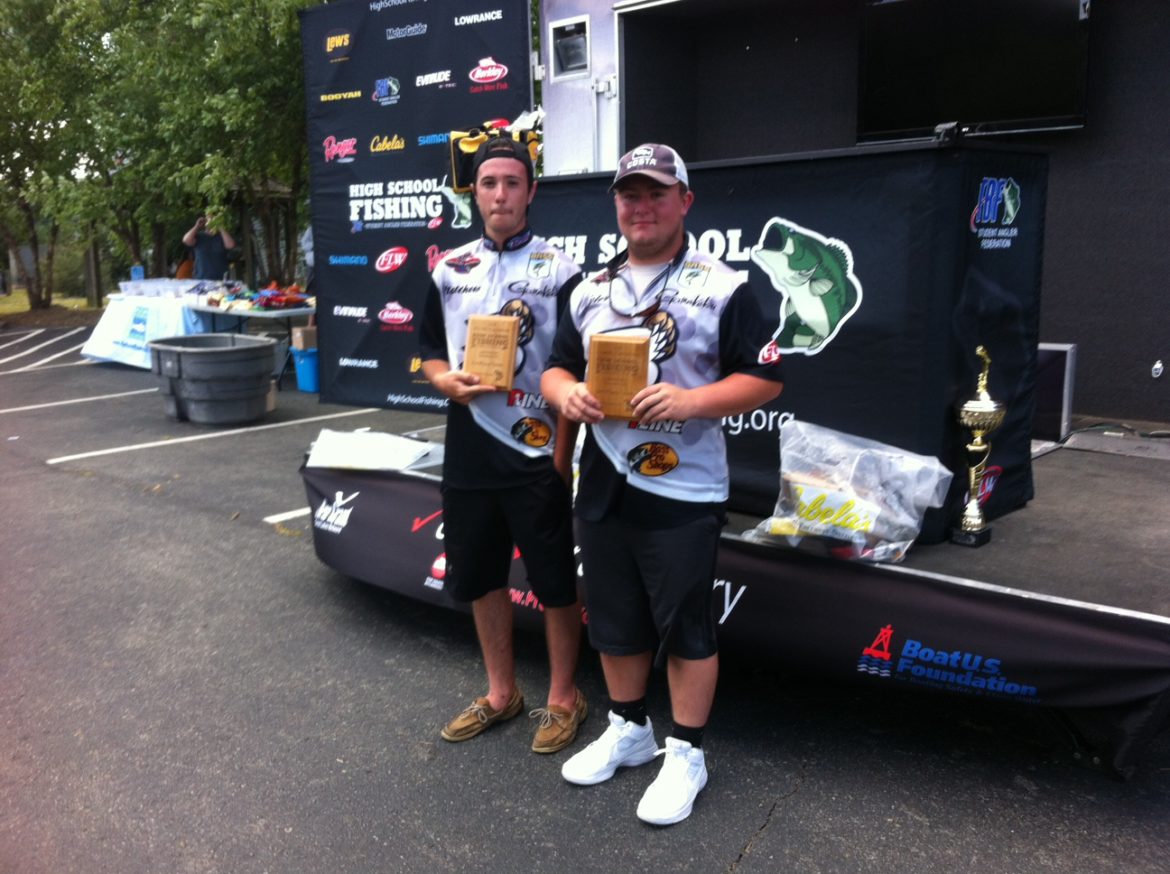 Tyler Dunn and Mathew Shrewsberry from Beddingfield High School claimed the third spot with a limit that tipped in at 13 pounds 1 ounce.

The team of Seth Hartman and John Crain from Cherryville High School had a limit of Lake Norman beauties that weighed 11 pounds 1 ounce to claim fourth place and the final regional berth.

Special thanks go out to Travis Dancy and the Visit Lake Norman group, as well as, the North Carolina TBF for helping with the event.

All SAF Anglers nationwide are invited to the High School Fishing World Finals in Florence Alabama in two weeks. A large field of teams from over 20 different states and over $60,000 in scholarships and prizes are on the line for the winning teams. 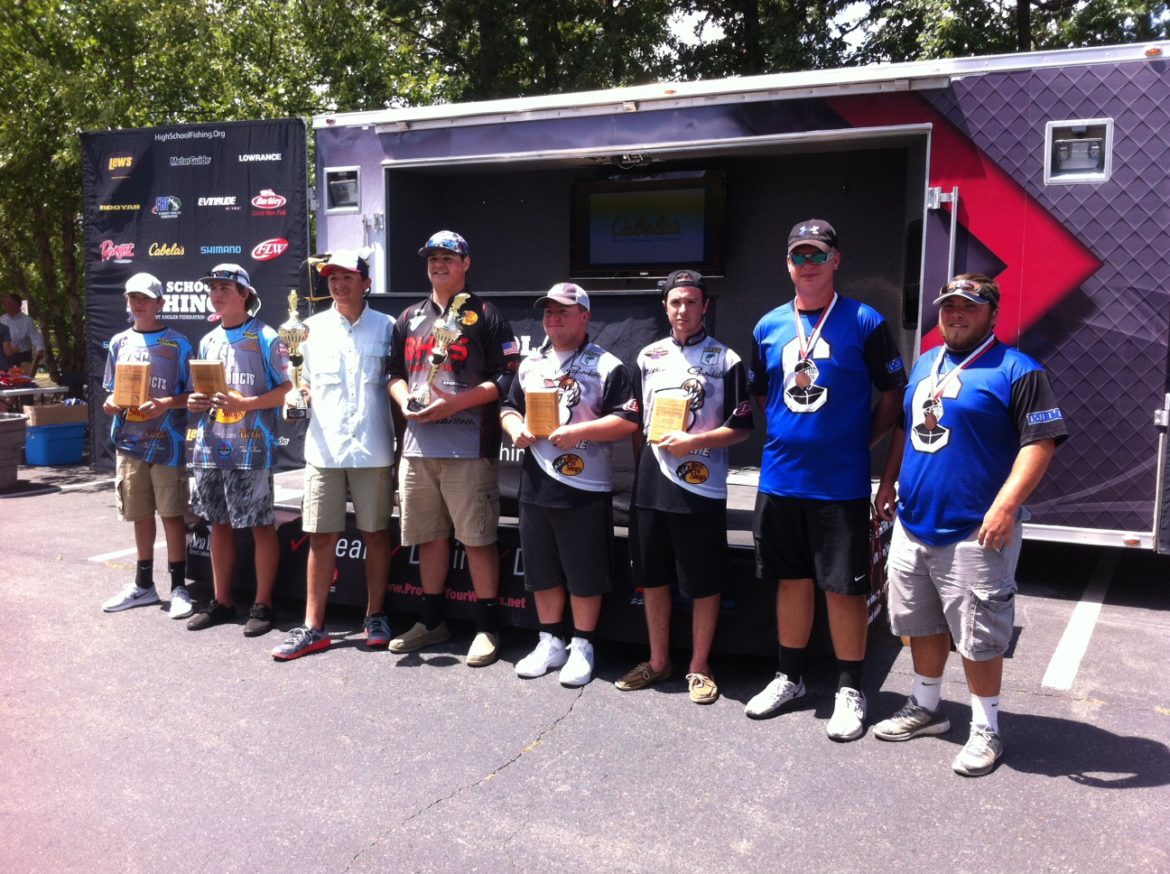