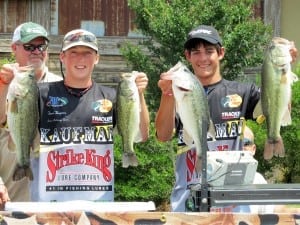 (April 28, 2012 – Garland, Texas) Your average weekend bass fisherman would have watched the weather man and turned over and went back to sleep on Saturday; however, 44 high school fishing teams braved the 30 plus mile per hour winds at Lake Ray Hubbard.  Teams representing high schools from as far away as Carthage, Marble Falls and Eastland showed up for over $3,000 dollars in scholarships along with factory merchandise.

When the weigh-in ended, Trevor Thompson and Shelton Vasquez of the Kaufman Lion Fishing Team bested the entire field by bringing five fish that weighed 19.47 pounds. The two fished main lake rocks and rip rap with spinner and crank baits. Tommy Climer, who was Trevor and Shelton’s boat captain, commented at the weigh-in, “This was the most fun I have had fishing, without fishing in a tournament (boat captains can only assist, but cannot fish during the day). Climer continued, “These two guys did everything I told them to do.  They took my knowledge of this area and, with their skills, brought in this great catch. They worked well with each other, were quiet, and concentrated the entire time.” Thompson and Vasquez’s first place finish merited $2,000 scholarship money that will be sent to their high school to be used when they enroll in a college. 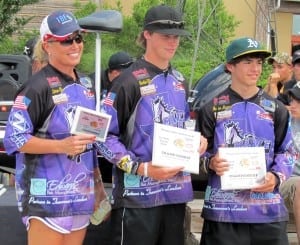 Sixth place went to Kaufman’s Marshall White and Lane Allen. Their 12.90 stringer was anchored by a 6.19 pounder which was the second biggest bass in the tournament. They were only bested by Colt Benedict and Zachary Laky’s 7.26 monster from the Forney High Bass Team. This helped Benedict and Laky to a second place finish with a total of 13.44, and was good for $1,200 in scholarship money.

JB Mills and Justin Liggett were paired with Terry Peacock. Peacock had a crank bait bite on deeper rocks and was worried that JB and Justin had not had any experience in cranking deeper rocks. “This technique takes a lot of feel running a deep running crank over rocks; even the best bass fishermen lose their share of bass while trying not to hang up their bait.” Peacock continued, “The wind made this kind of fishing tough; however JB and Justin brought in 7.60 pounds for 13th place.  Next time you see Justin, ask him about the one that got away (which was reported by Peacock to be over 10 pounds)!

Blake Shaw and Rusty Faries brought only one bass to the scale for 1.51 pounds. Both boys fished well in the high winds. Josh Conner and Zak Ravella, who were entered in their first bass tournament, did not weigh a fish but learned a lot. Clayton Powell who was fishing by himself did not weigh in a bass.

Kaufman’s top three teams weighed in 39.97 which bested Forney’s total weight of 26.12 for the Texas High School Bass Fishing Championship.  Tommy Climer, who was very impressed with the first place team of Trevor Thompson and Shelton Vasquez, was contacted by Dobyns Rod Company who made them members of their pro staff!  Steve Holland who is the coach of the Kaufman High School Fishing Team said, “That’s a benefit of winning, companies want you to represent them. It is not unusual for high school students to be selected by skateboard and motorcycle companies. You are going to see a lot more sponsorships by fishing related companies for high school bass anglers.”  Congratulations to Trevor and Shelton! They will represent Dobyns Rods as well as they represent Kaufman High School.

Holland concluded, “ I want to thank all of the sponsors that made the Texas High School Bass Fishing Championship a great success; Bass Pro Shops, Tracker Marine, Strike King,  Rapala, Yum, Lake Fork and Tackle, Brian Hughes of WBAP radio, Barry Stokes of Outdoor Trails TV, American National Bank of Kaufman and Justin Rackley.  Also, a special thanks to the parents who have supported me in this program and helped out at the tournament. 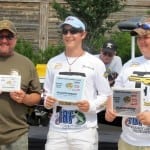 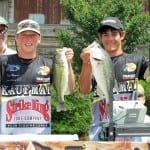 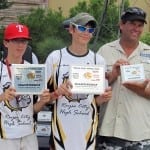 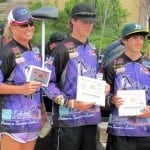 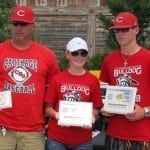