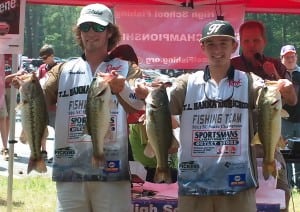 Greenwood Lake, SC – Hampton Anderson has become synonymous with winning the South Carolina High School State Bass Fishing Championship. With his partner from last year graduating, the young star recruited the services of his new partner Eli Rowland to capture this year’s event on Greenwood Lake. With a 36 boat field to work through, the pair used a top-water bite to catch a very nice 5 bass limit that weighed 15lbs 14oz to edge out the runner-up team of Carter McNeil and Justin Morris of Abbeville High School. The 2nd place team caught a very respectable five fish limit of 14lbs 4oz. Third place went to Brad Williamson and Cory Powers from Chapin High School, who also had a five bass limit weighing 12lbs 11oz. 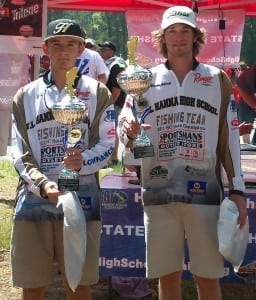 Greenwood Lake proved to be a productive fishery as fifteen teams took home additional prizes sponsored by the Berkley “Five Alive” program that rewards anglers for catching a limit of fish which they bring to the scales alive and well.

“This is awesome,” stated Anderson, who also advanced on to the regional competition with his partner last year. He will be doing so again this year as a result of winning this year’s event. “We fished some off shore points and humps and we really didn’t have much success until later in the morning when the wind started to put a little ripple on the water,” stated the duo. “Then things kind of came alive and we were able to concentrate on that offshore bite for the rest of the day.” The South Carolina High School Movement continues to grow as this year field more than doubled in size from last year’s event. It is popular enough in the state to make national news on Fox News just in the last few weeks regarding High School Bass Fishing as an official high school team sport.

Anderson and Hampton also claimed the SAF Certified Angler Award, which rewards teams for doing their classroom work with an on-line angler test on Boater Safety, Angler Ethics and Invasive species. This year’s Award was sponsored by the South Carolina TBF and Berkley. 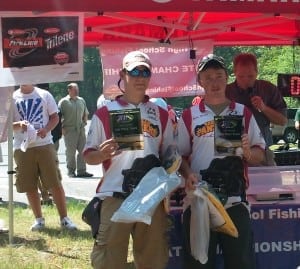 School Fishing World Finals will return to Russellville, Ark., July 15-21.  Registration is open to ALL SAF members.  It’s a no entry-fee event, SAF members can go online at www.highschoolfishing.org to register. 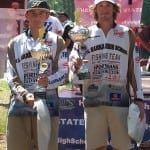 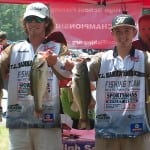 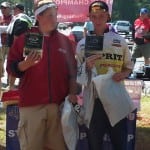 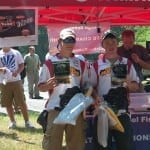 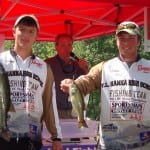