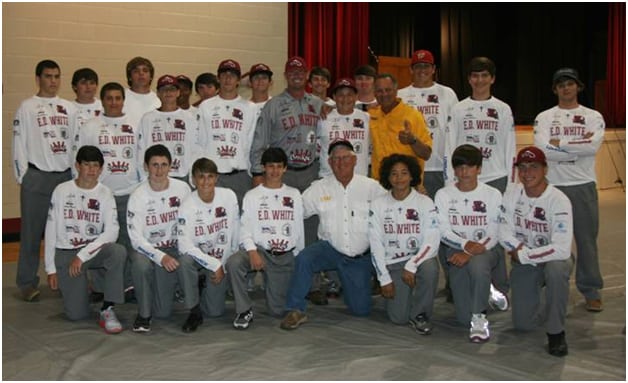 A chance meeting at a baseball facility between current E.D. White Catholic coach David Constant and former Bassmasters champion Jack Hains more than a decade ago has led to a new sport at the Thibodaux high school.

With guidance from Hains, who Constant met while instructing Hains’s son in baseball in Baton Rouge in 2000, close to 50 E.D. White students have formed a competitive fishing team.

The sport is not sanctioned by the Louisiana High School Athletic Association, but with many colleges featuring fishing teams and scholarships to go along with competing, and with at least three states — Illinois, Kentucky and South Carolina — offering fishing as a sanctioned high school sport, Constant said he hopes that will soon change. 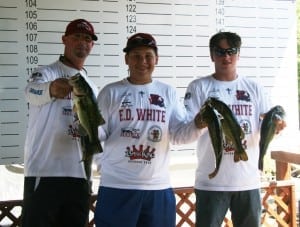 “I am just so excited about the opportunity for the kids and for the support we have gotten from the community and our school administration,” Constant said. “It has been overwhelming because so many people have been calling and trying to find out about it. Thibodaux Regional Medical Center, Louisiana Sportsman (magazine), the television show “The Casting Cajun” and Cajun Home Improvements have all helped out.”

The team, which for now holds a club status, will fish in its first competition on Sunday in the Bayou Black area. The teams at E.D. White will fish against each other.

While it will start with freshwater fishing and more specifically as a bass-fishing competition, Constant said it will also move toward saltwater fishing in the future.

“I had seen it on TV where high schools had fishing teams, and I wanted one since I was in middle school,” E.D. White team member Colt Clement, a sophomore, said. “Coach Constant came in and got it started, and we really like it. It will be fun. We are going to have a lot of good times together.”

Constant said his father, Daniel Constant, often took him and his brothers out fishing when they were young, and he developed a passion for the sport.

When he came to E.D. White before the start of this school year, he said he got to know a lot of students who shared that passion and hoped he could help them represent the school though fishing competitions.

Constant said when he was in Baton Rouge, he traded hitting lessons for Hains’s son for fishing lessons, and he and Hains grew close and remain so.

“To be able to teach the team some of the techniques I learned from my dad or Jack Hains is a really cool thing to pass on to the team,” Constant said. “We are so blessed to live around so many prime areas to fish. I hope one day a student from our area will be able to showcase what he or she has learned in a major event.”

Constant also said the team will also focus on conservation.

“I want to make sure our team is working to help take care of our local fishing areas so their kids and generations to come will be able to enjoy the resources the good Lord has given us,” he said.

E.D. White senior Alex Percle said some of his friends at other schools have inquired about the fishing team.

“All my friends at other schools are definitely envious,” Percle said. “It’s an awesome thing to have here. I have been fishing all my life. We always had a camp on the water. To have a team at school is awesome. I am definitely pumped up about it.”

Another E.D. White team member, sophomore Grant Naquin, said fishing has always been a part of his life.

“Every since I was little,” Naquin said. “It’s so much fun. I’m glad we have a team now because it’s something I really love to do.”

Hains, the 1975 Bassmasters champion who has also won numerous other major events, will be in Thibodaux on Friday at E.D. White for a seminar starting at 7 p.m. He will offer fishing techniques and advice on how to setup a high school fishing team.

Admission is $10 and all are invited. An all-expenses paid fishing trip for two to fish with Hains will also be given away.

“I was talking to Jack, and I just thought this was a great opportunity to get kids involved in fishing and a chance for them to receive scholarships,” Constant said. “I played college baseball and if they would have had fishing when I was in high school, I would have had to make a choice because I love it so much.”

Constant said he has had inquiries from Vandebilt Catholic, South Terrebonne and Thibodaux High about how to start a fishing team.

He added the knowledge he has gained from Hains has gone a long way.

“He is such a good Christian man, and I am blessed to know him,” Constant said. “He comes to this area, and we go chase speckled trout. I have learned so much from him. I watched him use his professional bass fishing techniques applied to saltwater (fishing).”

For information on high school fishing, e-mail Constant at dave5lsu@yahoo.com. 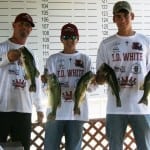 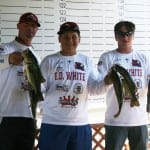 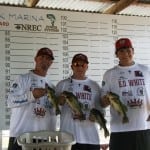 3rd place was grant Naquin and trey Dobson with 9.2 lbs 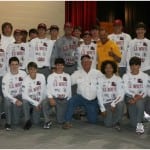