Roberts and Drewery win in a photo finish shootout at the Virginia State SAF Championship! 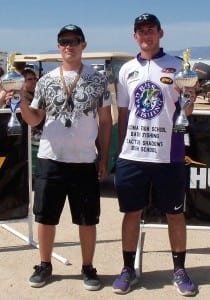 Conditions on the lake were fierce as the anglers battled less than ideal conditions brought on by strong winds.  After an eight hour grind, the teams and their captains headed back to the shores for the weigh in.  Christian Borucki of Cactus Shadows High School in Cave Creek and Brandon Koon of Shadow Mountain High School in Paradise Valley were last to weigh in with an impressive 12.09 pounds.  Their extraordinary efforts and unconventional approach that day amounted to a solid victory.  “Owning the 2012 AZ State Championship is an incredible feeling” said Borucki, as years of effort and a carefully cultivated strategy played out on the water that day.  “We didn’t fish bed fish until after we limited out later in the morning, Brandon’s big fish really put us over the top,” exclaimed Borucki.  Everyone was a little surprised by its weight of only 3.36 pounds, but the team assured the crowd that it had just spawned out.  This event offered The Bad Bass Fishing Team of Borucki and Koon one last opportunity to go out on top as both boys are seniors that wouldn’t be eligible for next year’s championship.  They placed 3rd in 2011’s SAF State Championship so the team quickly set their sights on claiming the title in 2012. Koon is no stranger to big wins either; He was part of the team that won the 2011 High School Fishing World Finals on Lake Dardanelle last July. 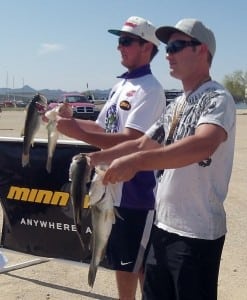 Mike McFarland, of the Hook Up Outfitters, was the captain for the Bad Bass Team.  “I’m not just proud of them, I am so happy for them”, said McFarland. For years Christian has been hanging out whenever possible at the “Hook Up” absorbing all that they would share with him.  They had become his mentors and the state championship was all the sweeter with his presence.  Both Borucki and Koon are active in their community, promoting their passion for fishing.  “Those boys saved my hide last week”, said Rory Aikens of the Arizona Game and Fish Department.  Christian had volunteered to be a fill in at the Arizona Game and Fish Outdoor Expo’s demo tank.  He had hoped to assist the pro’s who were scheduled to be the main attraction when a scheduling conflict resulted in their absence.  Borucki called his teammate for assistance and the duo became headliners for the day.  From 9am-5pm they worked the crowds, told jokes and demonstrated their technique while encouraging parents to take their kids fishing and start a high school team.

Hunter Konecny & Tayler Kreuzer of Apache Junction & Desert Ridge High Schools missed out on first by 2.24 lbs. They weighed in a five bass limit that went 9.84 lbs. Following close behind in 3rd place was Douglas Lavigne & Joshua Carmon of Dobson High School with a limit tipping the scales at 9.67 lbs. Last year’s state championship team, the Nugent twins Cody and Michael took home big bass honors with a lunker that weighed 3.68 which helped them finish in 4th place with a 4-bass total of 9.12.

Borucki & Koon advance to the conference championship to be held this fall in conjunction with an FLW College Conference Championship. Last year’s regional was held in Arizona on Suguaro Lake in Mesa.

Koon is currently the reigning 2011 High School Fishing World Finals champion and will be competing in Alabama on Pickwick Lake with his World Finals Champion partner in the 2012 ACA National Championship May 23-25. 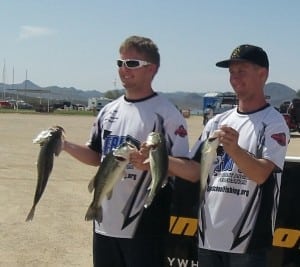 If you’re interested in how to get High School Fishing started in Arizona, you can contact the Arizona High School Fishing coordinator Keith Espe at TBFHSBass@AZBassFederation.com or go to HighSchoolFishing.org for details on the Student Angler Federation (SAF). Cost is only $25/ year and includes full TBF and FLW Outdoors benefits, including access to the all-new FLW Outdoors Magazine e-Edition and insurance coverage for students and their club.

The TBF High School Championship series continues this week with the South Carolina Championship at Greenwood Lake. The 2012 High School Fishing World Finals will return to Russellville, Ark., July 15-21.  Registration is open to ALL SAF members.  It’s a no entry-fee event, SAF members can go online at www.highschoolfishing.org to register. 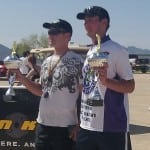 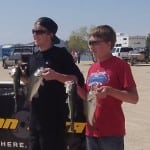 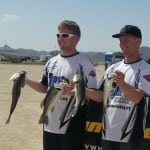 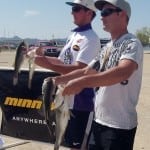 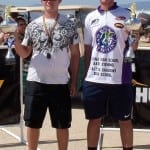 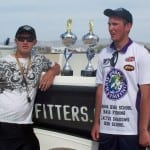 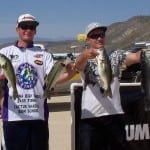 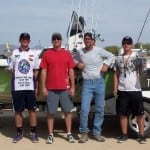