The Student Angler Federation (SAF) had their Tennessee High School State Championship at Kentucky Lake out of Beech River Pearl Harbor Ramp.  Anglers all over Tennessee came to storied Kentucky Lake to try their luck and win a state title.

The Scotts Hill team of Braden and Ross Wilson claimed top honors with a hefty sack of fish that weighed 19 pounds and 7 ounces.  Taking second place was the Henry County team of Charly Hutson and Chloe Wisniewski with 15 pounds and 14 ounces.  Third place belonged to the newly formed West TN Student Bass Trail TEAM OF Hunter Sims and Harrison Overman with 11 pounds and 13 ounces.  The top five also included Hunter Slone and Elijah Kelley from Upper Cumberland with 9-02 and Drake Hamilton and Jace Richardson, from Obion County, with 8 pounds even. 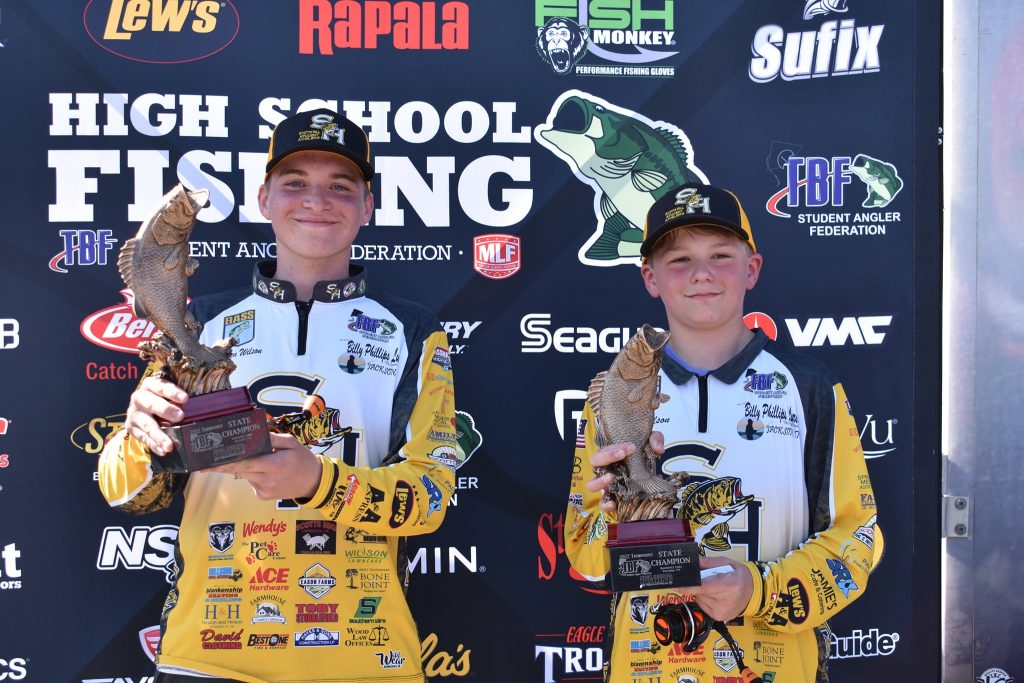 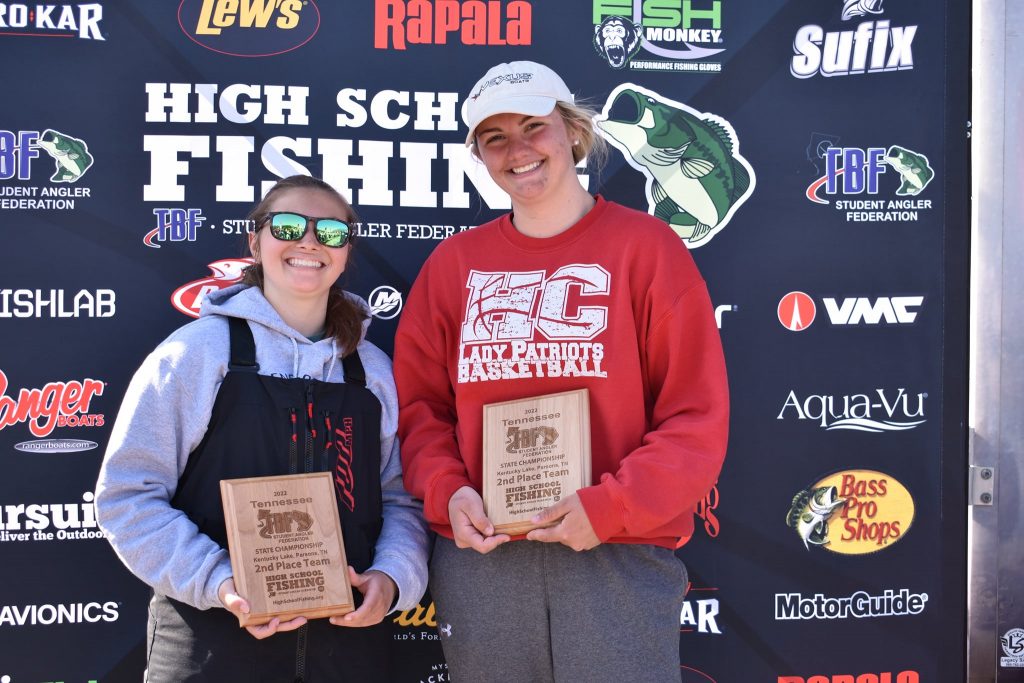 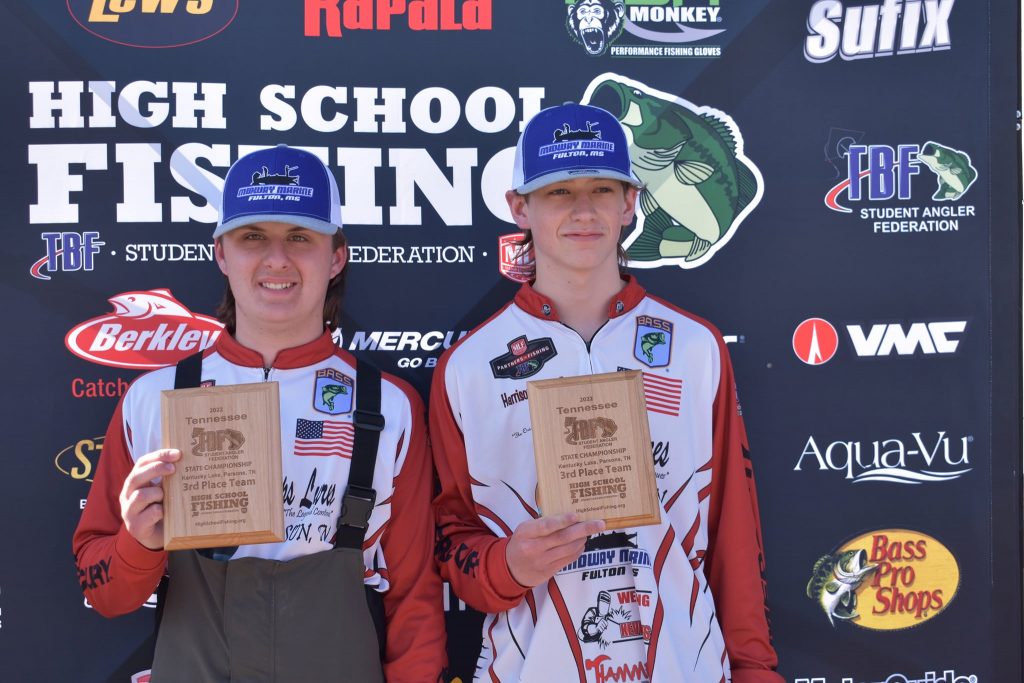 Braden and Ross Wilson also claimed the Lew’s Big Bass Award and two Lew’s Reels with their 7-09 lunker, that they caught just after the event started.  Most anglers were catching their fish on crawfish- colored crankbaits or Rattletraps.

Full tournament results and photos can be found by CLICKING HERE