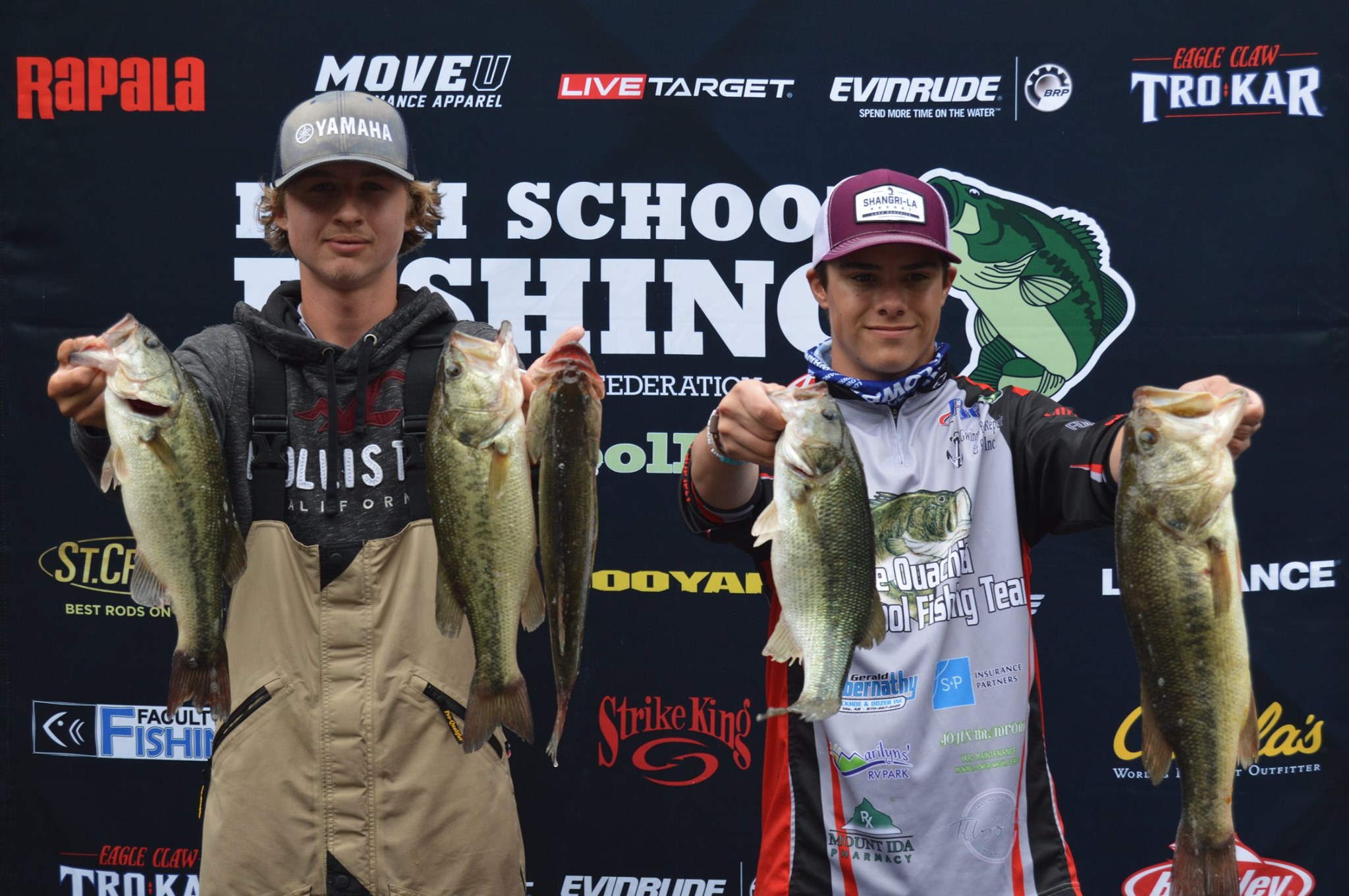 The top five weights were very close as less than two pounds separated the best five weights.  Second place was taken by Ben Brockwell and Austin Fleming from Hamburg High School with 13-00 pounds. 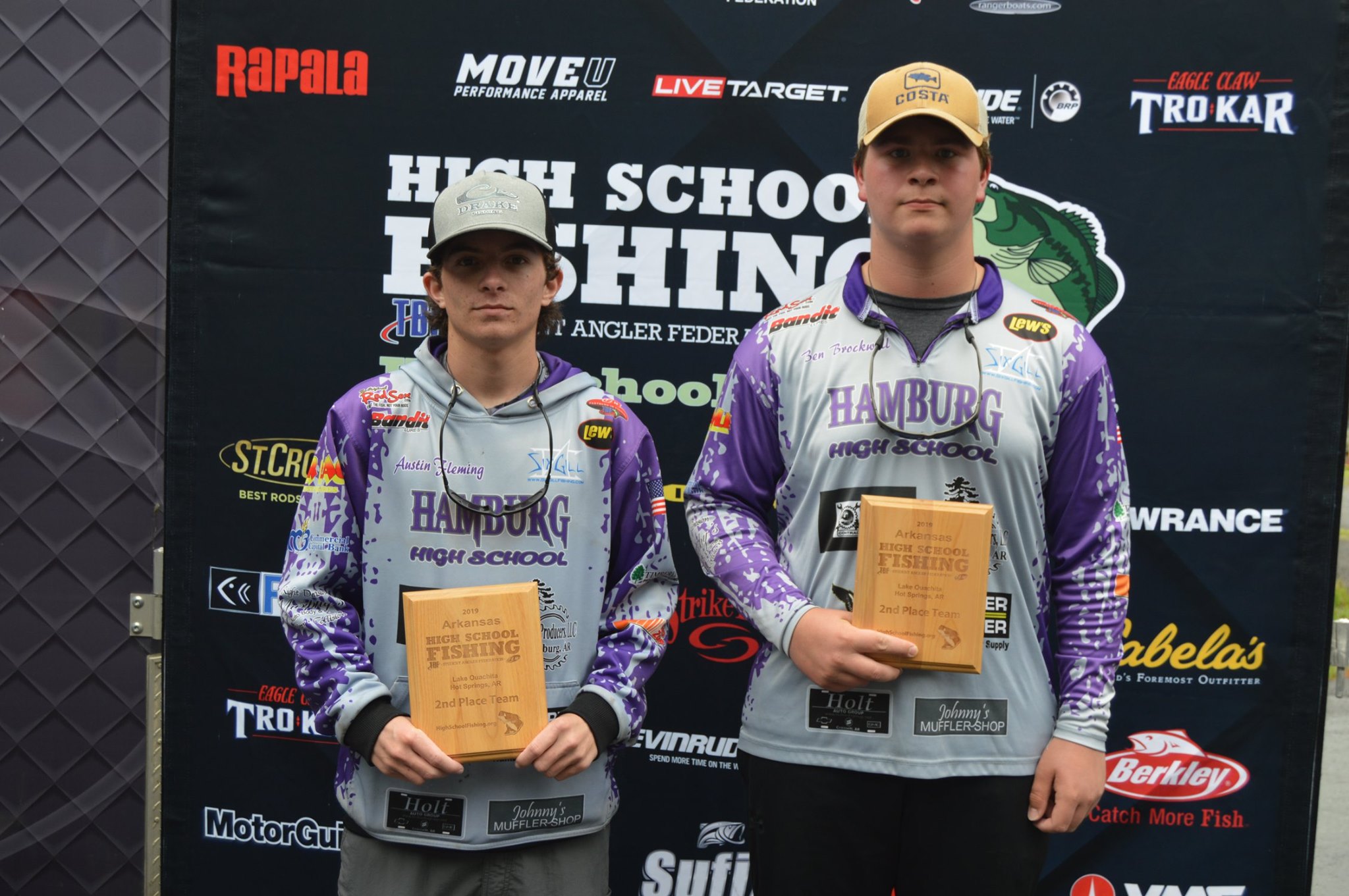 Third place was jus two ounces less at 12-14 pounds and was taken by Kyle Fleming and Dalton Gill, also from Hamburg High School.  The last two spots were taken by Austin Johnston and Cason Cannon with 12-02 pounds and by Austin Rose and Evan Graves with 12-00 pounds even.  The Lew’s Big Bass Award went to the team of Austin Rose and Evan Graves with a nice 4-14 pound lunker.

With the recent rains and the higher than normal water levels, most everybody was fishing shallow around the flooded shoreline.  Topwater, chatterbaits, spinnerbaits, senkos, wacky worms and soft plastics all caught fish for the top teams. 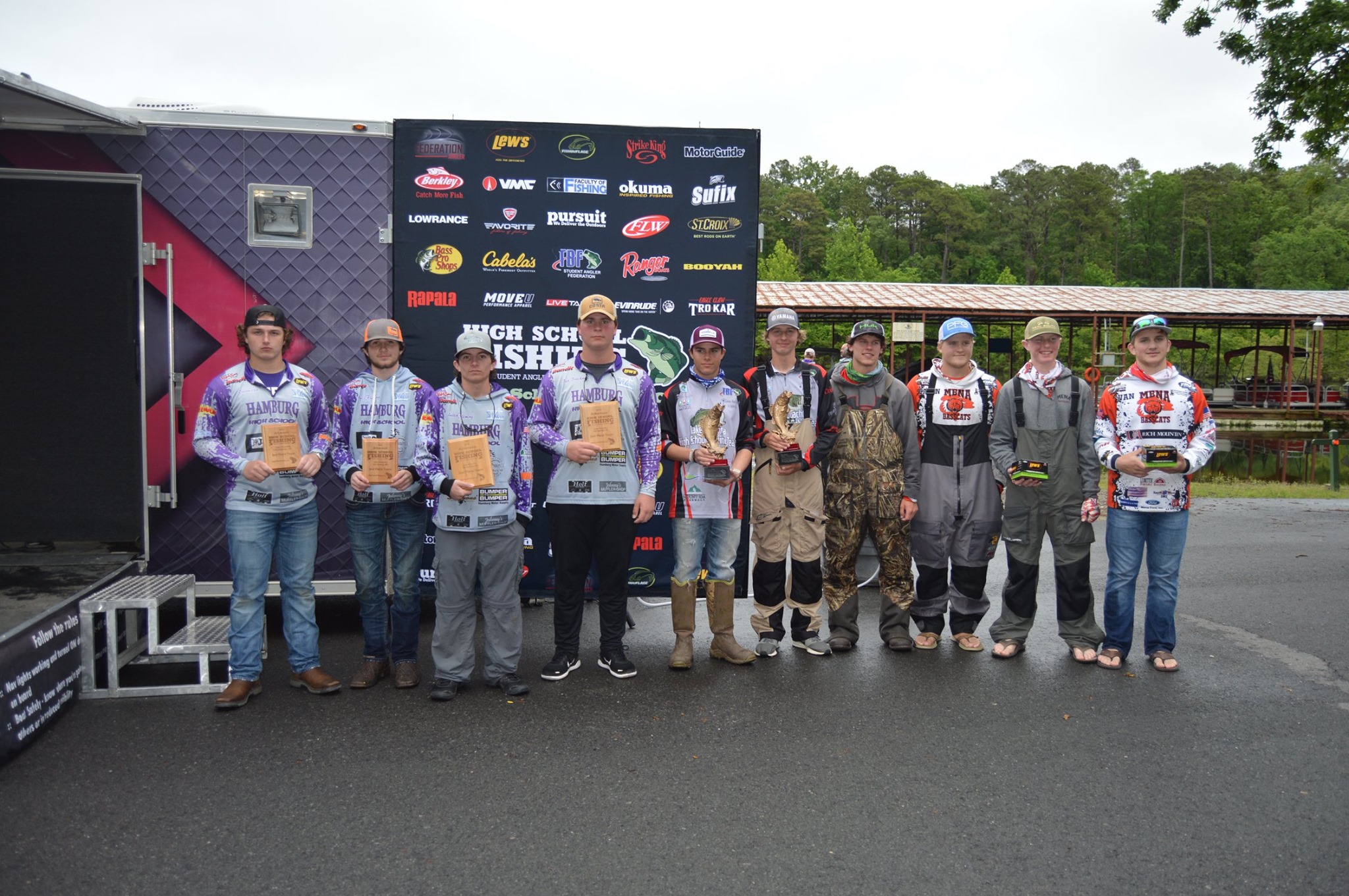 If you would like to see all the final results or pictures visit our results page.