The weather was perfect and the fish were biting this weekend as 26 teams from across Arizona traveled to compete on Martinez Lake.  The teams went head to head for the champion titles, as well as, two slots to advance to the Regional Conference event.

All 26 teams brought fish to the scale but it was the team of Taj White and Nathan Cummings from Phoenix who seized the win with a five fish limit weighing 22.21lbs.  White and Cummings also landed a #7.45lb lunker to solidify their win.

In second, and snatching the other spot for advancement was Ryder Hart and Isaiah Rios also from Phoenix with a five fish limit weighing #19.17lbs.  Hart and Rios also had tournament big bass with #7.74 kicker.

Both teams will advance to the Regional Conference event on Lake Havasu in October.

Special thanks goes out to Yuma Rod & Gun club for providing support at the event. 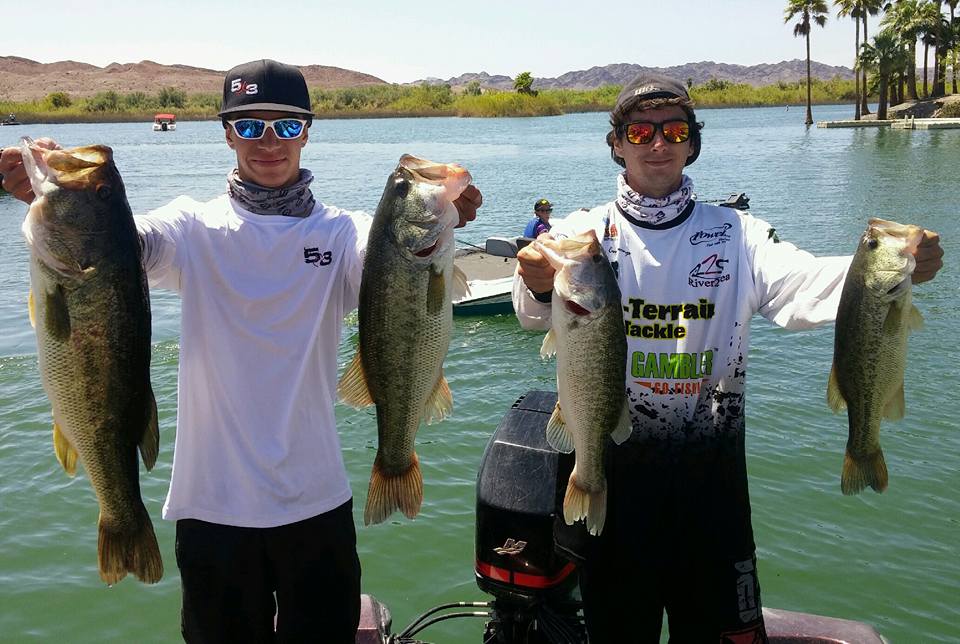