“As the founders of the National High School fishing movement back in 2007, we have seen it grow and expand rapidly since our first High School Fishing World Finals in 2010 and are proud to have FLW as our partners in providing more fishing opportunities for more high school students than anyone else in the world,” said TBF President Robert Cartlidge. “Together we will continue to provide more and better opportunities for our young people wherever we can.”

To that end SAF announced today that not only will the top 10% of each TBF and/or FLW State Championship Challenge or Open event earn a spot in the National Championship and ALL SAF members world-wide are eligible to compete in the High School Fishing World Finals just like in past years where TBF and FLW offered up over $150,000 in College scholarship and prizes in 2018.  New advancement opportunities and details where announced for top High School anglers who win a SAF state championship and are 16 years old or older.

In 2019 the winners of ALL SAF State Championships who are 16 years old or older (one or both team members) will be offered a High School TBF Living The Dream package, a TBF sponsorship for a year to include: fully paid ADULT TBF\FLW competitor membership, Advancement opportunity to represent their home state in a TBF National Semi-Finals as a co-angler, with fully paid entry fees! From there, the sky is the limit, they could qualify for the TBF Federation National Championship, then to the BFL All-American or if they can earn a boater spot along the way possibly even the Forrest Wood CUP!  All while fishing through their home state High School Championship and their home state TBF Federation, Additionally, FLW will place the winning team (16 years old or older) from the National Championship held in conjunction with the 2019 World Finals directly into the BFL All-American. 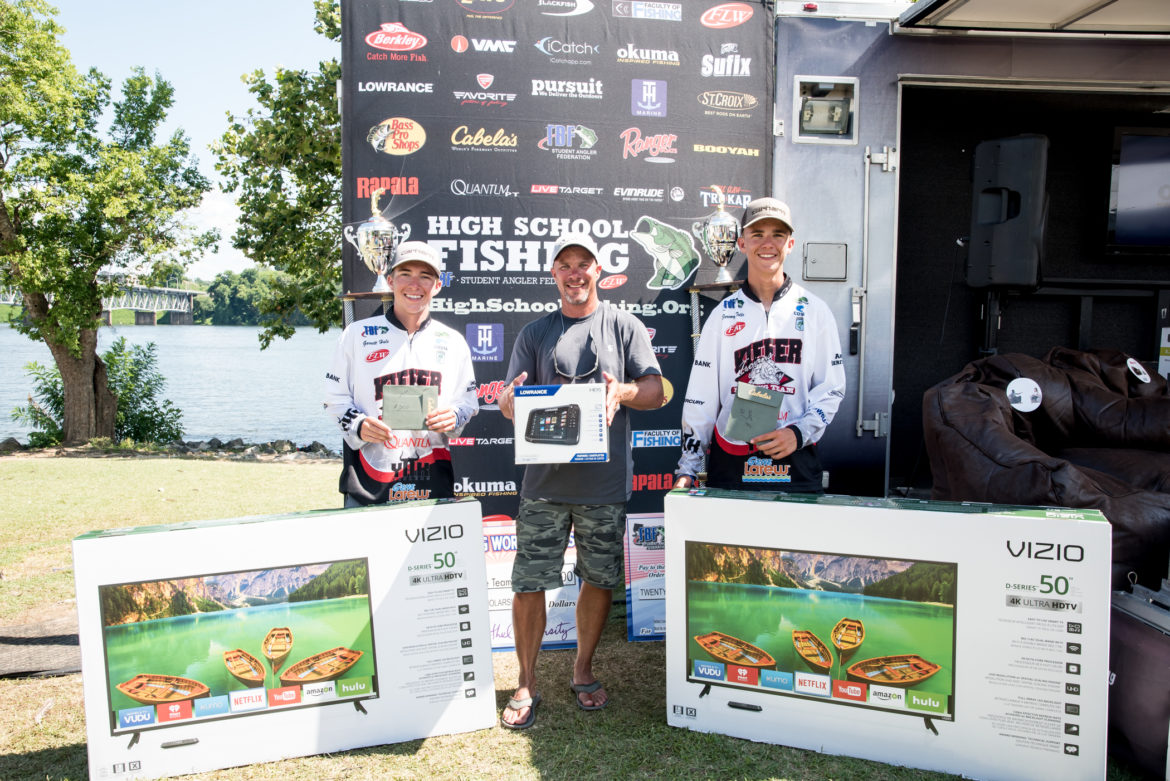 Registration for the 2019 season opens January 3rd, 2019.  For SAF High School Fishing State Championships, each team must compete in the state in which their school is located. Teams from all states can compete in FLW High School Fishing Open tournaments and SAF High School Fishing Challenge events. Entries for State Championships and Challenge events should be made at HighSchoolFishing.org or by calling TBF at (580) 765-9031 and entries for Opens should be made at FLWFishing.com or by calling FLW at (270) 252-1000. There is no limit to the number of teams accepted into a tournament from each school or club.

All FLW and TBF High School Fishing tournaments are free to enter. The tournaments are two-person (team) events for students in grades 7-12 and open to any SAF-affiliated high school club.