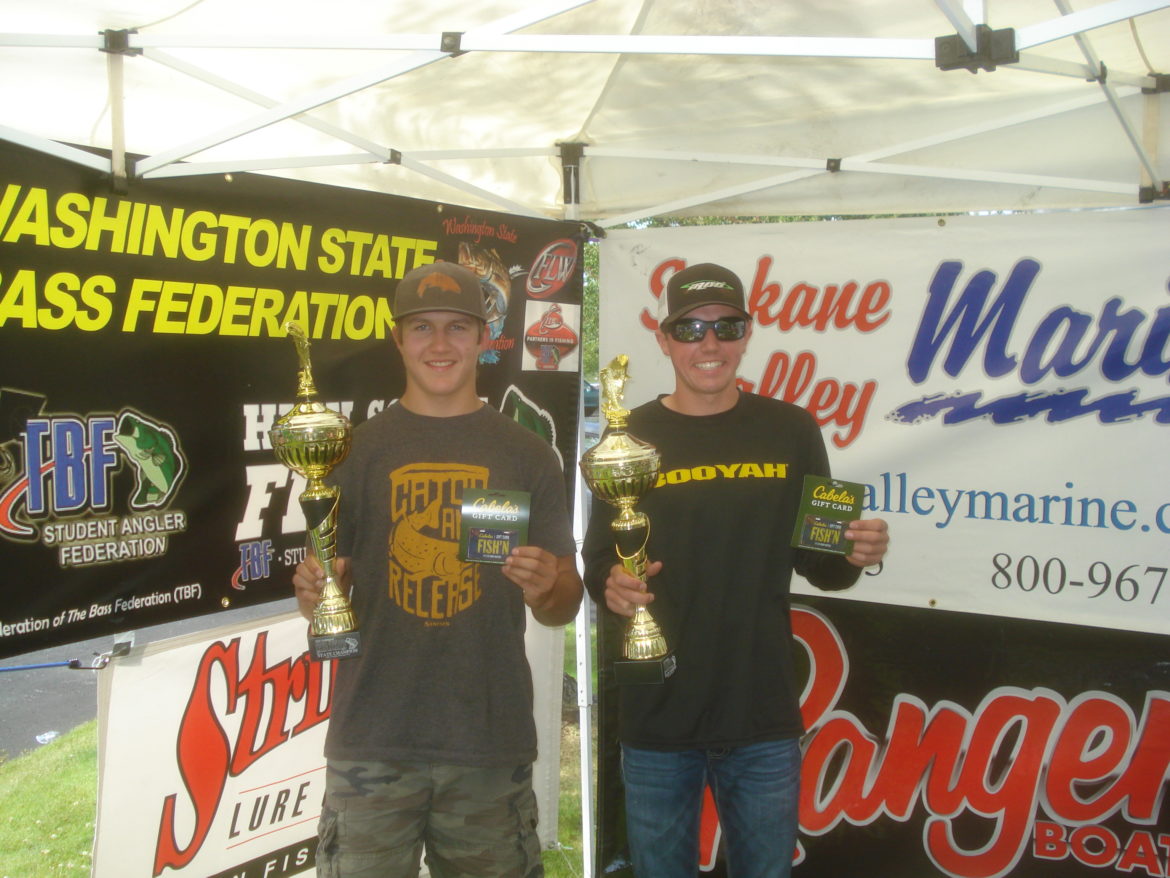 Thirty two high school anglers, the largest group to date for Washington, competed this year in a points series tournaments culminating with the state championship.  Awards for tournament angling team of the year, tournament big fish team of the year and first time scholarship certificates for the top three places made for a very successful and competitive year.

Nathan Portch & Brayden Liebe brought a 15 pound bag to the scales to win the 2016 SAF Washington State Championship held on Lake Chelan in Manson, Wash.  Bluebird skies and only a slight wind made for smooth conditions as the pair managed to top the field, the second time for Portch.  The win earned them championship titles, trophies and a slot in the 2016 Western Conference Regional to be held in October on Lake Havasu, Ariz.

Portch of Spokane not only became Washington’s first back to back state champion, but also Washington’s second student to receive a four year scholarship.   Last year’s partner and fellow state champion, Cully Scroggin’s, was signed by Bethel University in Virginia.  Portch will join Cully next year as members of their fishing team. 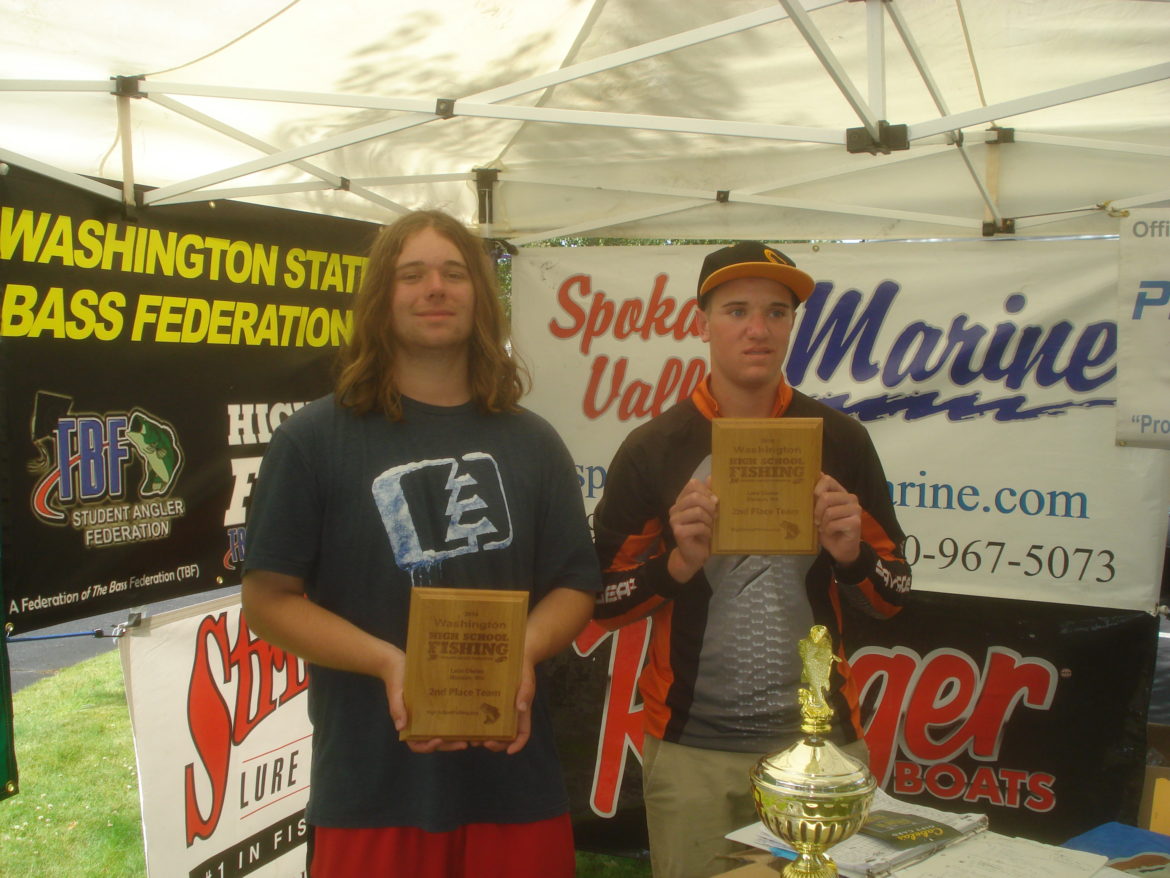 Second went to J.T. Long of New Port & Brodie Trapp of Selah, also a past high school state champion. Third went to Drake Ofsthun & Ryan Heiman of Kennewick. All received scholarship certificates along with awards. Tyson Gray & Logan Boone of Centralia had the tournament big bass with a 4.77 pound smallmouth.

High points Angling team of the year went to Nathan Portch & Brayden Liebe with tournament Big Fish team of the year going to Blake Williams & Nolan Vandine of Pasco. Blake is this year’s Junior State Champion, a seventh grader who teamed up with Nolan a freshman, to compete as a high school team. 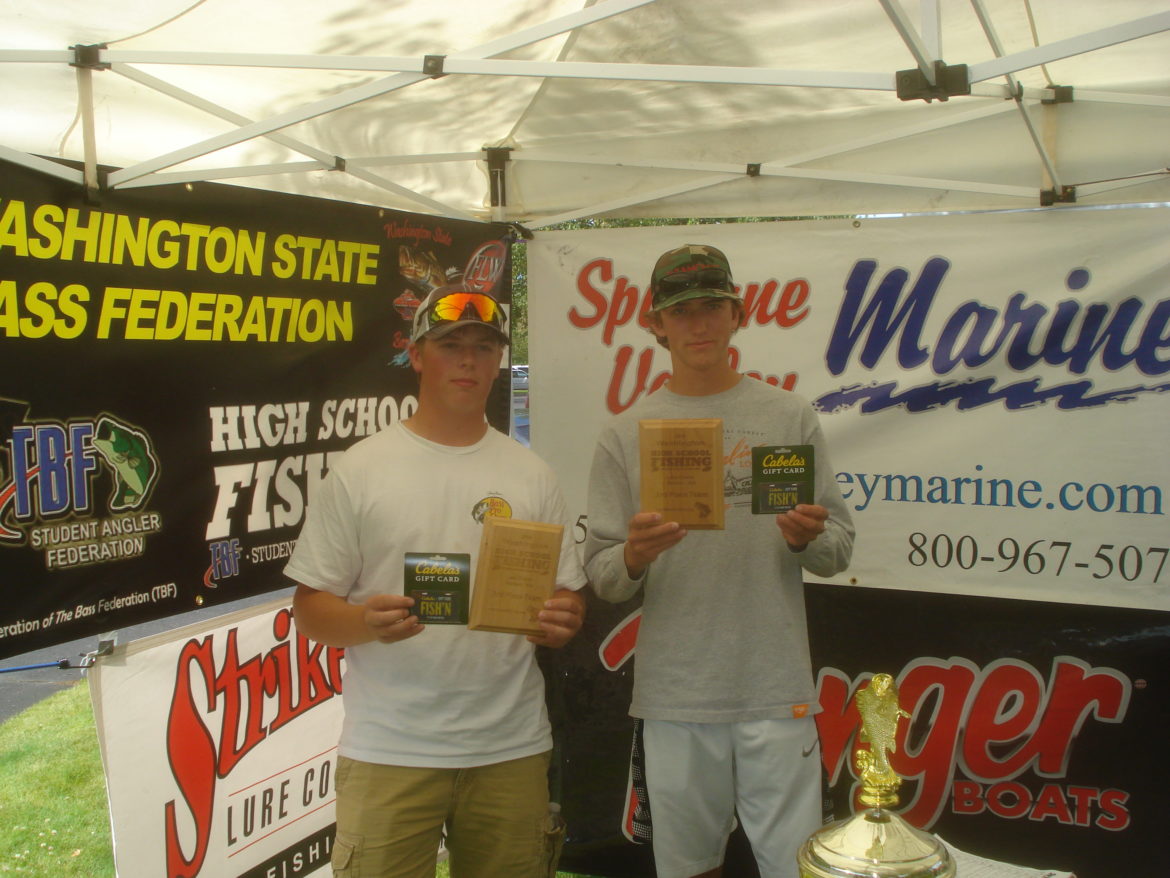 In addition to the state, conference and national championship events, all High School Fishing anglers nationwide qualify for the world’s largest high school fishing, standalone, championship event, the High School Fishing World Finals. The 2016 World Finals was held June 28 – July 2 on Pickwick Reservoir in Florence, Ala., with over $60,000 in scholarships and prizes up for grabs.