A good group of anglers came together to fish on a new lake for the recent Ohio High School State Championship.  This was our first time to fish on Delaware Lake, just above Columbus, Ohio.  Just about all the teams that participated, weighed in at least one fish.  Teams reported that they caught a lot of fish all through-out the day.  Most of the teams were fishing shallow and many were using worms or jigs to catch their fish.  Rattletraps, Shad Raps, Spinnerbaits, Flukes and Crankbaits were also catching fish.  The biggest bass of the event was a 5-06 lunker caught by the team of Aiden Reed and Dylan Behrmann and they received a $200 Lew’s gift card for their efforts.  Anglers said they fished between two to six feet of water and were fishing around grass, rocks, brush piles and docks to catch their fish. 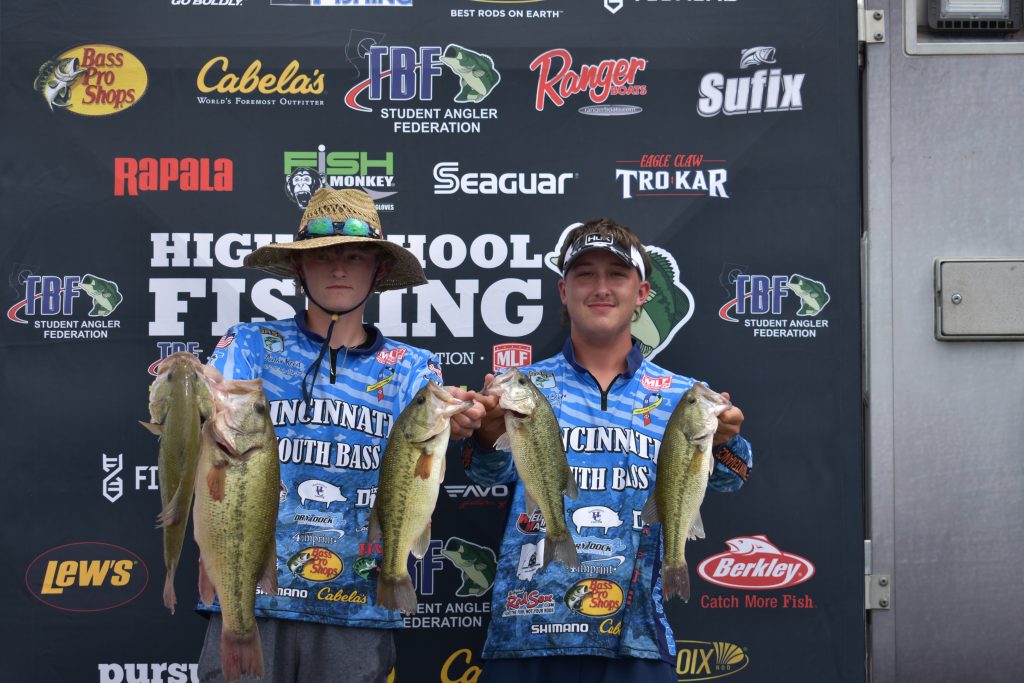 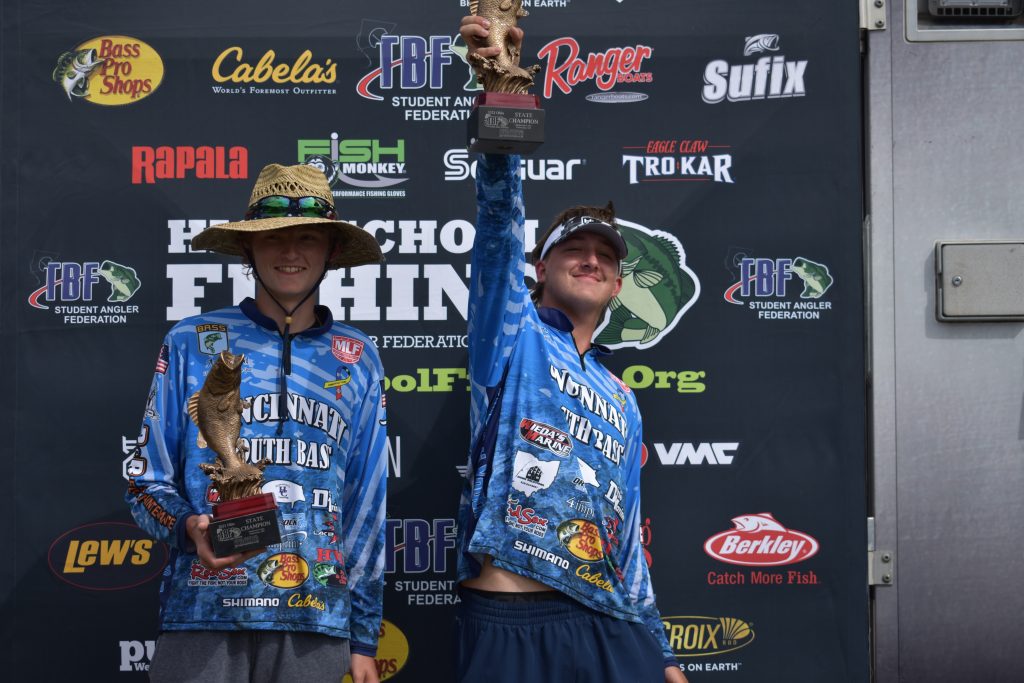 Aiden Reed and Dylan Behrmann, of the Cincinnati Youth Bass Club, brought 14-00 pounds to the scales to claim the victory and took home the first-place trophies. 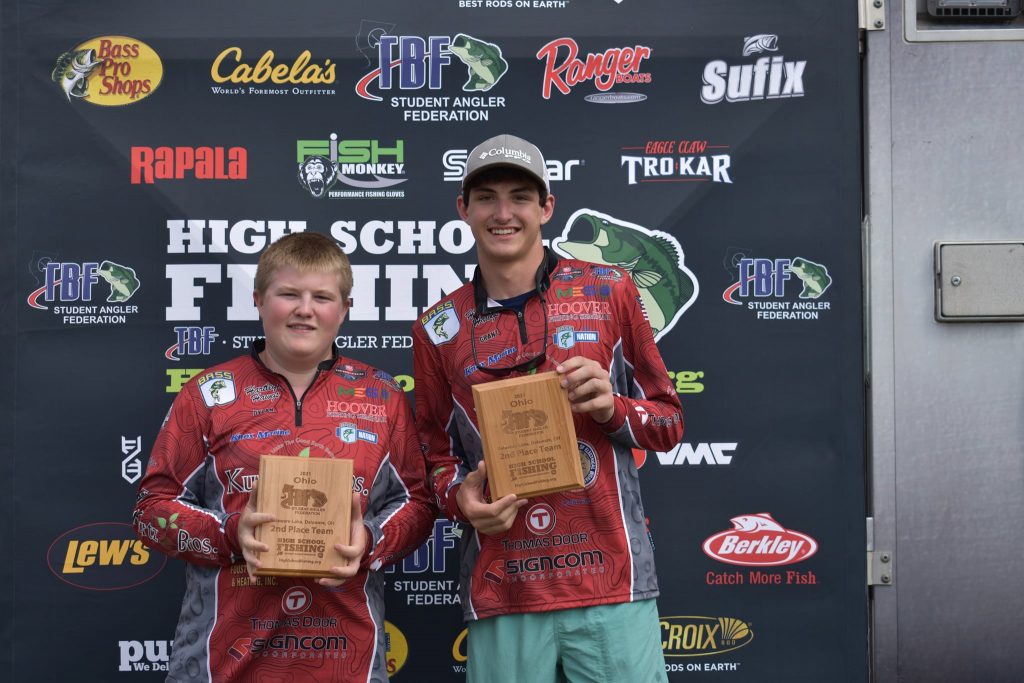 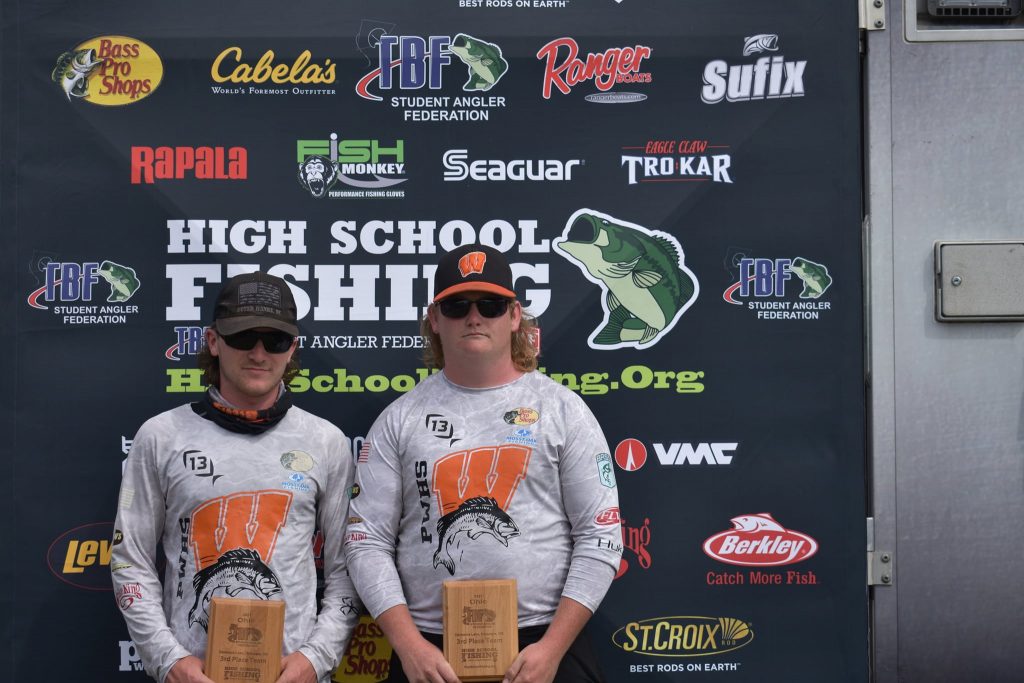 Completing the top five teams was the two Hartley Hawg’s teams of Nathan Fiatt and Brett Hill with 9-03 pounds and then Mike Abbott and Braden McNamara with 8-13 pounds.