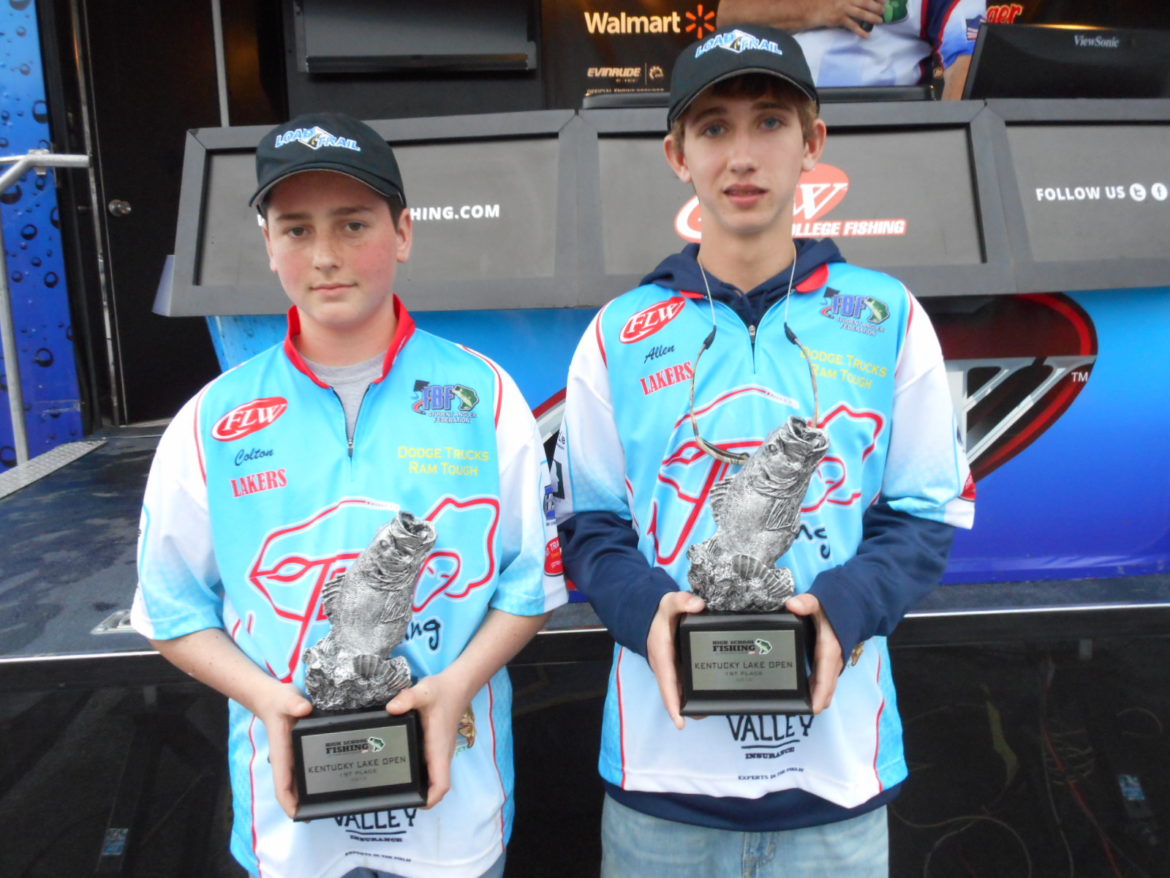 Kentucky Lake was full of anglers this past weekend with more than half a dozen high school, college and adult bass tournaments scattered down the lake from KY Dam all the way to Pickwick Dam.  A total of 117 high school teams from seven different states gathered for the TBF/FLW Murray State Open, once again, hosted by Murray State University on Saturday, March 12.

After a week-long rain and so much water flowing into the river, anglers were wondering how the fish would bite. The rain gave way Saturday to be replaced with cloudy skies and warm temperatures.  The anglers took advantage and several nice bags of fish were brought to the scales.

After the last bag was weighed, the Calloway County Lakers team of Allen Mullins and Colton Noel were crowned champions with a massive limit of bass weighing 27lbs. Right behind them, was the Henderson County Colonel Team of Addison Watson and Bobby Miller with a limit weighing 20lbs 3oz.  Rounding out the top three teams to advance was the Muhlenburg County Mustang team of Billy Hardison and Nathan Flener with a limit that tipped the scales at 16lbs 9oz. The top three advance to the Southeast Conference Regional, which will be held in Somerset, Ky., on September 17. 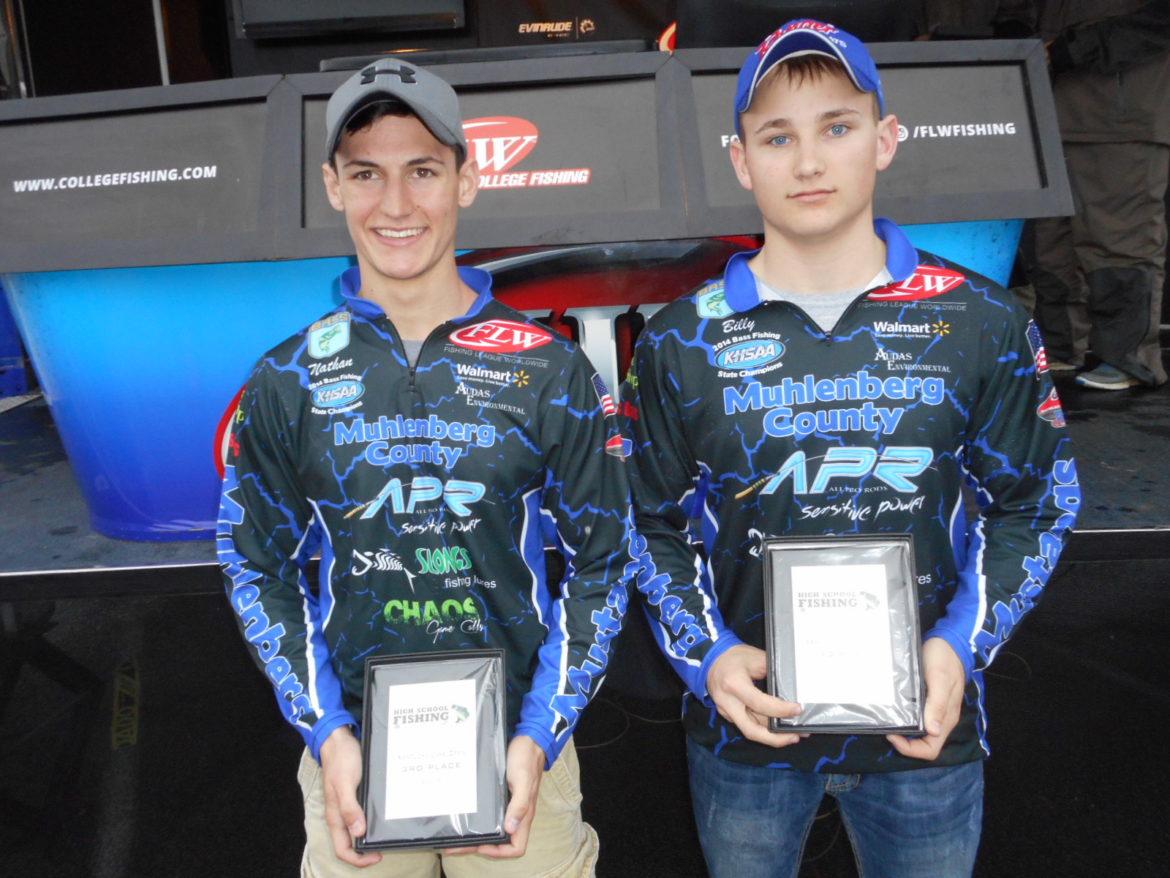 Among the top three teams winning patterns were rattletraps, crawfish colored crankbaits, jerkbaits, spinnerbaits, square bill crankbaits, swimbaits and the ever popular Alabama rig. The depth of the water for success varied almost as much as the variety of baits.  Some anglers caught them in the backs of pockets and creeks in 1-3ft waters, while others caught them just inside the creeks on the first points or pockets in 6-10ft water.  Still other anglers targeted fish on the main lake points in 15-20ft of water.

Trophies and plaques were given to the top five teams overall.  Fourth place was Douglas Guidorzi and William Curtright from the Rockwood Summit Falcons team with 16lbs 6oz.  Fifth place was another Calloway County Laker team of Clayton Bobo and Myles Mcmanus with 15lbs 11oz. 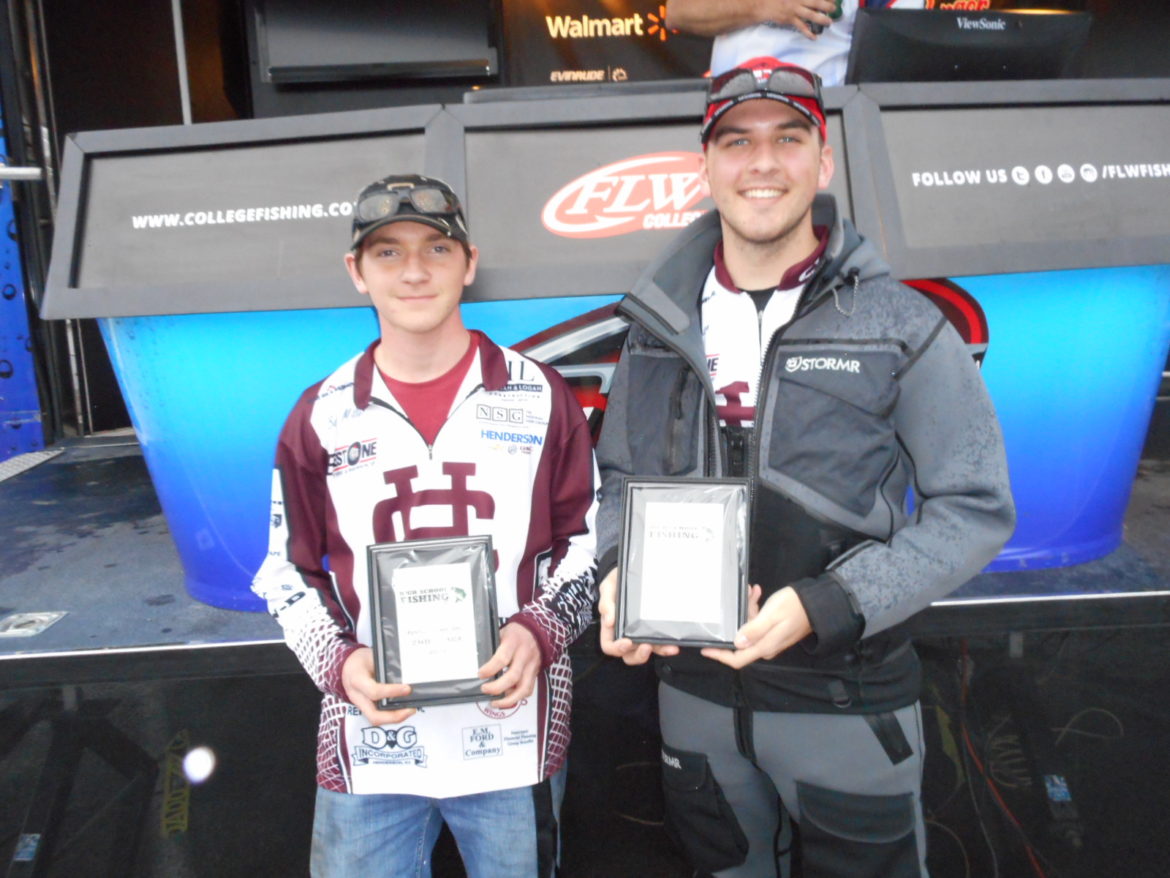 The Lew’s Big Bass Award was taken by the Calloway County Laker team of Colton Cox and Andrew Douglas with a hefty 6lb 9oz largemouth lunker.  They received a Lew’s reel for catching the biggest bass of the tournament.  Click here for the full Big Bass Report.

The Certified Angler award went to Austin Sherrod (12 lbs. 12 oz) from the 22:6 High School Bass Team.   He was the highest finishing person in the event who took the on-line test and turned in his certificate of completion.  He received a nice bag of goodies from our sponsors at FLW.