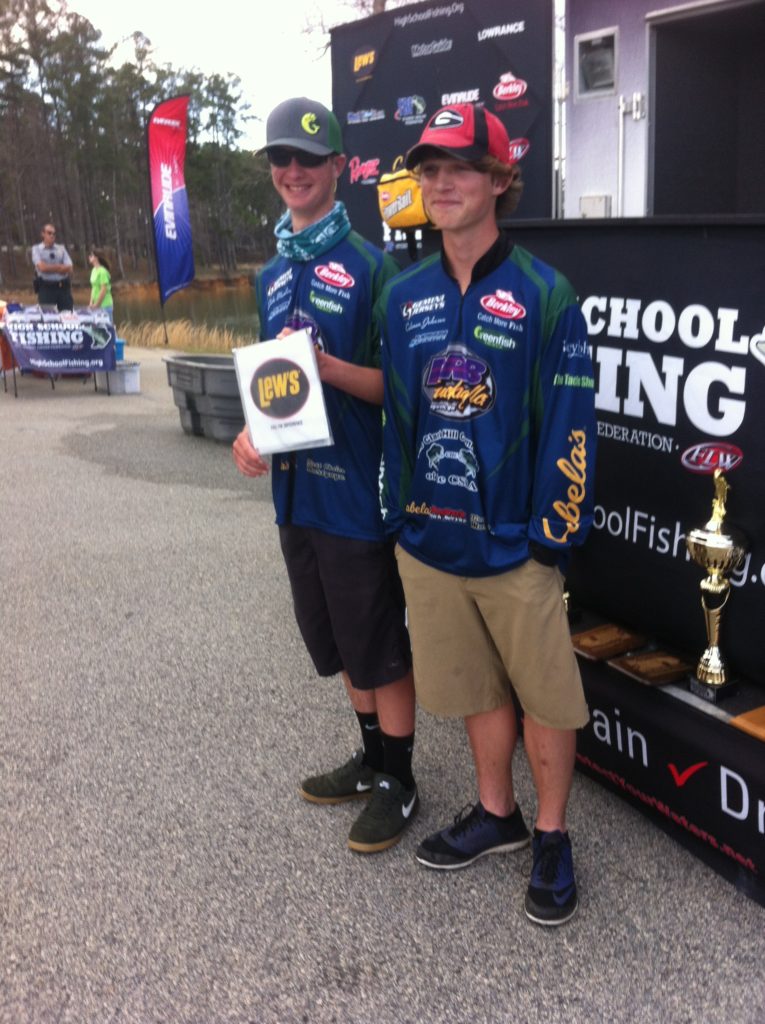 The pair of smiling anglers used a peanut butter and jelly colored jig, which they threw around rock points all day to catch their winning sack of fish. The strategy certainly payed off; they also netted a 7lb 7oz hog to claim the Lew’s Big Bass Award.

Coming in second, was the team of Dillion Champion and Dalton Roper from Pickens High School with a very respectable limit of bass weighing 17lbs 14oz to claim the runner-up spot. 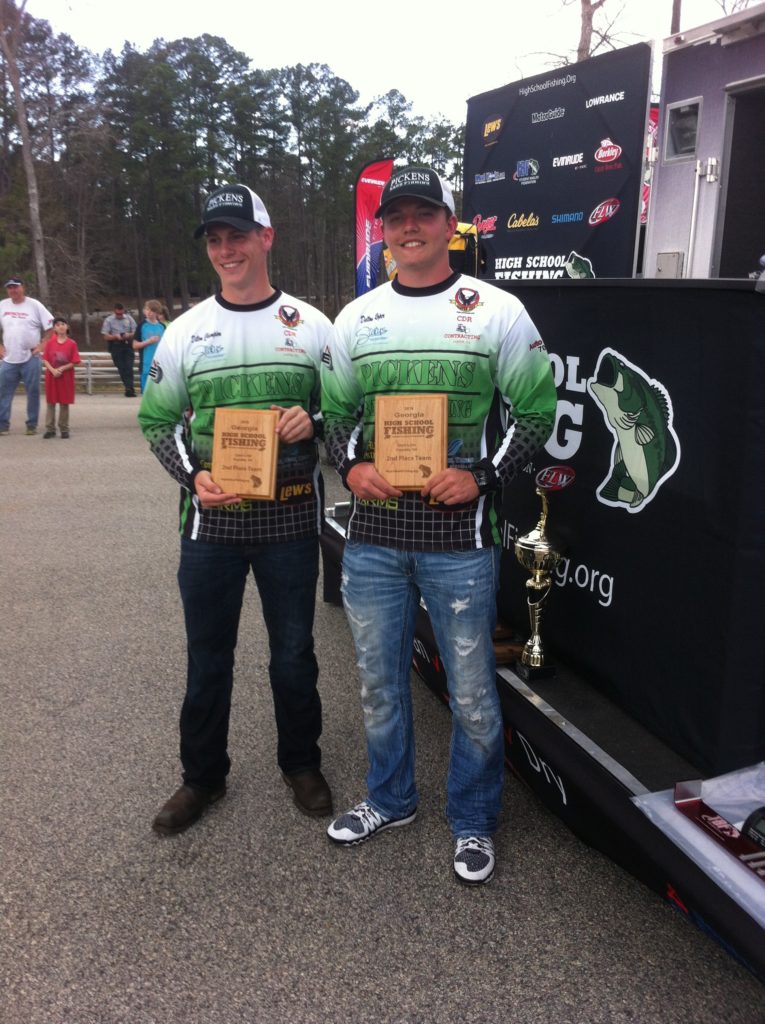 Coming in third, was the duo of Sean Walker Lee and Elijah Castleberry from Forsyth Central High School who also had a limit of Clarks Hill beauties that weighed in at 17lbs 10oz. They narrowly beat out Jacob Gordon and Andrew Hasbrouck also from Pickens High who had 17lbs 8oz for the fourth spot.

Rounding out the top seven and also advancing were Ellis Douglas and Parker Guy from Irwin County who nailed down the number five spot with 26lb even. In sixth, were Mathew Jones and Eli Huggins from West Forsyth High School with a limit weighing 15lbs 2oz.  Claiming the last qualifying spot was the team of Grant Ledford and Isaac Colwell from Gilmer High School who had 15lbs even.

Special thanks go out to the Augusta Sports Council and Cabela’s who proved to be terrific hosts for the anglers and their families. The Clarks Hill Bass fishing team also provided a terrific staff of volunteers who helped orchestrate the event. 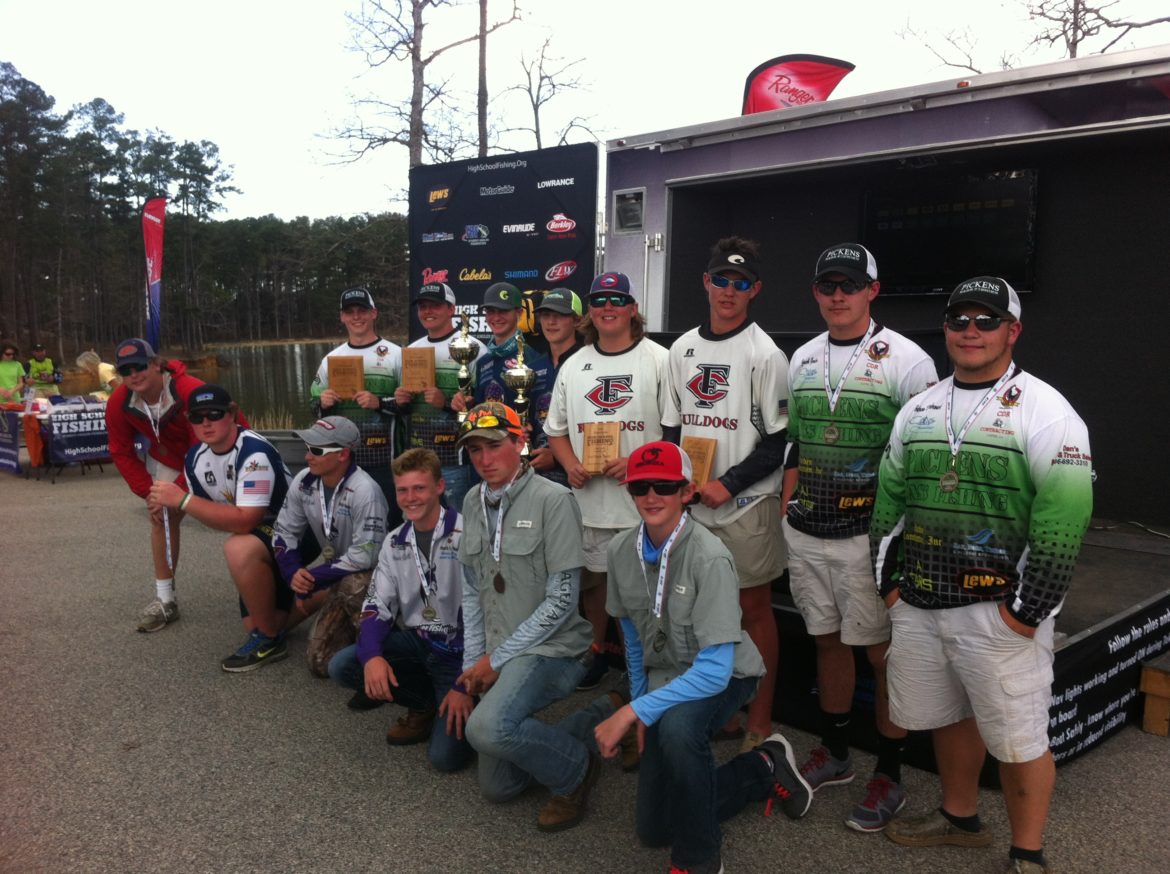