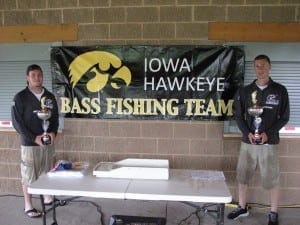 The local team of Max Mercer and Jobe Ashby of Burlington High School claimed their second straight Iowa state championship. The pair said they had a limit by 7:30 and continued to cull up throughout the day. Their 16lb 2oz sack was anchored by a 6lb 5oz fish caught using a wacky rigged senko. The Big Bass of the tournament, a 6lb 7oz fish, was caught by second place finishing team of Cody Batterson and Cody Wonderlich of Southeast Polk High School. Their total weight was 14lb 7oz. The team of Tyler Giese and Austin Boyd of Burlington High School tied with Alex Steffes and Elliot Siefert of Eastern Iowa High School. Each team had 10lb 6oz with the tie-breaker going in favor of the Eastern Iowa High School team. 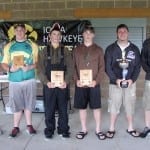 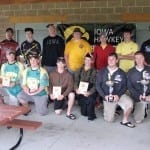 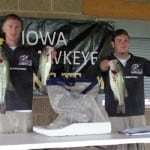 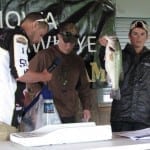 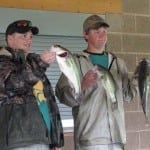 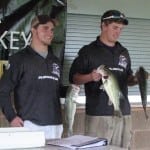 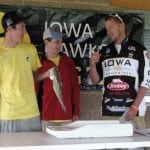 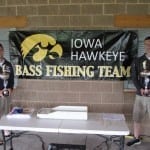