Hale and Potter Top the Field at Ohio State Championship

McNutt and Raper Take the Championship Titles on Neely Henry 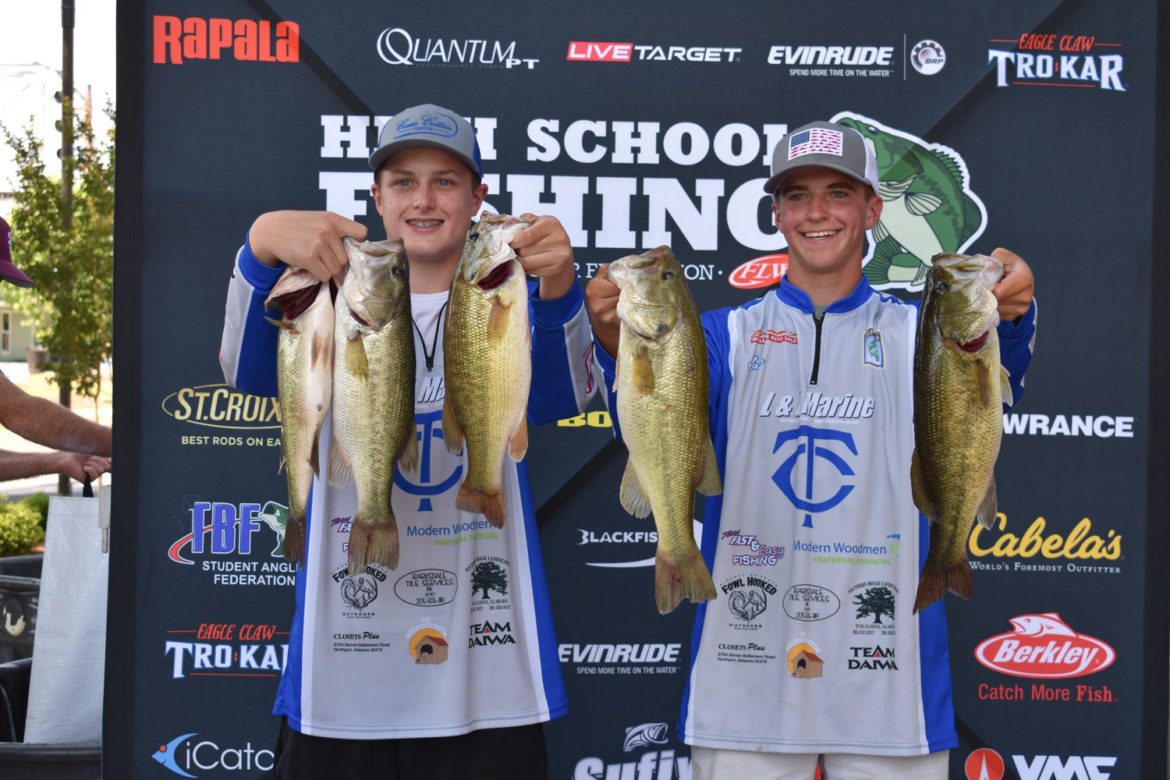 Tuscaloosa County High School anglers, Jace McNutt and Jon Hayden Raper topped the field with a five fish limit of bass weighing 16 pounds 6 ounces.  During pre-fishing, McNutt and Raper started their hunt down the river looking for swim, jig and topwater bites.  But, the bite was tough and when they landed it, the fish were small.

The team decided to move upriver fishing ledges and found some quality keepers.  “On tournament day, we again started down river throwing topwater hoping for a big bite,” McNutt and Raper said.  “We only had three small keepers by 8:30 so we moved back up river to our ledge fish.”

Just like in pre-practice that single decision made all the difference.  “Once we made the move we immediately got into fish on a finesse jig and culled up to about 13 pounds,” the pair continued.  “About an hour before weigh in we caught our 2 biggest fish and culled up to the 16.06 pounds we weighed in.” 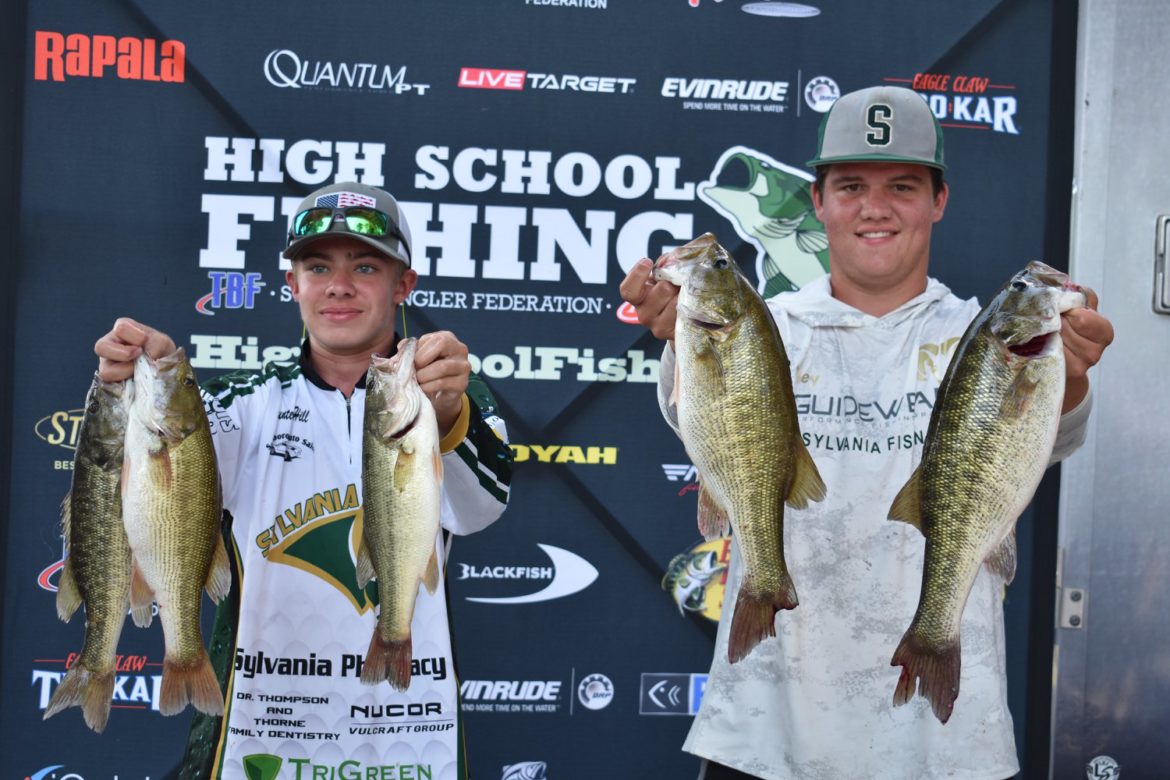 Landing second place and a ticket to the national contest, was the Sylvania Bass Fishing team of Hunter Hill and Riley Johnson.  Hill and Johnson had a limit of bass weighing 13 pounds 11 ounces.

The final national qualifying spot went to the third place team of Hunter Porter and Peyton Trimm from Hillcrest High School.  The pair had a limit of bass weighing 13 pounds 3 ounces.

The High School Fishing World Finals and National Championship are just around the corner as State Championships and Open events wrap up across the country.  On Lake Neely Henry, three more top-notch teams are added to that list and will face off against the best of the best on Pickwick Lake. 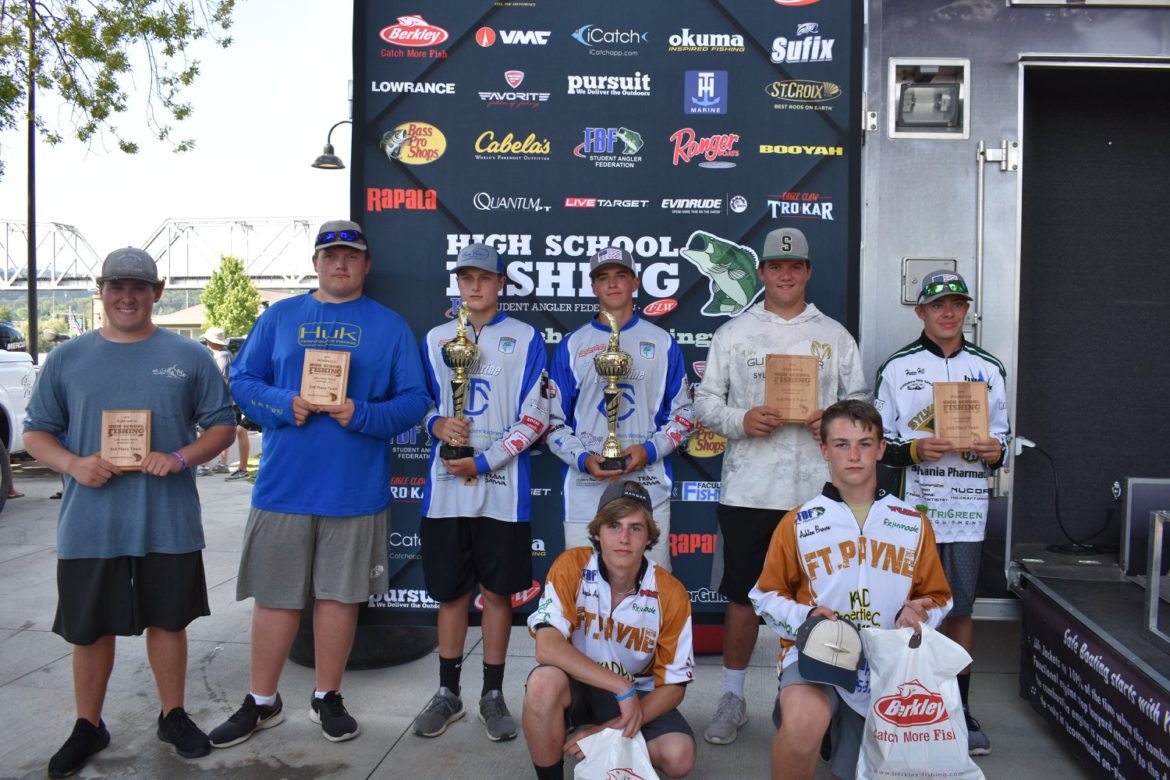