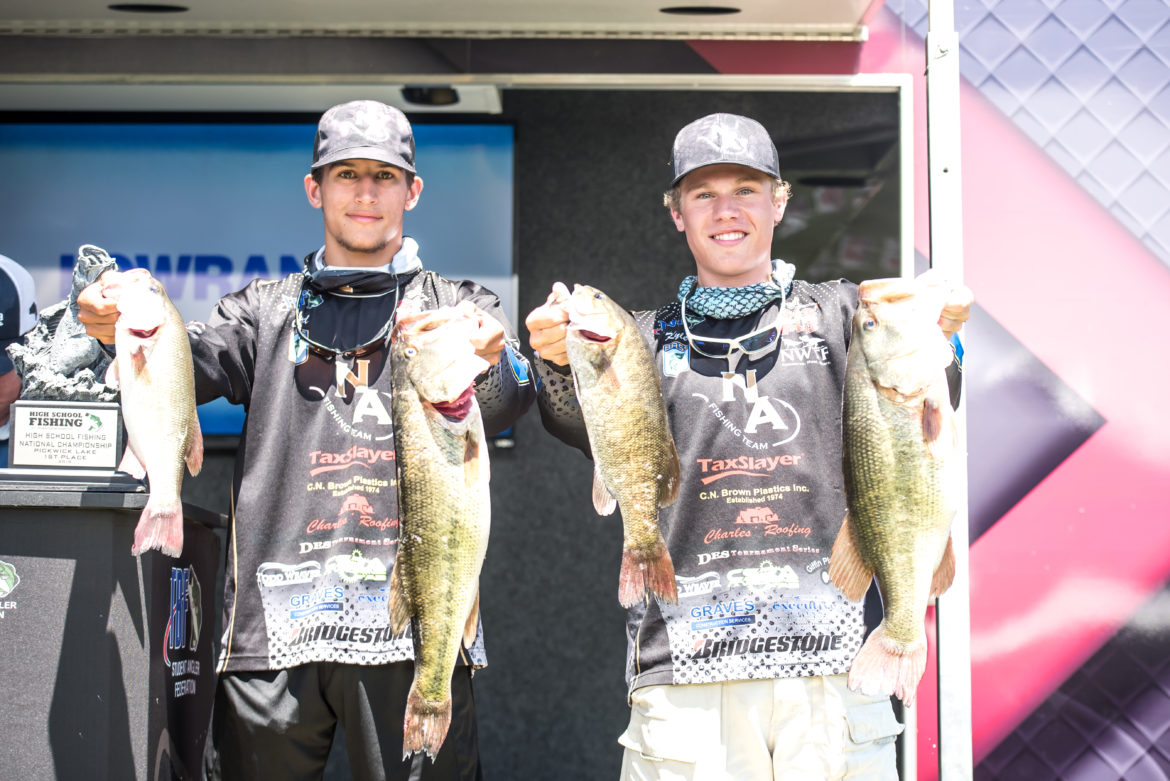 The 2018 National Championship being held in conjunction with the 2018 High School Fishing World Finals on Pickwick Lake in Florence, Ala., concluded today.  The winning team received a $10,000 scholarship for their efforts and will advance to the final day of the 2018 High School Fishing World Finals.  This week over $150,000 in scholarships and prizes will be awarded plus double the sponsor swag and giveaways.  Today, a record-breaking crowd was attendance to witness the crowning of the 2018 National Champions, Kyler Mckie and Chad Champy.

The victors held on to their lead by merely four ounces with a limit of bass weighing 19 pounds 12 ounces making their tournament total 57 pounds 10 ounces.
George Rogers Clark Cardinals, Hunter Redman and Avery Brown, finished second bringing a limit to the scales just one ounce away.  The team caught 19 pounds 11 ounces for a tournament total of 57 pounds 6 ounces.  Both teams will be amongst the top 10 National Championship qualifiers to advance to Saturday’s finale with one goal in mind – claiming the most prestigious titles in high school fishing, 2018 High School Fishing World Finals Champions. 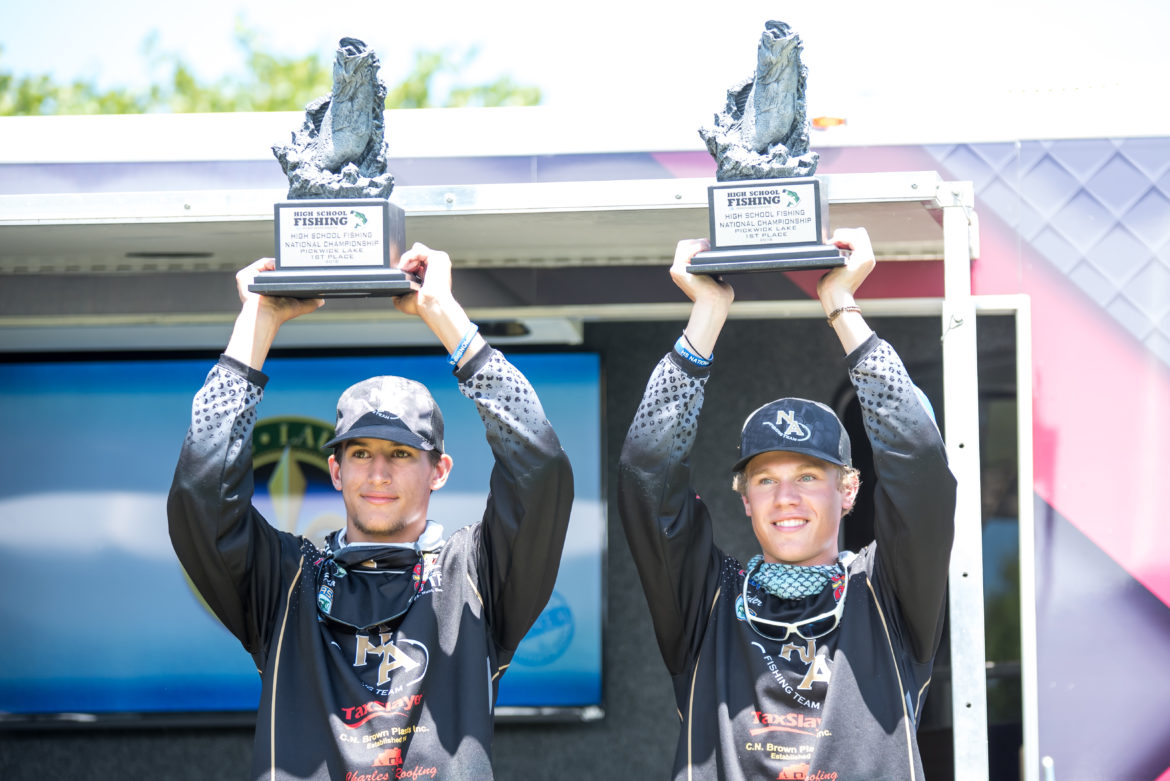 Mckie and Champy found one of Pickwick’s sweet spots and have been grinding it out from day one.  “We are just going to do the same thing tomorrow,” the team said.  “I don’t think we are going to have a real good day tomorrow but we are just going to go out there and try out hardest to get a good bag.”
Winning the titles by ounces wasn’t the only circumstance on their sides.  The two caught their last bass with about three minutes to spare and it measured 15 and an 8th inch, just barely over the line.  “It’s still unbelievable, we’re so thankful to be here,” the team commented on the news of their national title win.
“We had two fish out in about 15 minutes, two keepers, and they really came in big time for us,” Mckie said.  “I’ve been fishing this tournament for a couple years and been doing a bunch of nothing. It is great to finally get my name out there.” 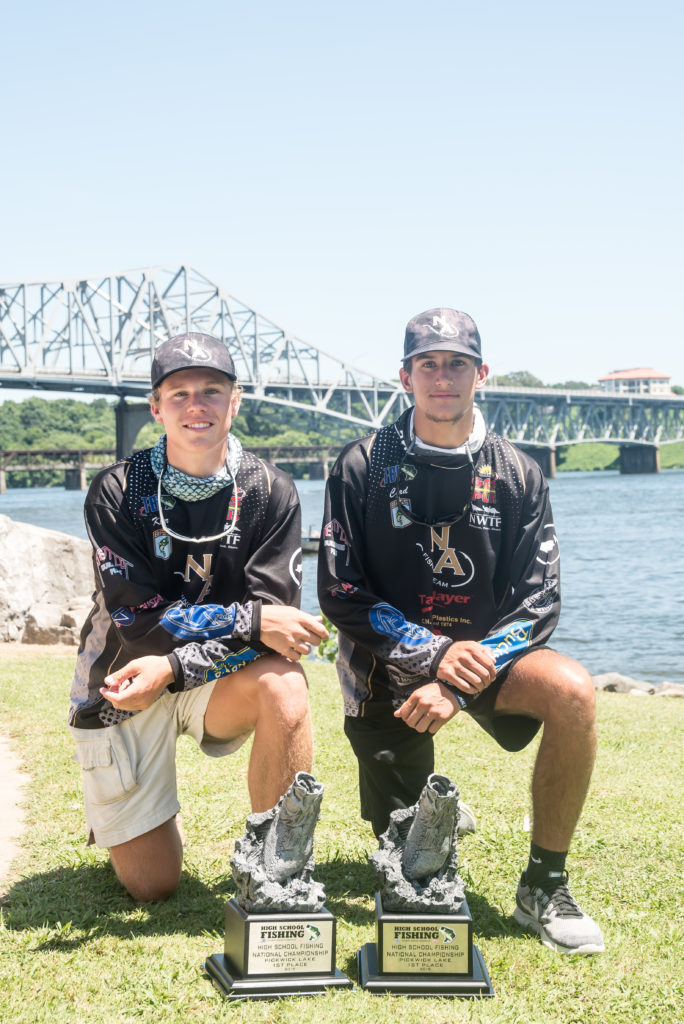 As the win settles in, Mckie and Champy must now set their sights on tomorrow’s prize for all the glory.  The weights will be zeroed and 30 accomplished anglers stand in the way.

Redmond and Brown have been on their heels by ounces and are thirsty for redemption.  Both the Semi-Final contestants and the Second Chance round anglers were hungry today, as well.  Forty-nine limits and four bags over 20 pounds were caught between those brackets. 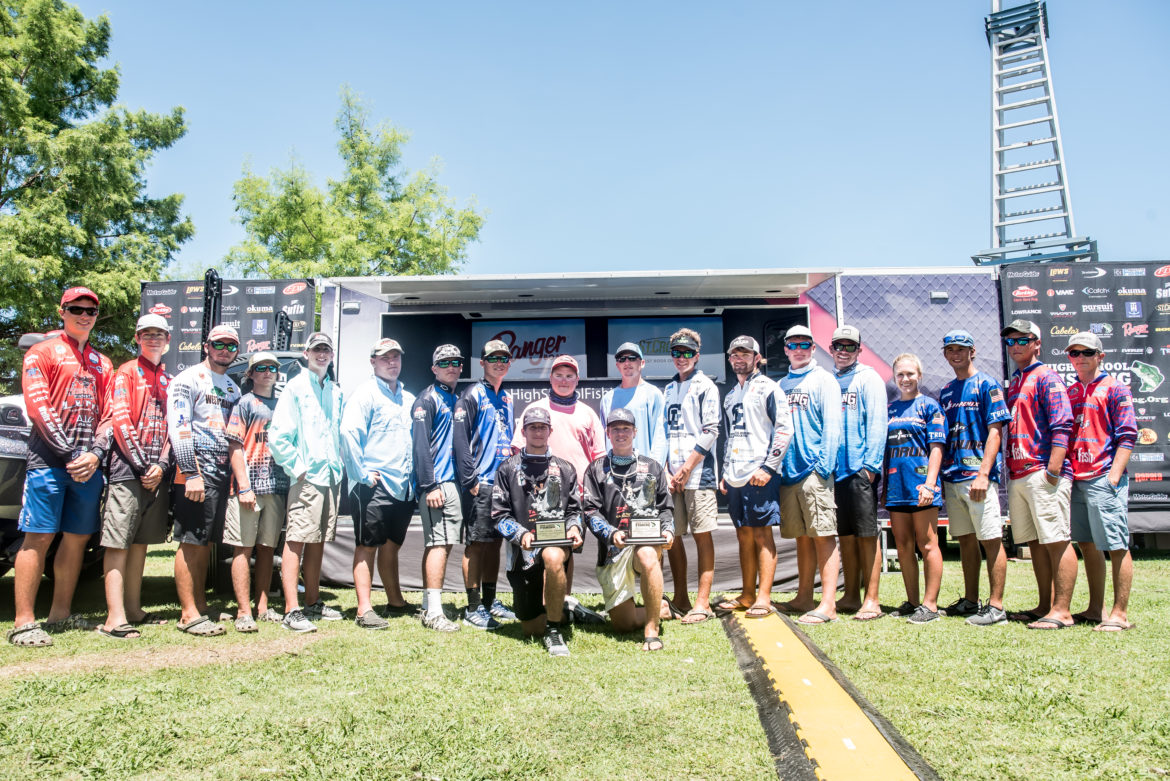 Tournament big bass honors went to the team of Nick Dotson and Graidon Hensley competing in the Second Chance round  and landing a 7 pounds 13 ounce lunker.  As well as, the Semi-Finalists, Camden Slone and Caleb Hurt with 6 pound 13 ounce bass.
To say that anything can happen tomorrow would be an extreme understatement. 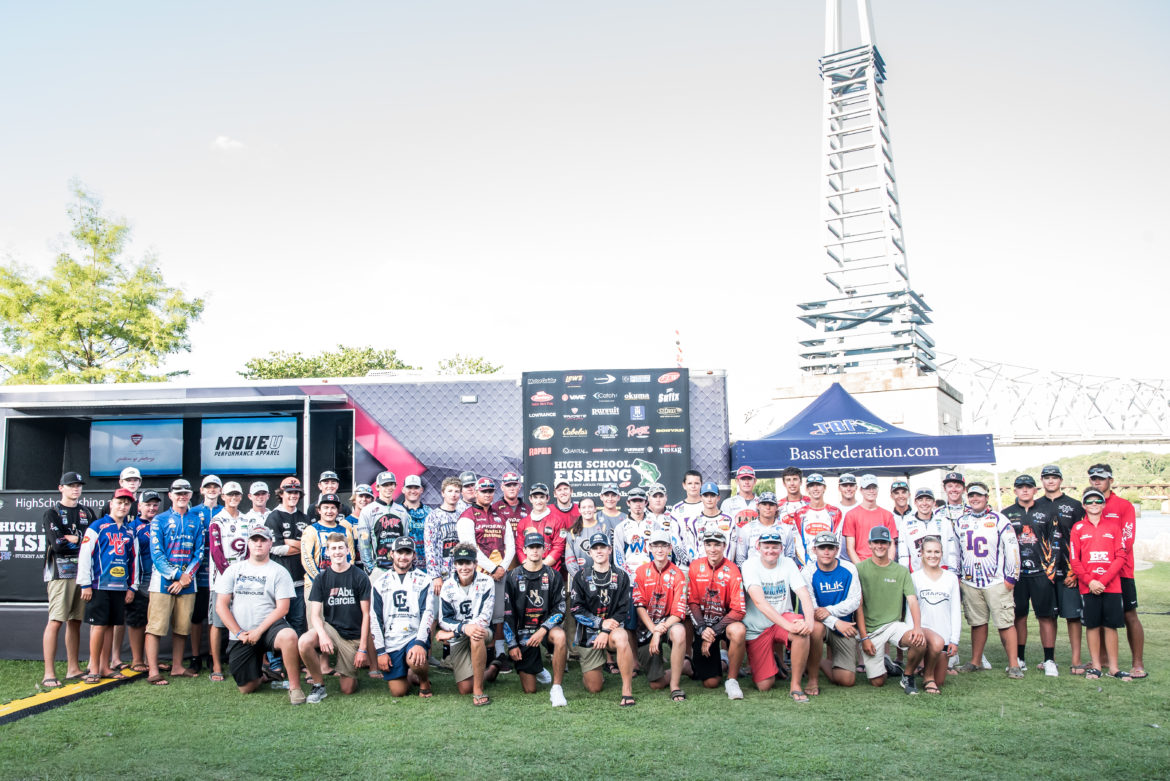 All 31 teams competing tomorrow will receive a trophy and their choice of prizes in order of their finishes.

Tune in tomorrow at www.highschoolfishing.org for live event coverage and the Student Angler Federation Facebook page for event photos and updates.  Takeoff is at 5:30am from McFarland Park and weighin begins at 1:30pm.  The event is free and open to the public. 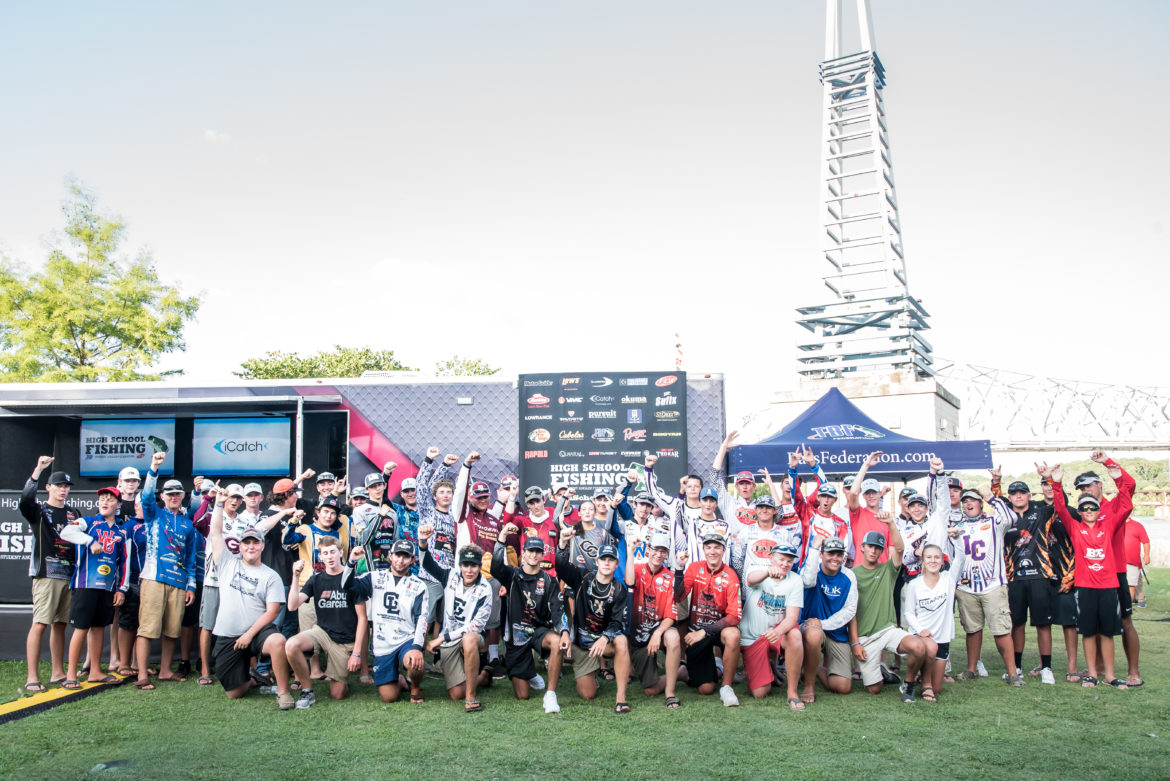