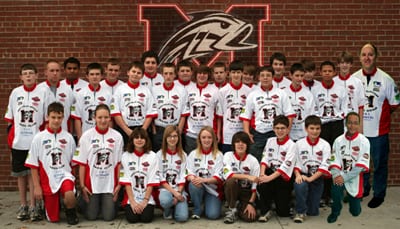 Heard the phrase, “Hook, line, and sinker?” Literally speaking fisherman want the fish to swallow the bait fully- hook, line, and sinker. This old adage refers to accepting another’s point of view.   It seems that Maryville Middle School in Maryville, TN has bought the idea of having a fishing club: hook, line, and sinker. In fact they are the only middle school in the state of Tennessee with a Bass Club. In the spring of 2009 Physical Education teacher David Clark contacted Mark Gintert (National Youth Director of the Bass Federation) to inquire about Target Fishing. He generously donated ten targets to the Maryville Middle Physical Education department in hopes that the school would draw student interest to form a club. With the support of Ott DeFoe, professional fisherman with FLW Outdoors and Dave Prossor, Maryville Middle School students experienced the art of Target Fishing. DeFoe gave a short presentation to each class, demonstrated fishing, assisted students and allowed them a personal look in his boat.   Dave Prossor of Academy Sports + Outdoors donated fishing equipment to the P.E. department. “I could not have organized this without the help of Mark Gintert, Ott DeFoe, Dave Prossor, and Greg Newman,” shares Clark. Through an article in the local newspaper, Newman discovered that the middle school wanted to have a Bass Club. His club, Little River Bassmasters, is now the school sponsor. “I’ve been fishing since nine years old and I think it’s very important to pass along the enjoyment of the outdoors to others. Fishing is something that anyone can do because it’s not limited to age or physical boundaries. It allows kids to get out of the house and into the outdoors and is something they can do with family or friends,” states Newman.

The club has 28 members and was recently awarded the largest new club membership in 2009, by The Bass Federation.   Gintert with TBF will present the award to the club in April. In addition, these organizations sponsor the club: Wal-Mart, C&C Outdoors in Louisville, TN, U.S.Boat Angler, Pure Fishing, UltimateBass.com, Gemini Sports Marketing, Wired2Fish.com, Little River Bassmasters, the club’s pro angler support team, and other parent volunteers. Through their help they were able to provide the club with fishing jerseys.

Meetings are held monthly and include guest speakers such as pro-anglers, a TWRA Resource officer who discussed boating safety and fish care, and a how sponsorships are acquired.

This year the club held two tournaments, one in the fall and spring. Twenty-four members attended the fall event at Fort Loudon Lake. With the help of professional fishermen and parents, it was a huge success. Clark’s goal for next year is to have three to four tournaments. They are looking forward to FLW Tour and the TBF Championship held in Knoxville, TN this April. The club will be involved in various activities at the events.

If anyone would like more information on how to form a school bass club or would like to assist them, please visit their website or email David Clark. 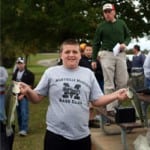 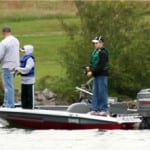 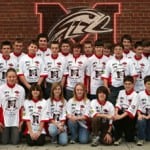