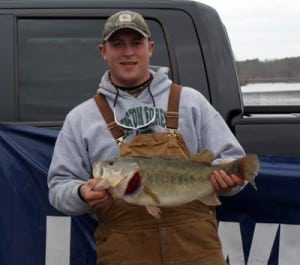 (3/28/10) What event could possibly get today’s teenagers out of bed at 0430 on a Sunday? An opportunity to compete in the first ever Student Angler Federation Bass Tournament in Virginia.   Sunday  March 28th 2010, 12 members of the Kenston Forest Kavalier Bass Assassins competed  with one another in an internal school qualifier dubbed the Sandy River Showdown in Farmville, Virginia.  This was the first step of the journey towards crowning the first Student Angler Federation School and individual champions.

The Student Angler Federation is a new program within the ranks of the Bass Federation which brings bass competition to the middle and high school level.  The TBF pillars of Youth, Conservation and Fishing sit on a foundation of Education. The SAF functions both as a fishing club with elected officers and a mission of developing students civically and as a sports team with levels of competition in Districts and the State.  Kenston Forest once again demonstrated its “lead by example” philosophy and started the first  Club/Team in the Buggs Island/Gaston District as well as Virginia. Since then Jefferson Forrest in Bedford has introduced another Club/Team and explosive growth is expected throughout Virginia as word of this opportunity is spread. 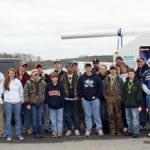 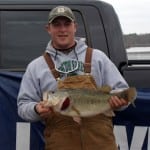