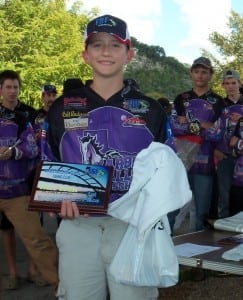 Marble Falls was represented by 24 team members and 18 from 8 additional Texas High Schools. High schools from Eastern and Northern Texas all the way up to Carthage, converged on Lake Austin heed the call to competition. Most competitors would weigh in their limit of fish, but Cold Anderson’s massive 5 lb 15 oz. fish would be the deal breaker for most competitors. Colt Anderson of The Marble Falls High School Fishing Club would weigh in a total weight of 9 lbs 3.5 oz.

Coming up not too far behind was Ben Stripling in 2nd and Shilo Nelson in 3rd, both also members of The Marble Falls team. They would weigh in at 8 lbs. 11 oz. and 6 lbs. 3.5 oz. respectively.

A fierce competition between these Texas High School teams would gear things up for the upcoming announcement of next year’s state championship, scheduled for release sometime around December 2012 on www.highschoolfishing.org.

While Marble Falls has been a well established team, with many excelled anglers, many high schools competitors increase in skill with every passing event. Indeed we stand to see an exciting playing field in next year’s state championship.

As with every high school tournament, it takes many GREAT VOLUNTEERS to put these kids on boats and run the tournament.

Scott and Mary Anderson were the parent coordinators and they were joined by Dale Read, Gene White, Jerry Potter and 2 volunteers from Austin Bass Fishing, Tommy and Stacy. The Faith Anglers Network (F.A.N.) also provided prize bags for the top 2 anglers. Scott and Mary also prepared lunch for all the anglers and captains and family members at the award ceremony.

“We have been blessed with tremendous donations of Fishing Tackle from Rick Schmidt and Byron Hilton. Mr. Hilton came out to the tournament on Lake Austin so many of the student anglers had a chance to meet him personally.” Scott and Lorna Ellis of Marble Falls stated. 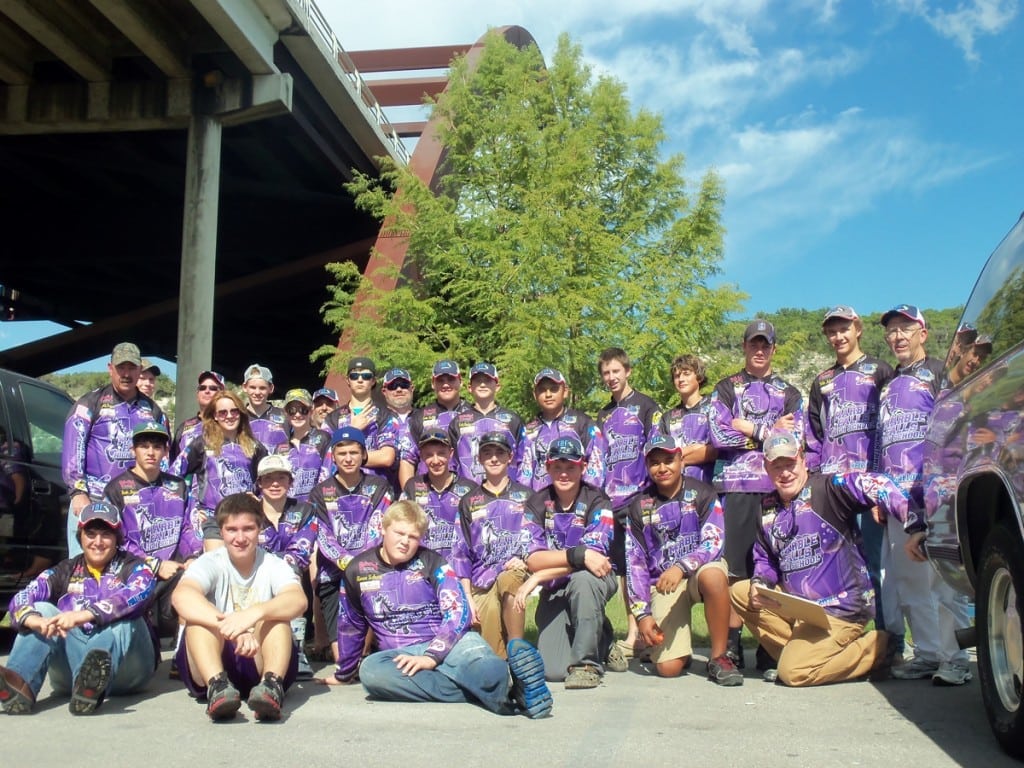