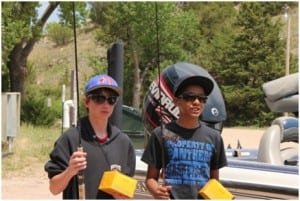 The Lincoln County Bass Bosses hosted their first tournament event of the year at Lake McConaughy, Nebraska on May 20th.  High-Skies and very little wind challenged the local high school SAF club with post-frontal conditions but a few nice smallmouth and largemouth bass were weighed in.

Six teams competed in the Lake McConaughy shootout.  All boats were launched at 8 am and returned at 1 pm.  Many new comers to the club attended, with one team of “underdogs” taking the lake by storm and placing 2nd.  But alas, the veterans of the club still held their ground, taking 1st and 3rd place.

Teams had the option to try their hands at the largemouth, nearing spawn, down at the west end of the lake or smallmouth near the clear waters of the dam.  While some tried for largemouth it seemed the smallmouth reigned supreme in the end with a majority of the fish weighed in being smallmouths.

The team of Dijon and Tel not only took 1st place but also had the biggest bass of the tournament with a 2.84 lb. smallmouth. 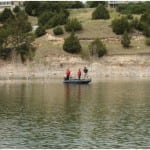 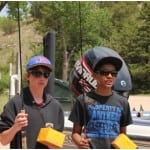 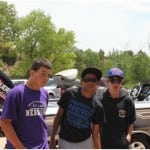 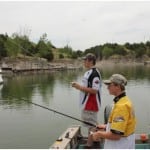