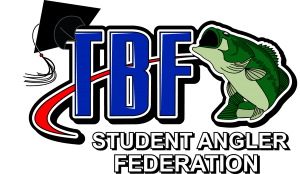 PONCA CITY, Okla. (June 4, 2012) – The Bass Federation (TBF), in partnership with FLW Outdoors, the Russell County Convention and Visitors Bureau, and the TBF of Kansas announced it will host the 2012 Student Angler Federation (SAF) Kansas High School Fishing State Championship. The event will return to Wilson Lake for the second year, and be held Saturday, June 30 launching out of Wilson Lake State Park, Hell Creek Ramp in Wilson Lake, Kan.

The championship is a two person team event for students in grades 9-12. Registration for anglers and their “coach,” who will provide the boat they compete in, is online at HighSchoolFishing.org. Check-in begins at 7pm CST on Friday, June 29, at the Wilson Reservoir, Wilson Lake State Park, Hell Creek Ramp with a mandatory rules briefing at 8pm CST. We highly encourage all teams to preregister online or by phone in advance to avoid late registration fees.

“TBF of Kansas and the Russell County Convention and Visitors Bureau are thrilled to be hosting the 2012 SAF Kansas High School Fishing State Championship,” TBF of Kansas President, Larry Freesemann, stated. “We’re eager to bring these young anglers and their families to an awesome fishery at Wilson Lake and what promises to be another great SAF event!”

Students and parents can go to HighSchoolFishing.org for details on the Student Angler Federation (SAF) and to sign up. Cost is only $25/ year and includes full TBF and FLW Outdoors benefits, including access to the all-new FLW Outdoors Magazine e-Edition and insurance coverage for students and their club. The winning two-person team from each state championship will advance to an FLW Outdoors/TBF High School Fishing Conference Championship held in conjunction with a National Guard FLW College Fishing Conference Championship. Those winners will advance to the FLW Outdoors/TBF High School Fishing National Championship held in conjunction with the National Guard FLW College Fishing National Championship in the spring of 2013. All SAF members and state championship participants qualify for the largest event in high school fishing, the 2012 High School Fishing World Finals to compete for thousands of dollars in college scholarships and prizes. Each team that qualifies for a conference and/or national championship will receive a travel allowance to help offset expenses. The National Champions will also each receive a $5,000 scholarship to use at the university of their choice.

If you’re not an SAF member, there’s a $25/per angler fee, which includes full TBF/FLW Outdoors membership benefits for the year, as well as, free entry to ALL SAF sanctioned events!

Another unique feature of an SAF sanctioned event is the “angler testing” component. Anglers can take a free online test at HighSchoolFishing.org about boater safety, conservation and angler ethics, which makes them eligible for contingency awards at their state championship. “It’s an industry first by TBF and a tremendous way to emphasize the importance of education to these student anglers,” TBF National Youth Director, Mark Gintert, commented. “The Federation is driven by our desire to promote education through fishing and the testing component is designed to do exactly that. We also offer all TBF/SAF members 11 free online training courses in our member’s only online store with Faculty of Fishing’s angler advantage program. Put this package together with all the programs our affiliated state federations like the TBF of Kansas have to offer, and our partnership with FLW Outdoors, and the sky is the limit,” Gintert continued.  “These young anglers and their families have opportunities unlike anything the industry has ever seen.”

State Championship sign-up: PRE-REGISTER ONLINE at HighSchoolFishing.org.  Boat numbers are determined by date registered.  A $25 late registration fee applies to those registering at check-in. The best way is to pre-register online at highschoolfishing.org.

Takeoff & Weigh-in: Saturday, June 30, Wilson State Park, Hell Creek Ramp; Takeoff is at 6am or first light and weigh-in times will be announced at the Mandatory rules briefing. Questions? 580-765-9031

FLW Outdoors is the largest fishing tournament organization in the world offering anglers worldwide the opportunity to compete for millions over the course of 191 tournaments in 2011. FLW Outdoors has taken fishing mainstream with the world’s richest fantasy sports game, FLW Fantasy Fishing presented by Straight Talk, where competitors can play for free, as well as, sign up for Player’s Advantage to gain an edge. For more information about FLW Outdoors and FLW Fantasy Fishing, visit FLWOutdoors.com or FantasyFishing.com.

The Bass Federation Inc., (TBF) is owned by those we serve and dedicated to the sport of fishing. TBF is the largest and oldest, organized grassroots fishing organization. TBF affiliated state federations and their member clubs conduct more than 20,000 fishing, youth and conservation events at the local level each year and have provided a foundation for the entire bass fishing industry for more than 40 years. Visit bassfederation.com.