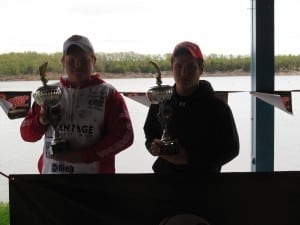 Chris Lampe and Daniel Goetz representing Hillsboro R-3 High School captured the 3rd annual Student Angler Federation (SAF) Missouri State High School Championship on May 5, 2013 on Truman Lake in west central Missouri.  This was done with weighing in 2 fish for a total weight of 7.04 pounds.  As Chris and Dan both stated ”it was tough”.  Chris also captured the 1st Big Bass award.  In fact all the teams stated that fishing was very tough.  Bites were few and far between.

Taking 2nd place with 4.66 pounds was Thomas Hill and Drew Zehrt from Farmington High School.  Behind Thomas and Drew were Jonathan Slavens and Michael Wilson from Lebanon High School to capture 3rd place with a total weight of 3.28 pounds.

Receiving the Certified Student Anglers contingency Award was the team of Jonathan Slavens and Michael Wilson.  This was the highest finishing team that had taken the free on line test regarding boater safety, conservation, and angler ethics and provided their certificate of accomplishment at Registration.

After having over three inches of snow on Thursday into Friday and rain on Saturday, the weather was not in anyone’s favor.  Overcast skies and temps in the low 40’s on Sunday morning for takeoff.

All anglers said they had a good time and would want to come back to fish this event again. 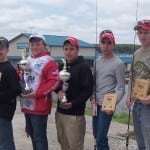 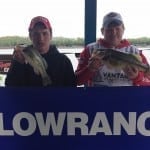 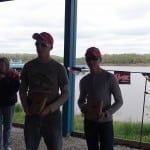 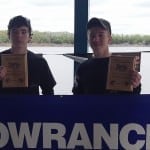 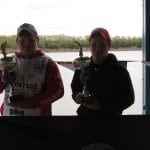