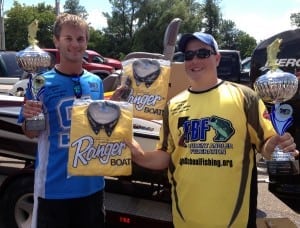 PONCA CITY, Okla. (Jul 5, 2012) – Jamison Gott and Colin Gaudette dominated the competition today with a whopping 17.66 lb sack, beating out second place winners Lane Clark and Grant Clark of the Highwood Highlanders by more than 4 pounds! Right on the Clark’s heels were Riley Abair and Adam Lamson for the 3rd place win. 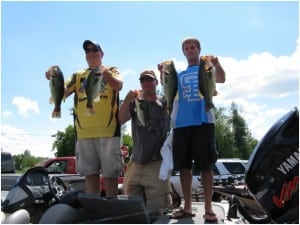 “Our original plan was to fish the top water for smallmouth with a squarebill crankbait,” Gaudette added. “Then we found a secret honeyhole up north and kicked things off with a 5 pounder which got us really psyched!” From there the team had a plentiful day, with a constant stream of culling up to a nice 17 pound bag.

Gaudette and Gott will proceed to the Conference championships at Phillpott Lake, Virginia. Hosted by the FLW the team will be provided a travel stipend where they will represent the state of Vermont in a regional championship against other states in that region. If they are victorious at this event, they will proceed on to the 2013 National High School Finals to compete for a $5000 scholarship to any school of their choice!