The Bass Pro Shops/ Cabela’s Early Bird Open was held at Lake Hartwell in Anderson, South Carolina and teams from eight different states showed up to compete.  A strong field of seventy-eight teams  from 8 states came to try and qualify for the High School National Championship at Pickwick on June 18-22, 2019.  The water was still up from recent rains but with the temperatures in the upper sixties, that made for some good shallow water fishing. 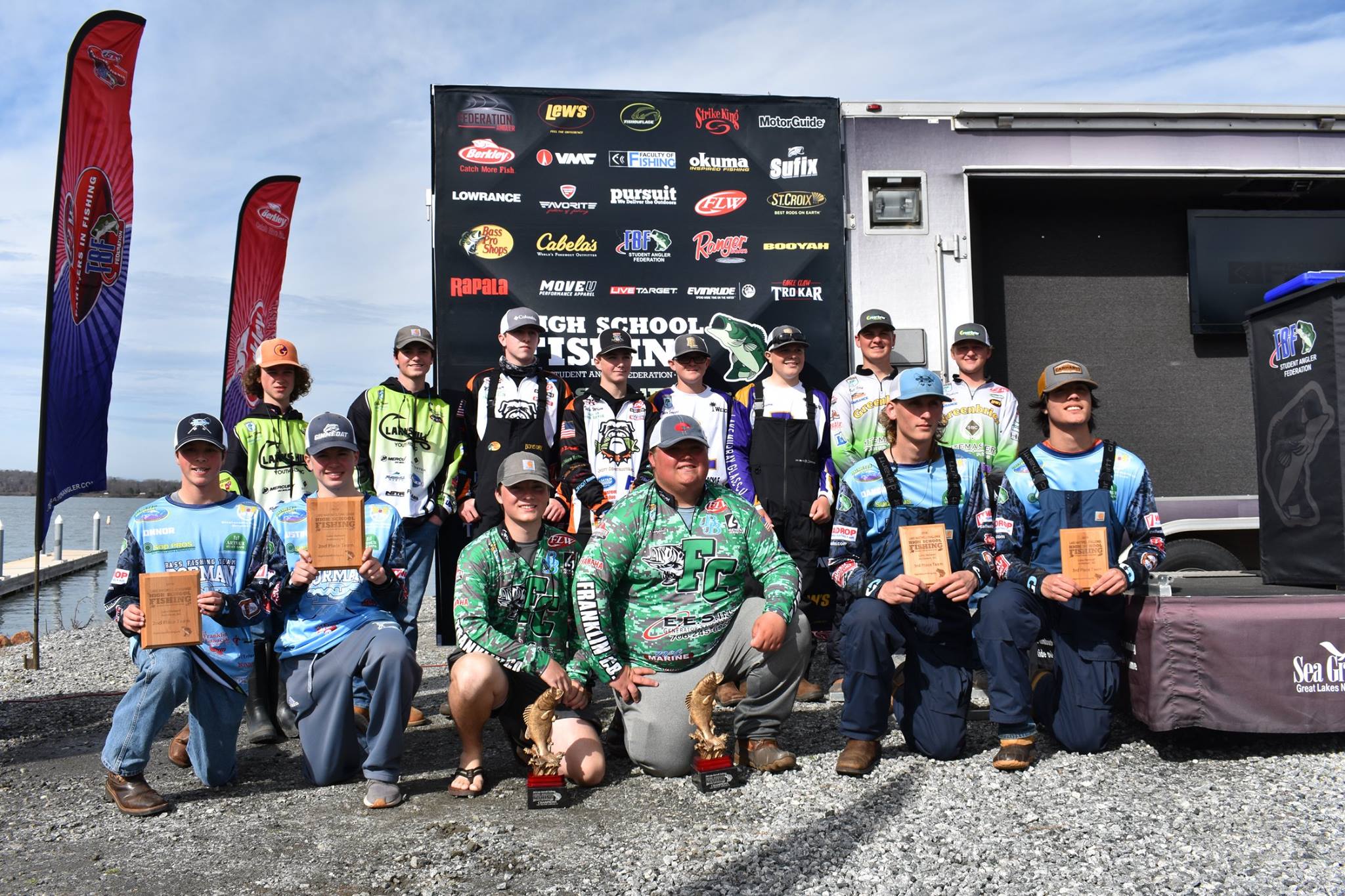 Interestingly enough, out of our top seven teams, not one single team has ever been to the World Finals or the National Championship event.  They are in for a great time at Florence, AL and will meet numerous kids from all over the country and will make friends that will last a lifetime. 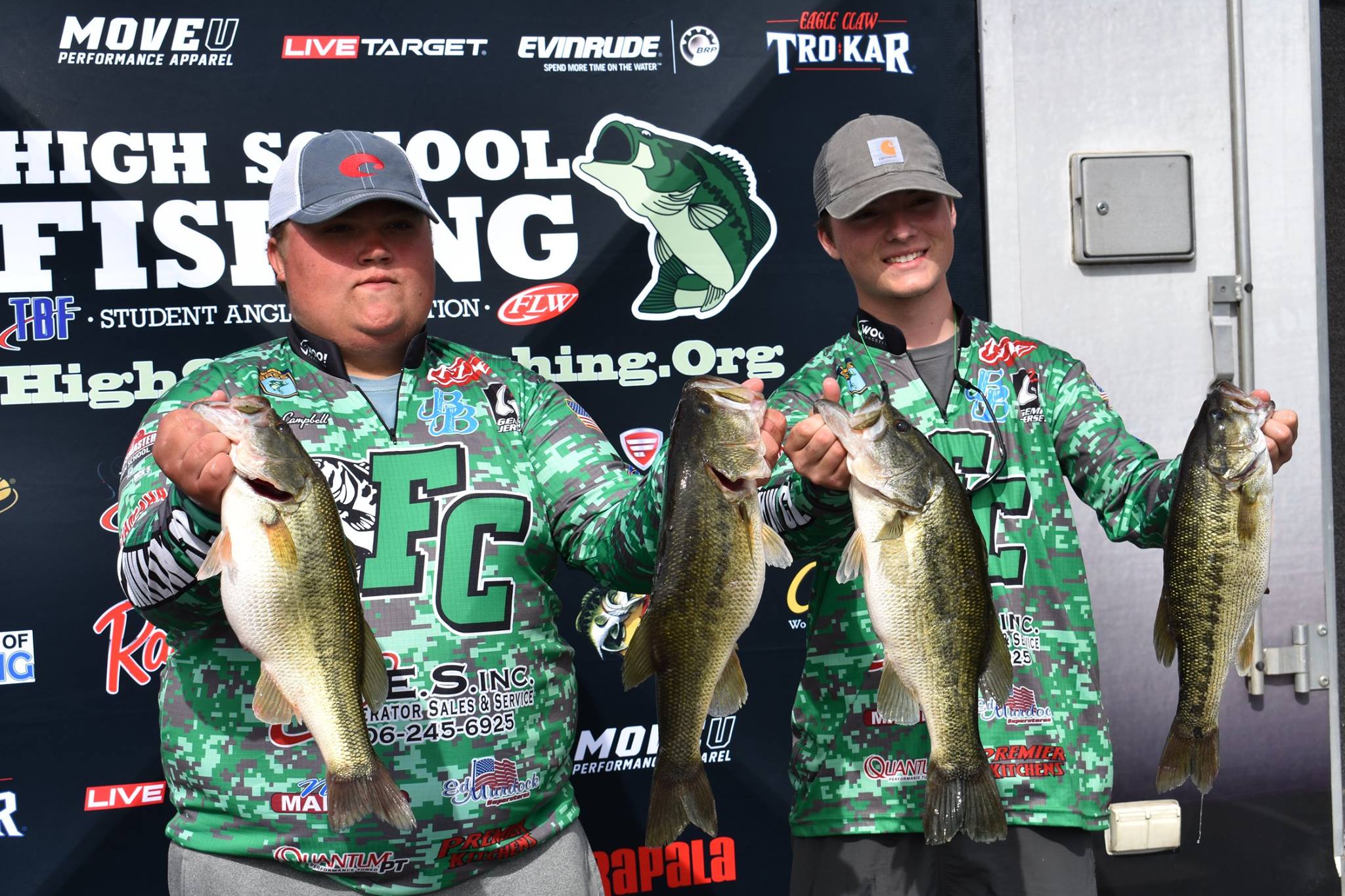 Taking top honors was the Franklin County High School team of Tyler Campbell and Joe Mitchell.  They limited out with five bass that weighed 17-13 pounds.  Dorman High School teams took second and third place finishes from the teams of Austin Tucker and Connor Hatchett with 16-06 pounds and Dakoda Morton and Nick Saliba with 14-00 pounds.

Rounding out the rest of the seven qualifying teams were Trenton Swygert and Ashton Caughman from Batesburg Leesville in fourth place with 13-13 pounds.  Fifth place went to Caleb Hudson and Matthew Frey of Greenbrier High School with 12-15 pounds.  Sixth place belonged to Max Heaton and Tallis Morrison from the Georgia High School Fishing Team with 12-04 pounds. Then seventh place was Collin Williams and Fisher Faulkner from Clarks Hill Youth Fishing Team with 12-00 pounds.

As always, many different patterns and baits were used to get the bass to bite.  Most anglers said they fished in about 3-8 feet of water to catch their fish.  Many of the anglers were fishing around rocky points and chunk rock banks, while others were fishing around trees and bushes, since the water was a little high.  Baits like a Shaky Head, spinnerbait, square bill crankbait, rattletrap and Flukes were all popular baits.  Still yet, a few teams focused their effort in deeper water between 12-20 feet of water and used a Drop-Shot, Jigs and 6XD crankbaits to catch their fish.