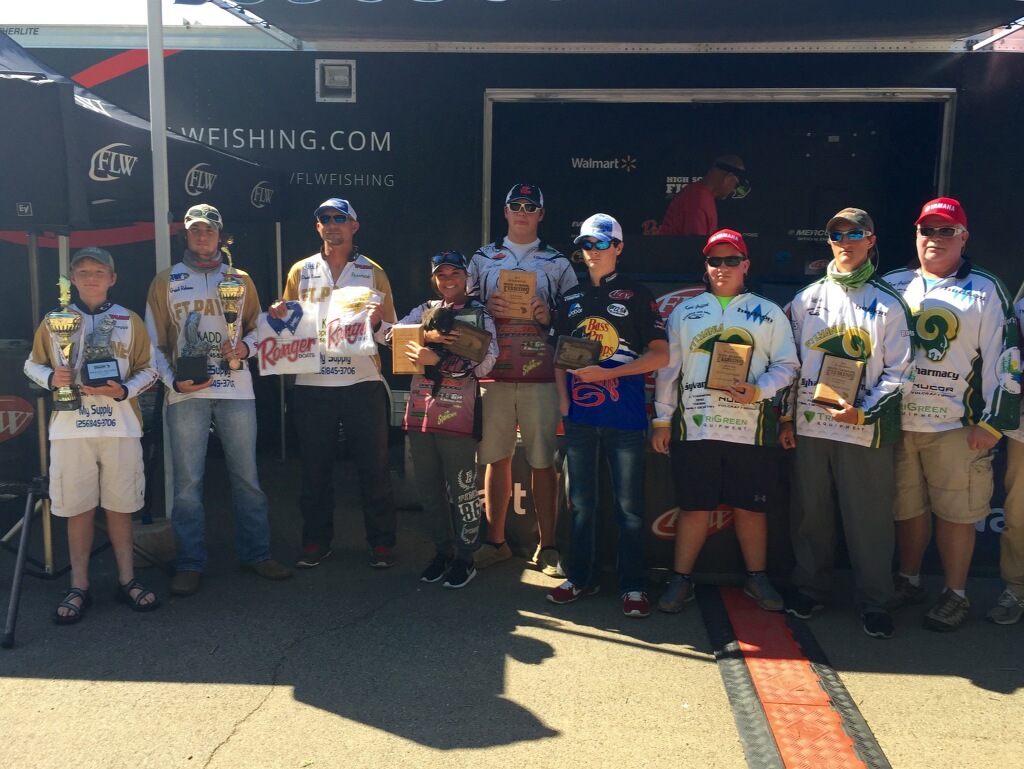 Brody and Grant Robison from the Ft. Payne High School Fishing Team put together a limit of Wheeler Lake bass weighing 13lbs 15oz to capture the 2016 Alabama State Championship and the overall Wheeler Lake Open.  Their bag was anchored by a 4lb 1oz Wheeler Lake beauty.

Coming in second, was the Gardendale High School team of Laure Ann Foshee and Reid Conner who also had a nice limit that weighed 13lbs to take the runner-up honors. Taking the number three spot was the tandem of Kade Griffith and Will Batey of the Sylvania High School Bass Team with a limit that tipped in at 10lbs 10oz. Their bag held a 4lb 8oz toad that tied for the day’s biggest bass.  Noah Bently and Dustin Teat from Brockwood High School had the other 4lb 8oz bass.

Coming in fourth was the team of Parker Davis and Aaron Stephens for Mortimore Jordan High School. They had a limit that weighed 9lbs 9oz to outdistance the number five team of Tyler Wagnon and Delano Green from East Limestone High School with a limit weighing 9lbs 1oz to round out the top five teams.

Special thanks to Ron and Joan Lappin from FLW, also Jim Sparrow and Stan Blevins from the Alabama Bass Federation who helped host the event at Joe Wheeler State Park near Florence, Ala.