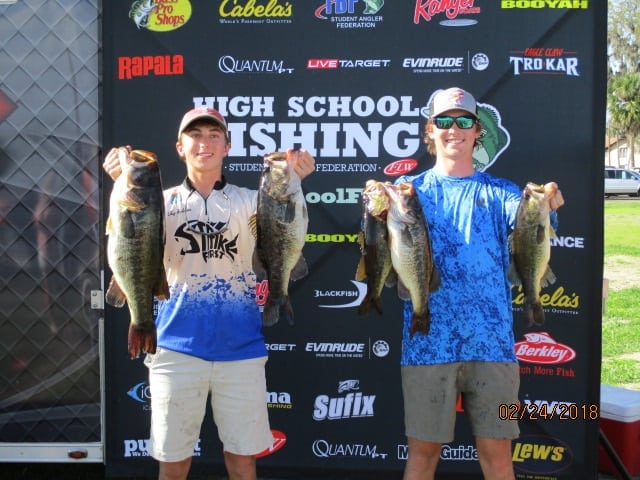 For one Florida High School Team, all items were “checked off their list” of things to do for this weekend.  For the Fleming Island High School Golden Eagles team of Chaz Raulerson and Reed Lynch, their “list” looked like all the other Florida teams, which was probably something like this:

At the conclusion of the weigh in on Saturday, Raulerson & Lynch had managed to “check off” all 5 items on their “list”.  They brought 24-04 pounds to the scales to take home the Championship Trophies and titl 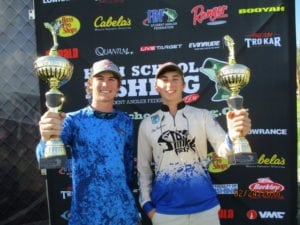 e of TBF/SAF Florida High School State Champions for 2018.  To anchor their winning sack, was a big bucketmouth which tipped the scales at 9-09 pounds to take Big Bass honors for the event.  In doing so they also qualified to represent Florida as one of the three teams in the National Championship at Pickwick this summer, as well as being a part of the High School Fishing World Finals.  All in all, a pretty good weekend for the Golden Eagle team.  Check List complete!

Rounding out the top three National Championship qualifying teams were the Seminole JR Angler teams of Joey Bloom and Dylan Westhelle with another big bag that weighed 22-07 pounds.  Their biggest bass weighed in at 6-15 pounds. 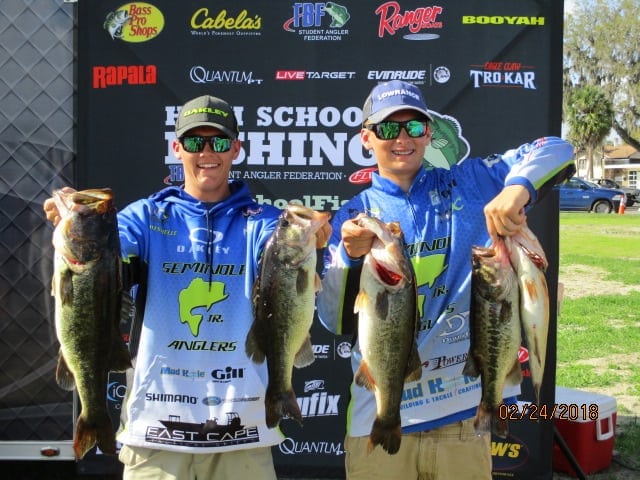 Most angler reported catching their fish shallow in the canals or shallow grass lines in 2-5 feet of water.  The most popular lures were mostly plastics including a Senko, Trick Worm and a Fluke.  The top few teams reportedly got to cull several times throughout the day and most were culling by around lunch time. 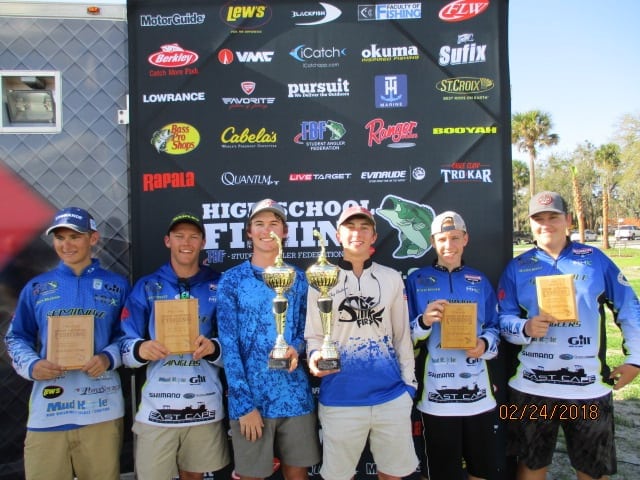 FULL results are on the results page.