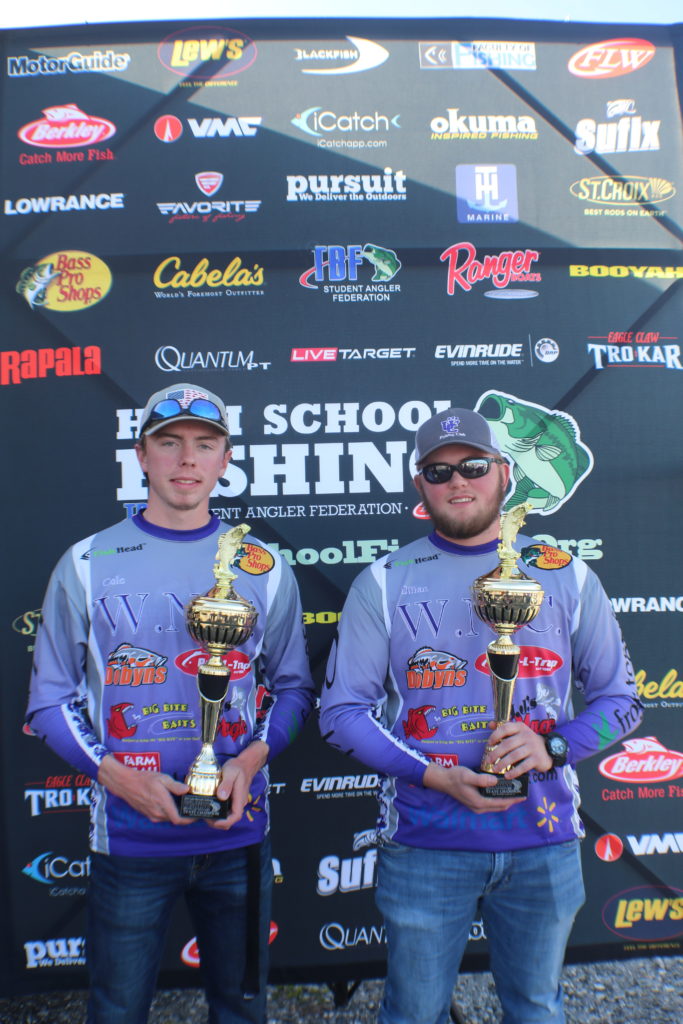 The Union County Panther duo of Cole Davis and Dillan Snow put together an impressive limit to win the 2018 SAF Early Bird Challenge on Lake Hartwell.  Despite muddy water conditions and changing weather patterns, they managed to bring 18.14 pounds to the scale late Sunday afternoon.  Both anglers were excited for the opportunity to advance and compete at Nationals on Pickwick this June. 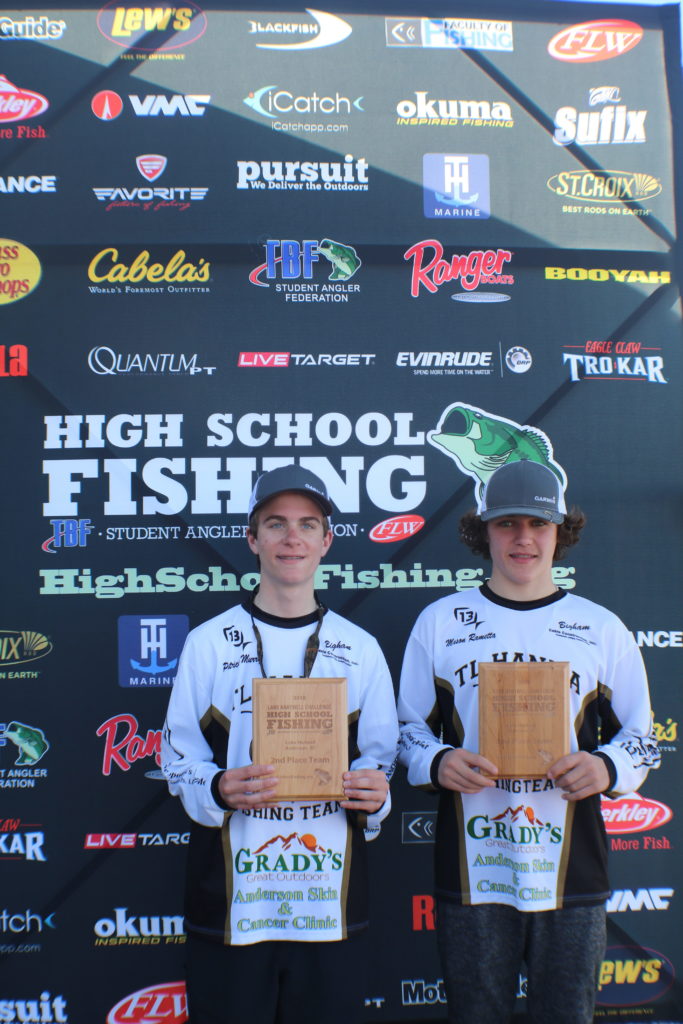 In second place, Patrick Murry and Mason Rametta from TI Hanna High School brought 14.13 pounds to the scales.  Ounces behind them in third place was the Georgia High School Fishing team of Michael Landemaeu and Brett Morlane with 14.10 pounds. 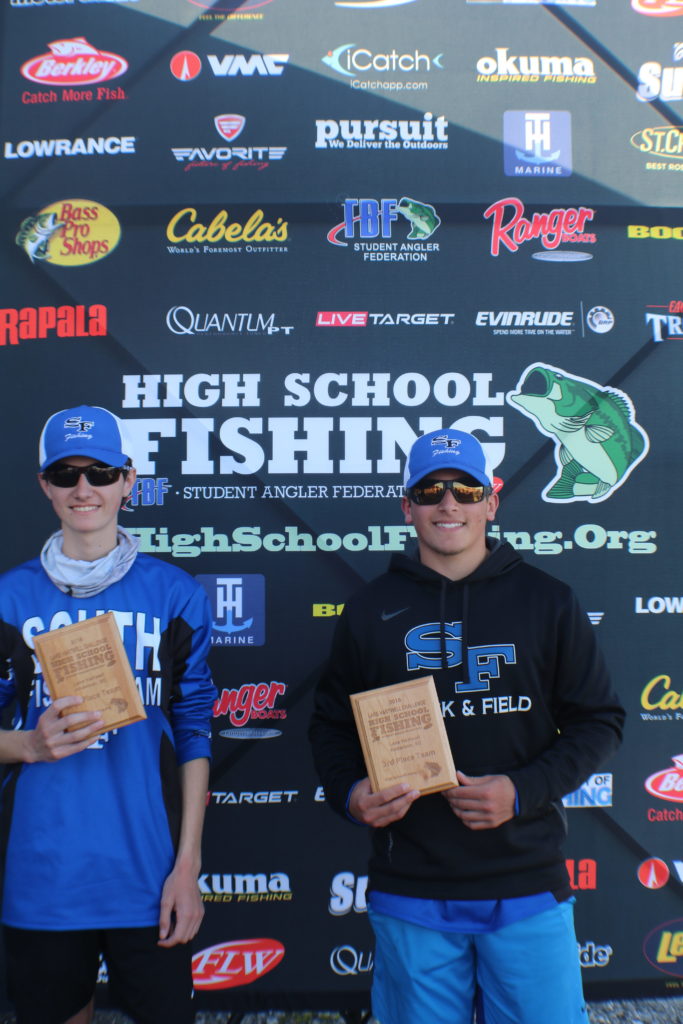 Tournament big bass went to the Illinois team of Tyler Lubbat and Tyler Christy with a hefty 5.7 pound lunker.

As anglers crossed the stage they talked about what was working out on the water and what wasn’t.  Several anglers mentioned using a shakey head,  others used crankbaits, jigs, swim baits and also spinnerbaits.  No matter the bait the bite was pretty solid with 23 of the 59 teams bringing limits to the scales. 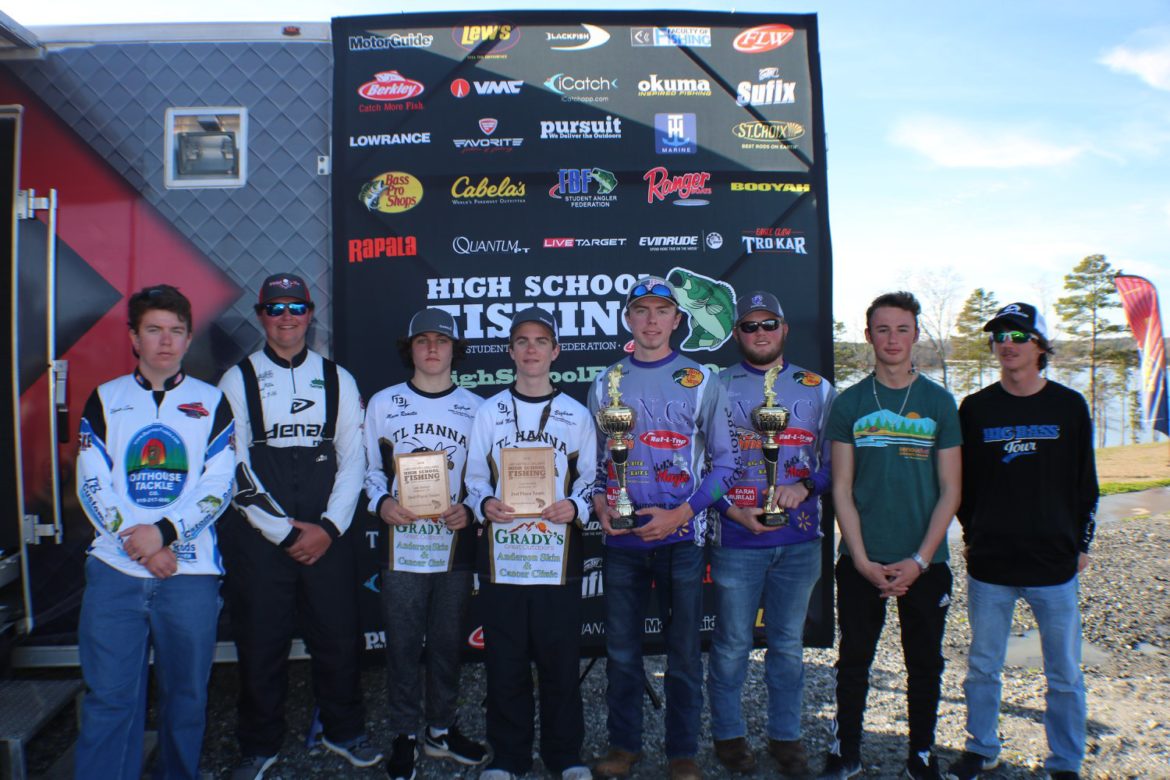