FAN 2018 Chase for the Champions Winners! 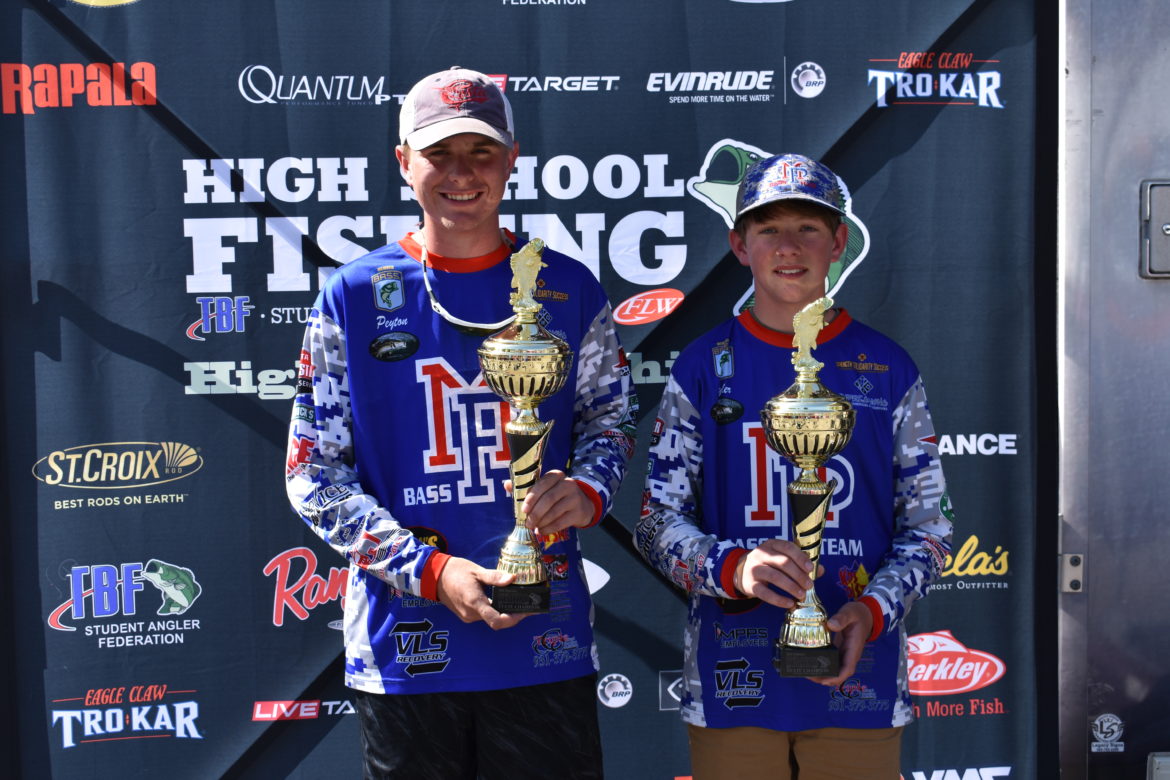 It was a tough bite on Kentucky Lake as winners were crowned for the 2018 Tennessee High School State Championship.  But, even when bites were hard to come by the Mount Pleasant Tiger team of Tyler Finley & Hunter Jones capitalized on those bites to bring in one of only three five fish limits.

“We had practiced the Saturday before the tournament and found a productive pattern, with him (Jones) breaking his personal best at 6 pounds 2 ounces,” Finley said.

“The morning was slow with a fish every hour but as the day went on they started to become more active.  We had a solid limit by 11am and worked the rest of our day for a big bite.”

Finley and Jones worked until the bitter end, had they  not, they wouldn’t have landed a last minute lunker that sailed them into first with 17 pounds 15 ounces.

“Thirty minutes before weigh-in we pulled up on the right stretch of bushes,” Finley said.  “I flipped into them with the Strike King Bug and she came swimming back out with it; we culled our two pounder out with a 5.9.”

Second place was less than a pound away.  Cody Gregory & Thomas Mathis from Obion County High School  had a five bass limit with 17 pounds 3 ounces.

Most teams caught their fish by flipping bushes in the back of the bays.  The water was still fairly high and the majority of teams were catching them in 3-4 feet of water.  The most popular baits of the day were Brush Hogs, jigs, trick worms, spinnerbaits and shallow crankbaits.

The biggest bass of the day went to JT McClain & Landon Priest with a 6 pound lunker.

These five teams also qualified for the 2018 National Championship to be held in conjunction with the 2018 High School Fishing World Finals  at Pickwick Lake on June 26-30 in Florence, Ala.