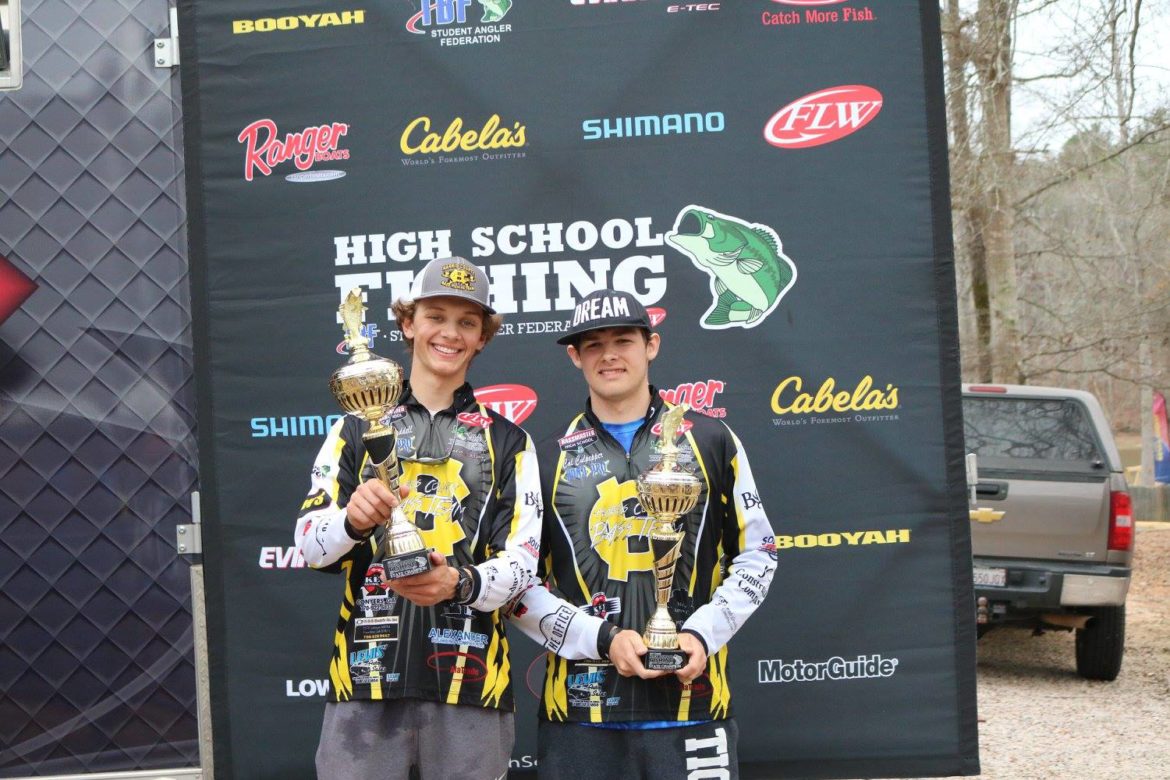 It was evident early the bite had been stingy during the day.  Many anglers were catching solid numbers of fish but were struggling to meet the 14 inch requirement.  But, as the weigh-in continued competition heated up as the number of limits increased and the race for the top seven got tight.

Cal Culpepper and Mason Waddell from Harris County High School would claim the state champion titles with a limit of bass weighing 12.10 pounds.  Just eight ounces behind in the runner-up spot was Hunter Parker and Daniel Parnes from PHS Bass Club with 12.02 pounds.  Parker and Parnes also received the Lew’s Big Bass award for their 6.02 lunker.  The award earned each of them a Lew’s Reel.  Finishing in third by only seven ounces was the Greenbrier High School team of Jacob Blumling and Coleman Johnson with a limit weighing 11.11 pounds. 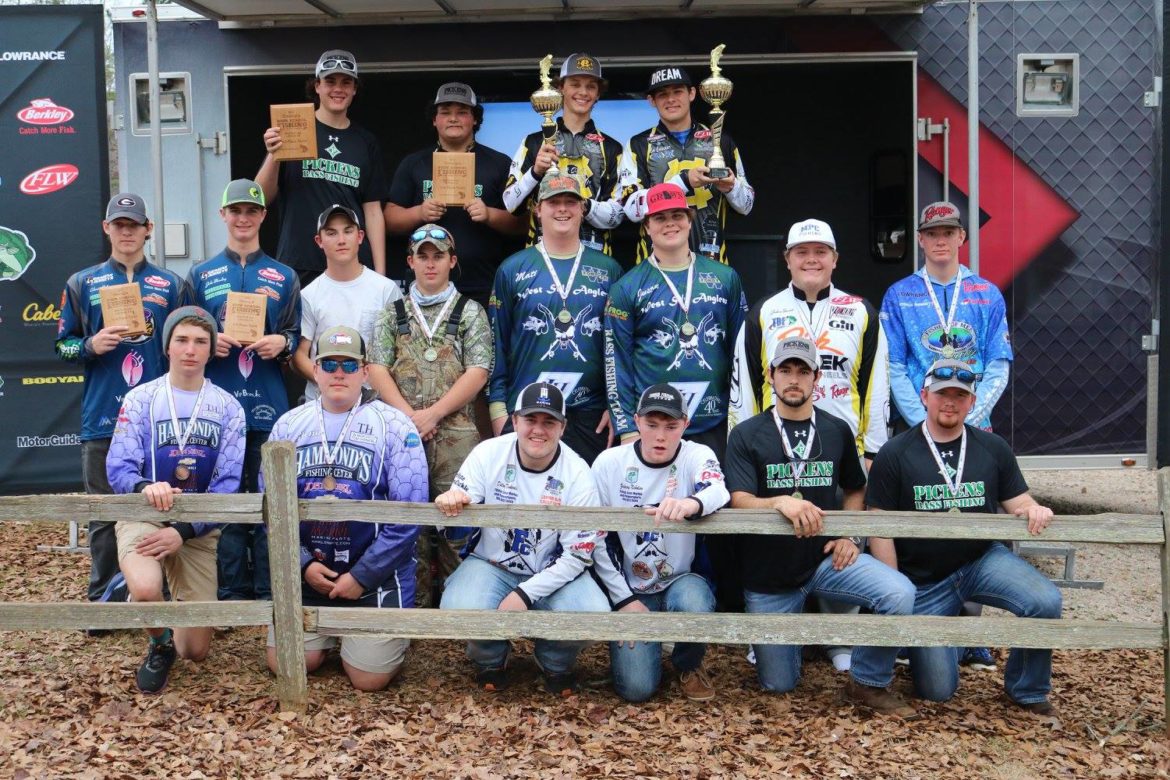 The fourth and fifth place qualifiers were the teams of Foster Dubroc and Caleb Straight of Marietta High School and Matthew Jones and Justin Padgett of West Side High School with 11.06 and 11.05 pounds, respectively.  The sixth place team was Joshua and Andrew Bennett from Mount Paran High School with 10 pounds.  The seventh and final qualifying spot  was the North Forsyth team of Glenn Worley and Paul Marks with 9.10 pounds.