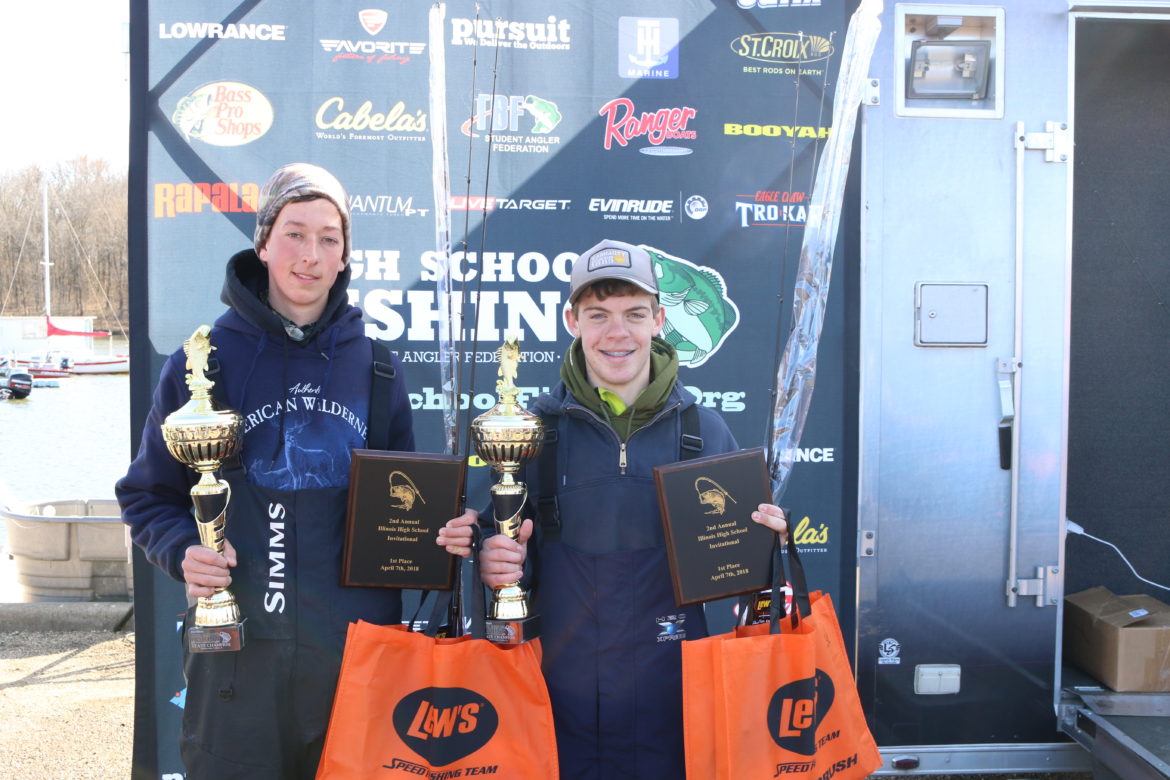 Cold temperatures and even colder winds may have kept the bite down this weekend, but not the Illinois high school anglers.   SAF anglers traveled from across the state to compete in the 2018 Illinois High School State Championship on Clinton Lake.  The top two teams advanced to the National Championship held in conjunction with the 2018 High School Fishing World Finals to be held in June 26-30 on Pickwick Lake.

First Place honors went to the team of Tyler Coon and Clayton Hill. They weighed a limit of bass for a total of 16 lbs 2 ounces.  Second Place was the Sandwich team of Garrett Beatty and Dexter Wesson who weighed in five bass for 15 lbs 15 ounces.

In third place from Peoria Notre Dame was the team of Connor Jacob and Jordan Alwah with a limit weighing 15 lbs 13 ounces.  Fourth place went to the Deer Creek Mackinaw team of Jake Golden and Caleb Hill.  Golden and Hill weighed in a limit with a total weight of 13 lbs 2 ounces. 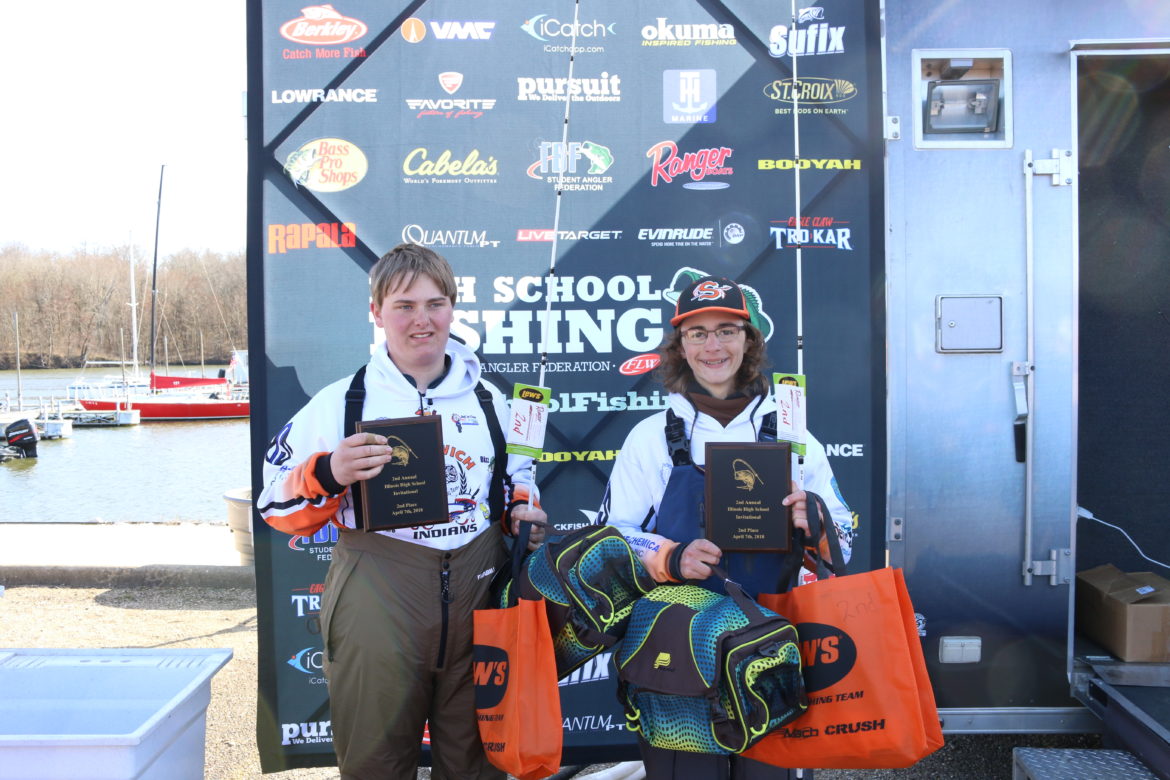 Rounding out the top 5 was the Monticello team of Alex Orberson and Cooper Hunt. The team weighed in five fish for a total of 12 lbs 2 ounces. 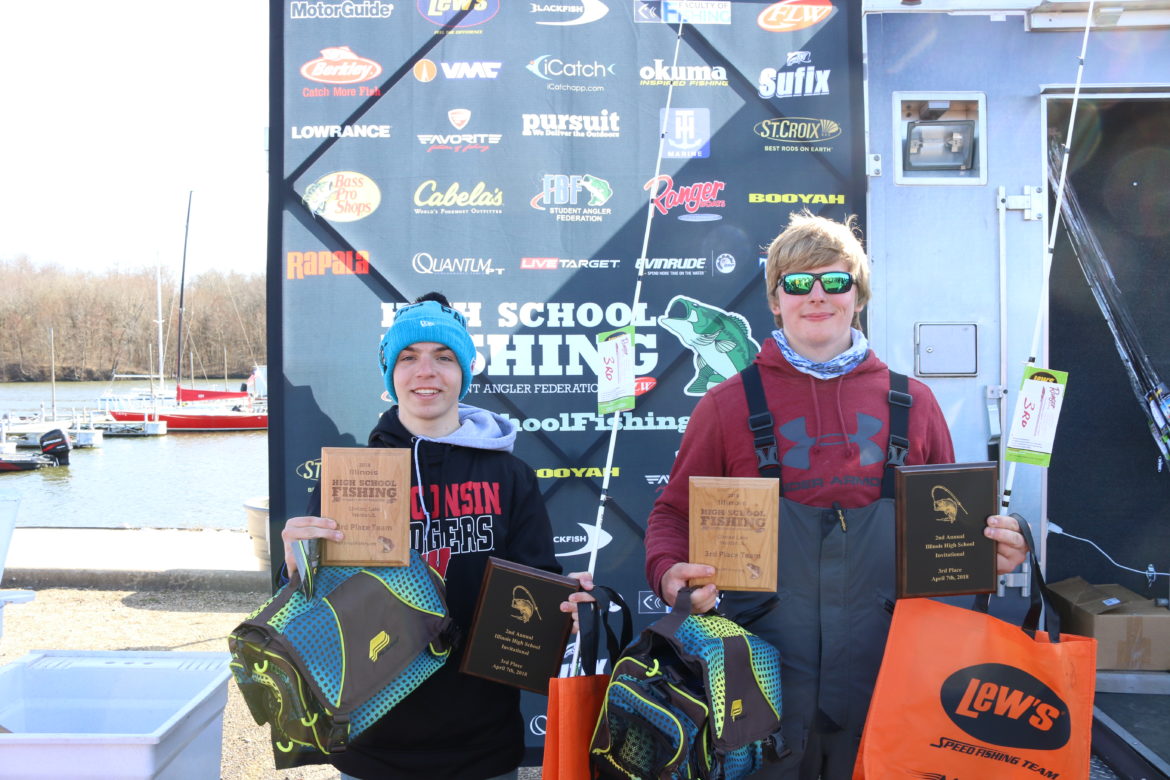 Most fish were caught on a white spinnerbait or a crawfish colored crankbait or a black and blue jig. 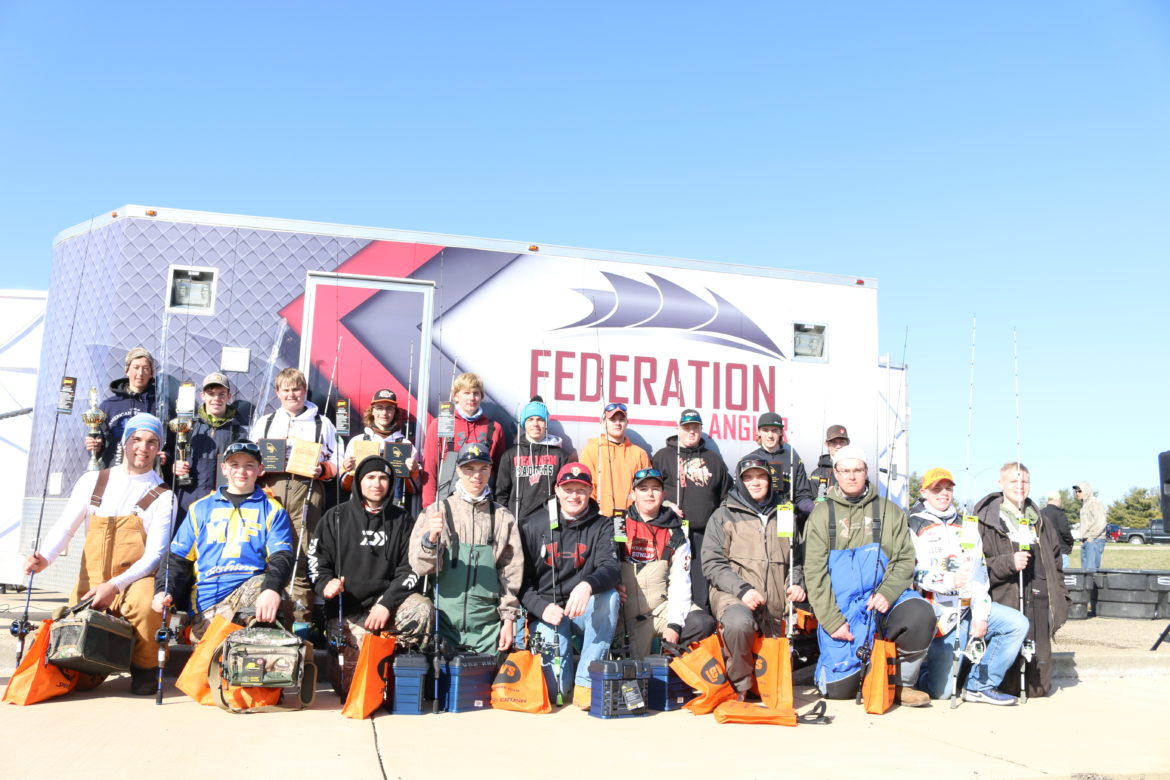