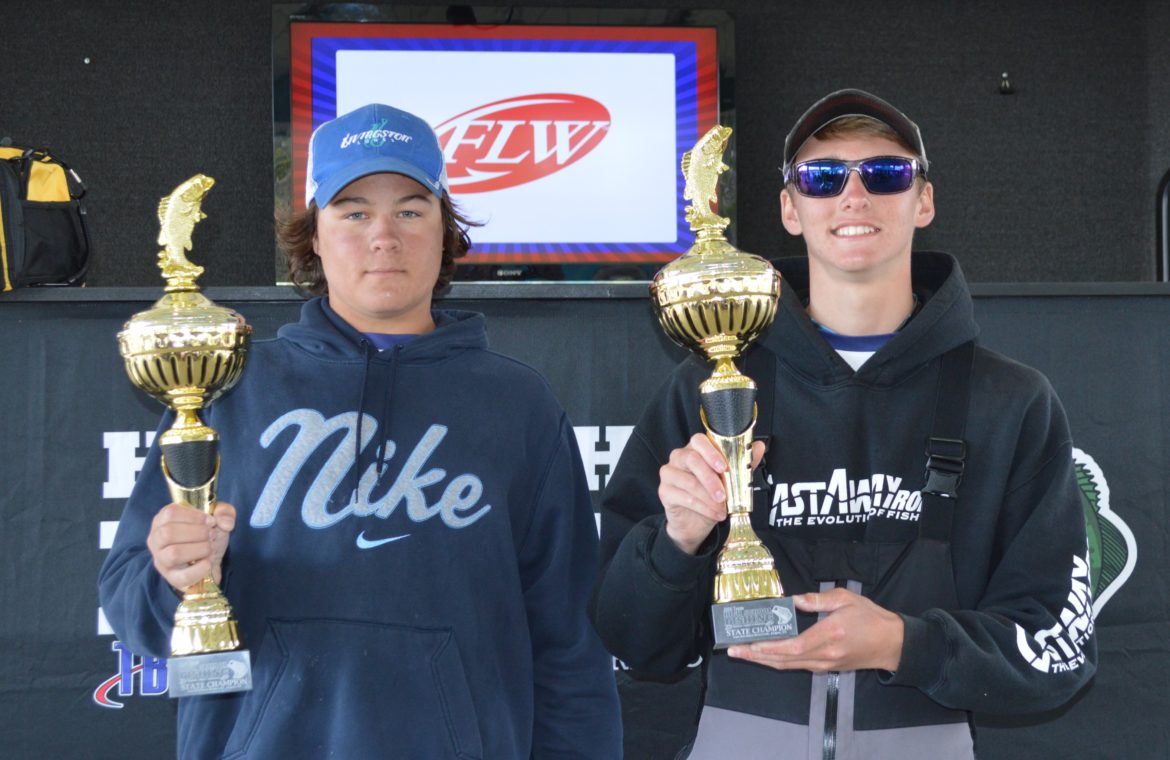 Joe Beebee is no stranger to winning and catching big sacks of bass. In 2014, Beebee and his partner caught a 32lb bag, still an SAF record, to win the Texas State Championship at LBJ Reservoir. Saturday on Sam Rayburn, the only difference was his new partner Chad Mrazek.  Mrazek helped the team catch a five fish limit weighing 18lbs 5oz to claim the title of Texas State Champions with well over an 100 boat field on a very windy day at “Big Sam.”

“We caught all of our fish today punching heavy mats of what we call hay grass,” Beebee who is a junior at College Park High School, said. “We found the combination of 9 to 12ft deep water and where the heavy mat was connected to the bottom seemed to be holding more fish,” Mrazek who is a sophomore at College Park, said.  The pair used an Excite Craw jig in green pumpkin red color to catch the majority of their fish.

When asked what the key to their success was the pair answered the work of the boat captain fighting the wind and staying confident when the conditions changed from their pre-fishing pattern. The team will now lead an eleven team contingency to the Southern Conference Regional Championship in Shreveport, La., to be held in October with hopes of advancing to the SAF National Championship.

Coming in second, was the team of River Lee and Colby Vinyard from Leon High School who also had a limit that tipped in at 16lbs 3oz to claim the runner-up spot. Finishing in third was the Marble Falls High School duo of Blake Lilly and Calvin Todd who had a limit weighing 15lbs 14oz to advance.

Fourth place went to Andy Ortega and Blake Terry from Permian Odessa High School with a limit weighing 14lbs 10oz. The number five spot went to Logan Wood and Keaton Butler from Nederland High School with 14lbs 1oz. Following closely behind them was last year’s championship team of Chase Hux and Matt Nichols who worked their way through motor trouble to catch a limit that weighed 14lbs even to advance.

Will Rice and Brett Herrin from Kirbyville High School had a limit of bass weighing 13lbs 3oz to claim the seventh spot. The number eight team of Emily Hamilton and Sam Shaw from Huntington High School didn’t catch a limit of bass but, they caught a monster 9lbs 1oz beast to claim the Lew’s Big Bass award and advance on just three fish and a total weight of 13lbs 2oz.

Ninth went to the Splendora High School duo of Hunter Goodrum and Trey Kinard who had a limit weighing 12lbs 13oz, which tied them with Braden Berryman and Kenneth Pickett from Kirbyville who also had a limit of the same weight.

Claiming the final qualifying spot was the team of Tanner Moreno and Andrew Moore from Shepard High School who had a limit weighing 12lbs 12oz.

Special thanks go to the Jasper County Development Council and Mr. Brian Branum from the beautiful Umphrey Family Pavilion, as well as, Ms. Stephanie Martindale and the entire Jasper High School Fishing team who played host at the Friday Night Registration meeting. 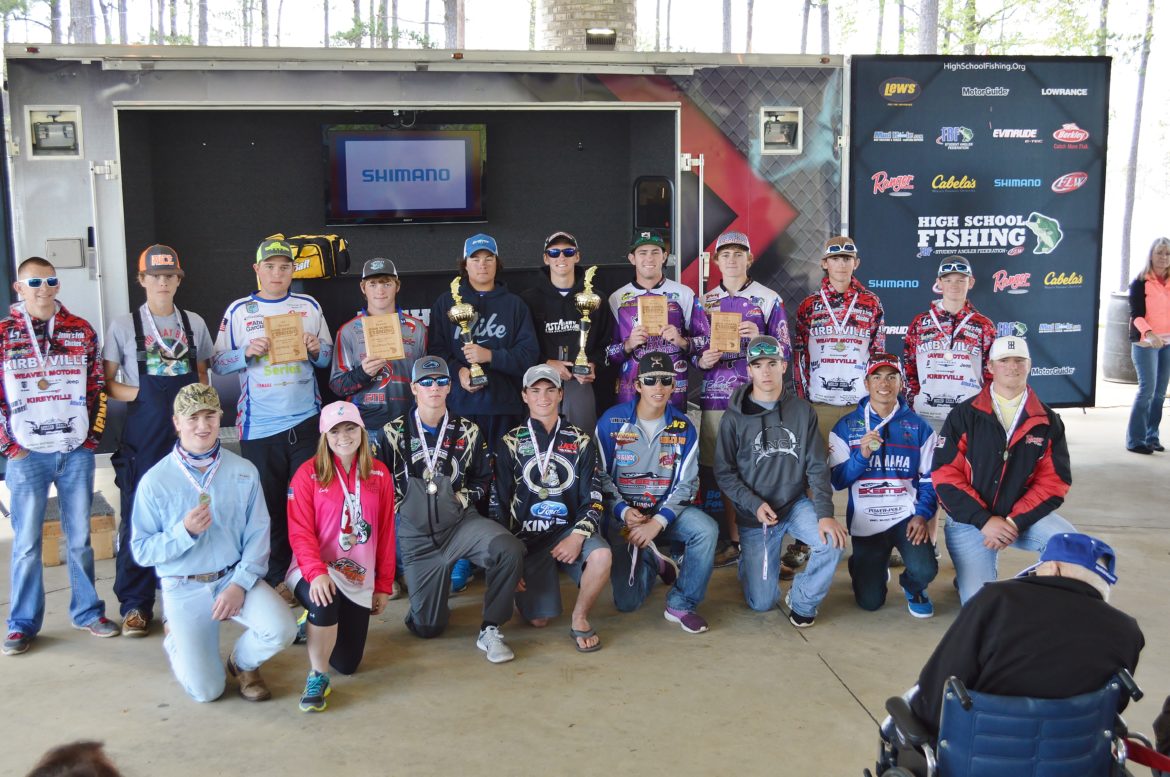