The Battle on Balboa 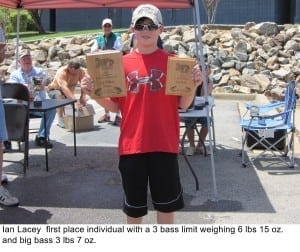 Saturday April 26th the third annual Battle on Balboa was held on Lake Balboa. The event is sponsored by the Ouachita Bass Anglers club and  matched the Cobra Bass Club from Fountain Lake High School against the Jessieville Bass Fishing Club from Jessieville High School. Thirty four students participated bring in 72 bass and all but one of the bass were returned to Lake Balboa alive. Fourteen students from the Cobra team were selected by Angler of the Year points to compete against the fourteen students on the Jessieville team. 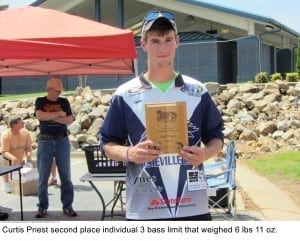 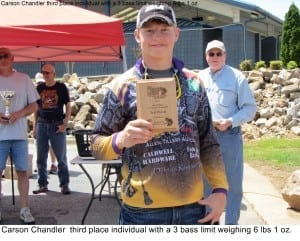 Second place individual was won by Curtis Priest with the Jessieville team. Curtis had a 3 bass limit that weighed 6 lbs 11 oz.

The team trophy for the second year was won by the Cobra Bass Club from Fountain Lake High School with a team weight of 51 lbs 1 oz. Additionally the Ouachita Bass Anglers gave each club a $200 check.