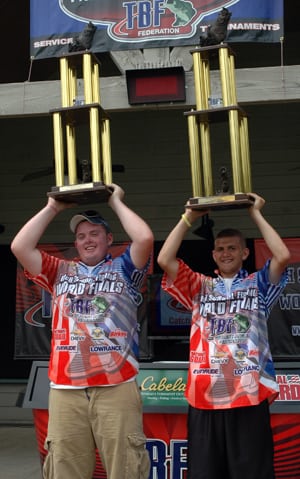 July 24, 2010 – Raymer and Snyder, from Meade County High School sealed the deal today with a sweet victory on the finale of the inaugural 2010 High School Fishing World Finals on lake.  Both walked away with $4,000/yr up to four year scholarships totaling $16,000 a piece/$32,000 from Bethel University, spots on the Bethel University Varsity Fishing team, $500 Cabelas gift cards, new Compaq laptops, a Berkley Prize Package including a Revo Reel and 30% Pure Fishing on  the TBF website, plus some heavy jewelry.  The weights were zeroed for the final day of competition, making the playing field level and the weigh-in intense.  Raymer and Synder were the last to the stage.  With only the team from North Canyon High School in their way, the Meade County team excited the crowd and themselves as the scale read 16lbs 2ounces, pulling them ahead by 2lbs to win it.

Raymer and Snyder earned the right to be called champions and did so with class.  Throughout the event these anglers displayed consistency, determination and sportsmanship at every corner.  In the end, their teamwork paid off.  “We found this one grass mat that held our fish the whole week,” Raymer said.  “We were throwing a strike king with a grey shad on it and we lived and died by the sword on that spot.  If there were no fish there we would have been in trouble all week,” Raymer said.  “Yeah, we just circled around, circled around, circled around,” Snyder added.  They proved to be consistent in their improvements each day.  Day one with three fish, day two with four, and today, with five fish both anglers stuck to their topwater pattern and never gave up.  “It just got better every day because we dialed in on what we needed to be doing,” Snyder said.  “It’s actually funny because we came into this event thinking a swim jig was what was going to work for us, and half way through the first day we just randomly tried out that grey shad; we had never thrown the bait in our lives,” Raymer said.  “It paid out big for us.”

This week was not only about fishing, but also education and why it’s important for the future.  In turn, four specific awards were handed out to highlight just that.  In addition, two awards were all about who traveled the farthest and which team brought the most school spirit with them.  First, the Conservation Award, sponsored by Rideout Lumber, looked for the team who took care of their catch the best.  This was awarded to Jenna Beam and James Maywald from Ponca City High School.  Next, the Boater Safety Award, sponsored by Arkansas Game and Fish, was unanimously given to Jordan Burdette and Brandon Merical from Farragut High School.  The Marketing Award, sponsored by Ranger Boats, was awarded to the Dover High School team for their tremendous efforts promoting their team and the sport of high school fishing.  They received a $250 Ranger Clothing Voucher.  Another award was the Sportsmanship Award, sponsored by Wilkins Brothers, which hands down went to the team from Pottsville High School, Hunter Daniel and Corey Mckown.  These anglers let a team from Dover High School have their water because they knew they had a shot at the top seven; they received brand new rods and glasses.  The anglers who traveled the farthest received the Going the Distance Award and $100 gas card.  Traveling 1224 miles was the winning team from North Canton High School in Phoenix, Ariz, Brandon Koon and Thomas Chambers.  Last but not least, was the School Spirit Award, sponsored by Cogswell Motors.  Baylee Jo Linker and Haley McGuire from Pottsville High School received this award and $100 Wilkins Brothers gift card.

Additional prize winners were one lucky member of the crowd who took home a $1,000 Cabela’s gift card by entering his name in a drawing we advertised all week and a TBF high school fishing member who won a Sony Wii for winning a dance/surfboard competition we had at the Friday night Celebration Party.  There were so many opportunities to win prizes and several of the high school anglers went home with tons of merchandise, and hopefully a week they will remember for the rest of their lives. 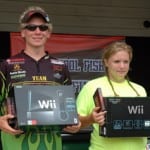 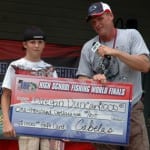 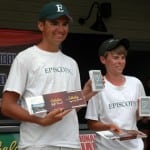 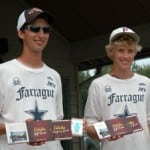 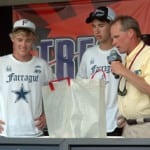 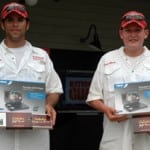 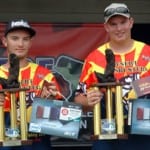 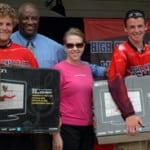 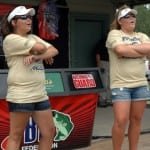 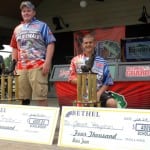 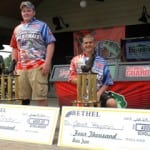 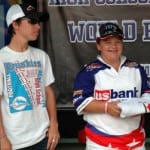 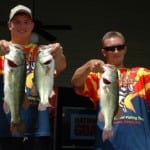 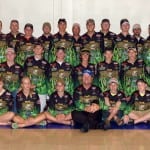 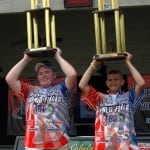